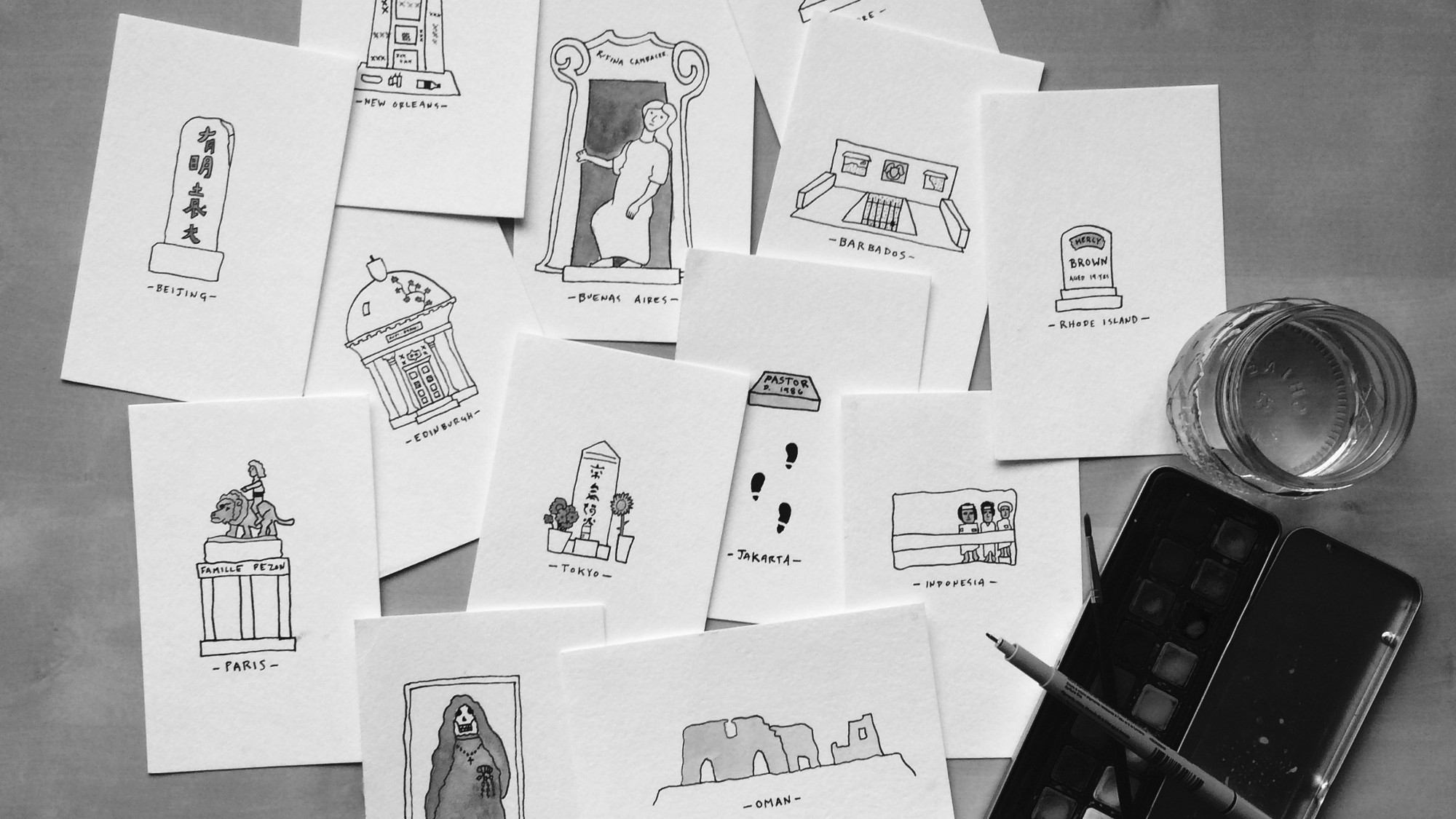 Graves are unnerving. They confront the living with the dead. They manifest the thin threshold between the known order of life and the unknown beyond it. And that makes them wonderful. For at a grave, one encounters immortality as both physical design and whispered story.

From Indonesia to Baltimore, Oman to Tokyo, here are 13 peculiar graves worth knowing and the stories that make them extraordinary. 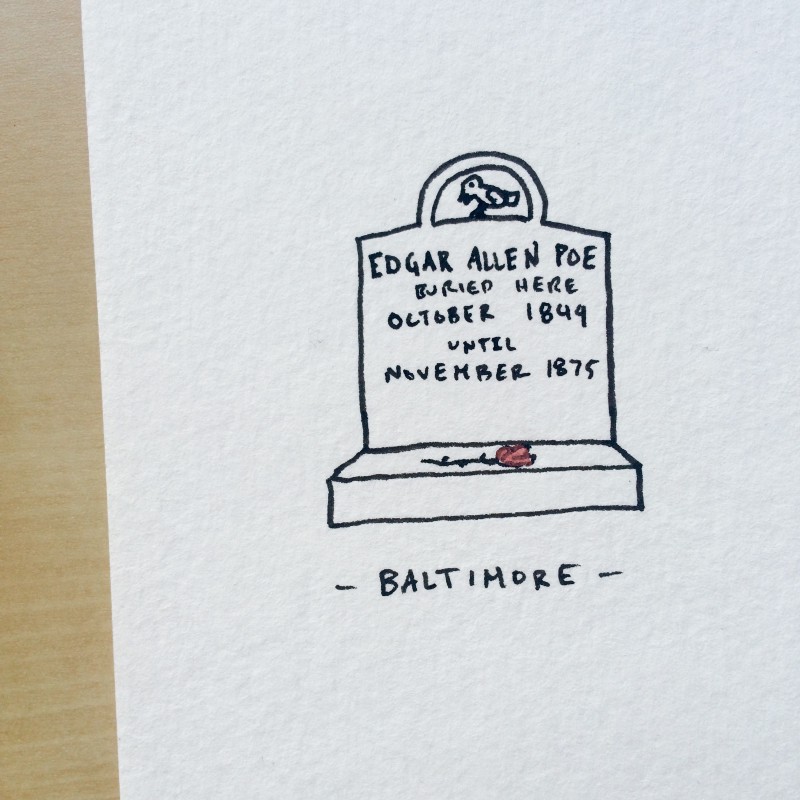 As a writer and poet, Poe defined the American idea of horror as bloody, unnatural, and unnerving. He died in 1849 in a drunken stupor wearing clothes that were not his own, and no one has ever figured out what killed him. At his grave in Baltimore, 3 roses and a cognac were laid by a mysterious visitor on Edgar’s birthday for 50 years. The meaning and identity of this “Poe Toaster” have never been resolved. 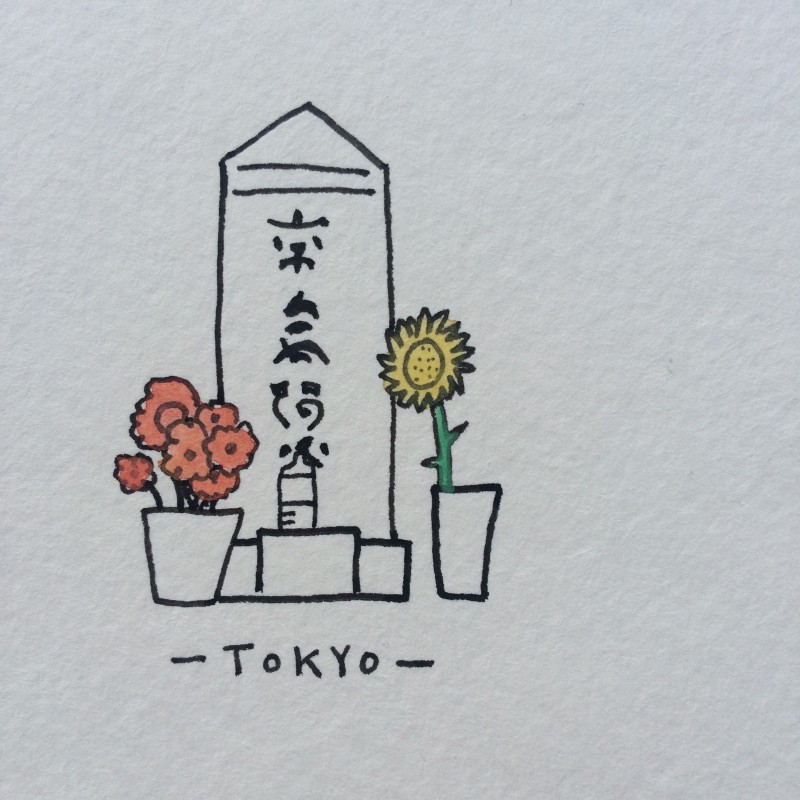 Taira was a samurai who rebelled against the Emperor in 940 CE and was quickly killed. His head was taken back to Edo, now Tokyo, and hung as a public warning. There, things got weird. The head began to speak. Its eyes moved. And eventually the head flew out of its cage and back to Taira’s home hundreds of miles away. Recaptured, the head was given a lavish grave and deified as a malevolent spirit that must be appeased. It is said that moving or angering the grave will cause Tokyo a natural disaster. So people leave flowers to keep the haunted head happy. 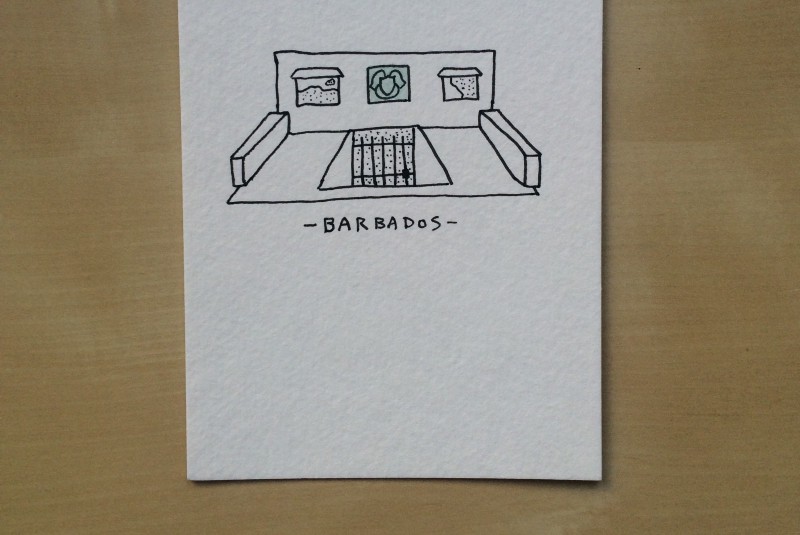 In 1809, three bodies were laid to rest in this family tomb and sealed in coffins. But when the Vault was reopened in 1812, the coffins were in wild disarray — moved by some unknown force. Family additions in 1816, and 1819, revealed similar inexplicable coffin shifts. However the priest left the tomb, he would reopen it years later in concerning chaos. These “moving coffins” have never been explained. But published reports in London newspapers made the alleged hauntings an international phenomenon. 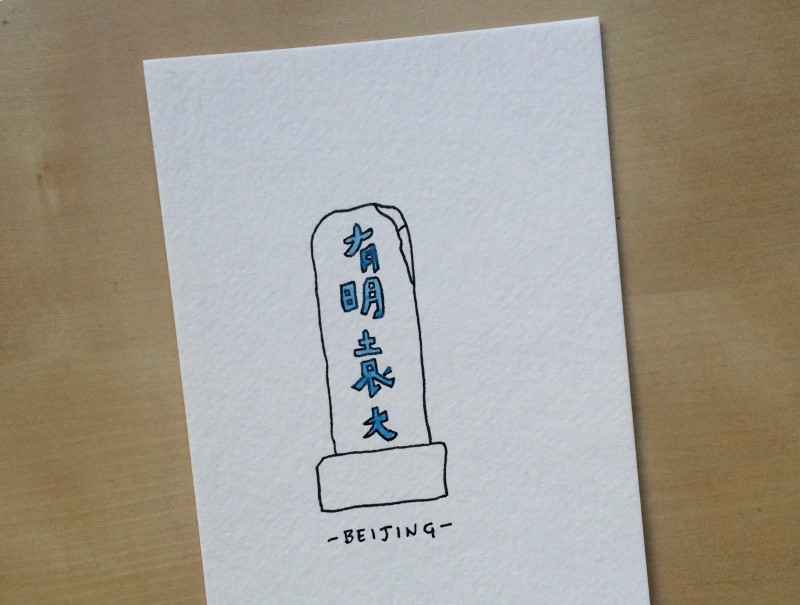 In Imperial China, traitors were executed by a method of “slow-slicing” known as lingchi. This “death by 1,000 cuts” ensured that a condemned traitor suffered without dying- sometimes taking full days to expire as individual parts of their body were cut away. In 1630, Yuna Chonghuan was arrested and sentenced to lingchi on dubious charges of aiding the enemy Manchus. He proclaimed his innocence and his commitment to protecting Beijing even in death. Locals allegedly bought the skin cut off him to eat as a sign of their hate and distrust. Only his head was spared. 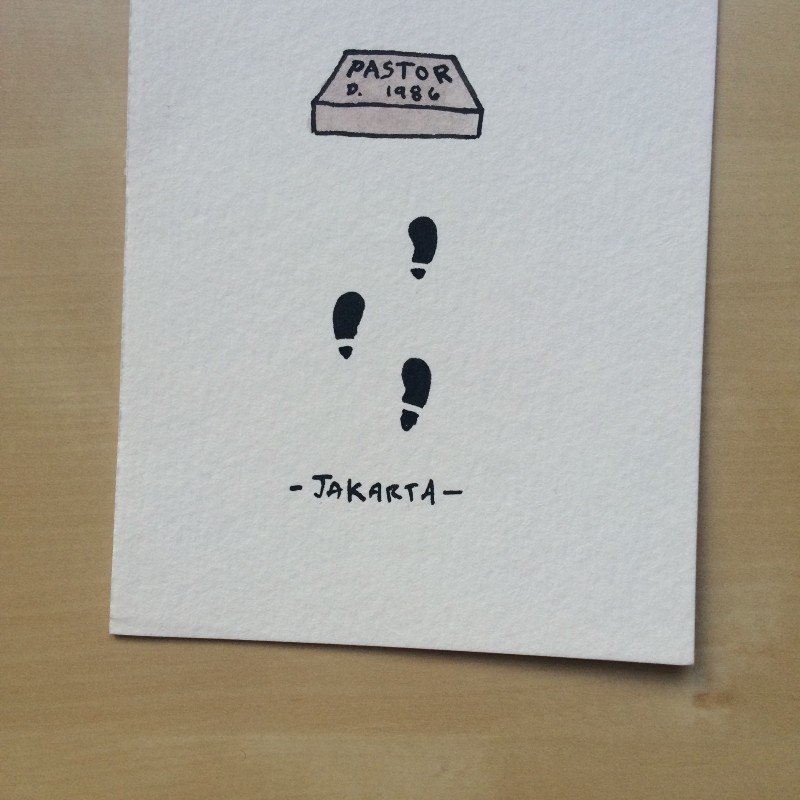 In 1986, a night guard in Jakarta’s most famous cemetery saw someone wandering the park after dark. He was dressed as a pastor, possibly paying final respects at a grave. But when confronted, the stranger turned and revealed that he had no head. Since then, an entire mythos in film and urban legend has surrounded the Headless Pastor of the Jeruk Purut Cemetery. And many go looking for him among the stones after dark. There is only one rule: you must be in a odd-numbered group to see the Pastor.Like 3, 7, or…13. 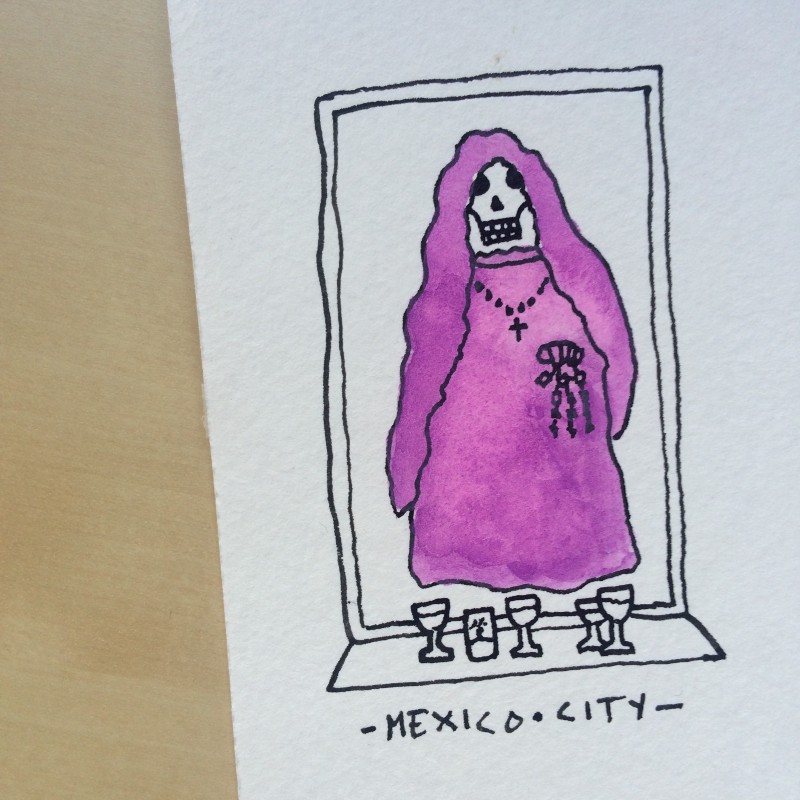 6. Shrine of the Santa Muerte (Mexico)

The worship of death as something divine dates directly from Mayan and Aztec traditions in Mexico. But mixed with Catholicism, death worship has taken a feminine form depicted as a skeleton in gowns and jewels. This is the Santa Muerte or “Holy Death.” Long an underground cult, alive among fringe parts of Mexican society, the Santa Muerte is now a public and even touristic enterprise. In 2001, a grave/shrine was erected in Mexico City’sTepito neighborhood, allowing visitors to leave offerings and prayers, like liquor and gold, to a skeleton changing clothes several times a year. 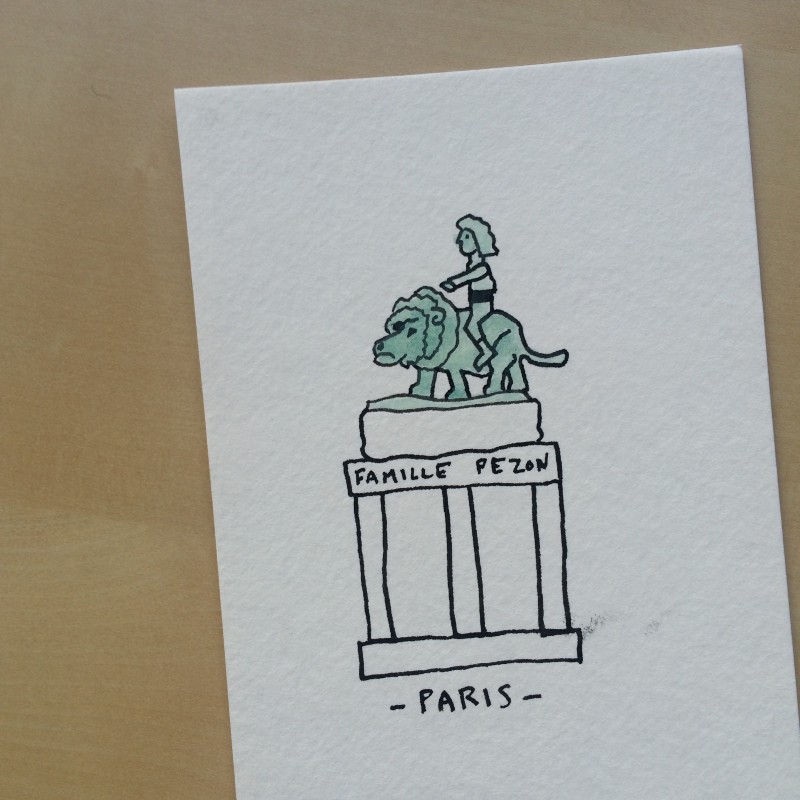 The Père Lachaise graveyard in Paris is filled with remarkable things. Visitors stuff love letters in the grave of Chopin or leave whiskey for Jim Morrison. Atop the grave of lion tamer Jean Pezon, the performed sits proudly astride his lion Brutus. It was Brutus who ensured Pezon had this elaborate grave- by eating him in 1897. 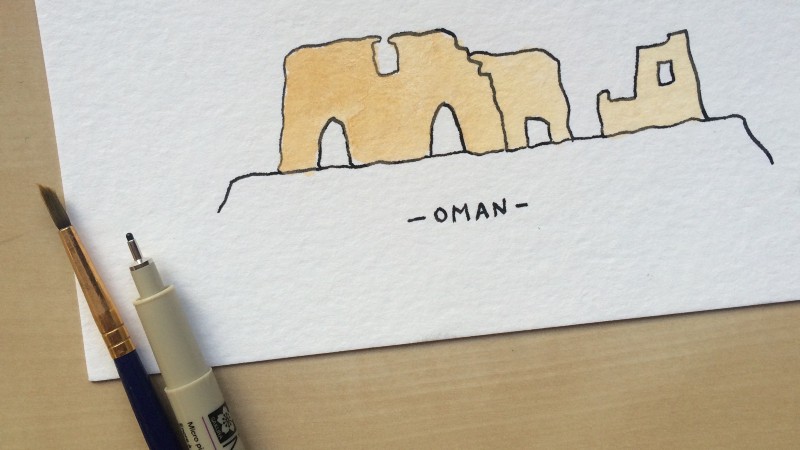 8. The Flying Mosque of Bahla (Oman)

The city of Bahla in Oman is a UNESCO World Heritage site. A fortress at this remote 0asis pre-dates the rise of Islam. Bahla is also known as lost center of “Black Magic” where powerful scholars could control spirits of the desert, called Jinn or genies. The Flying Mosque is the grave site of 3 Holy Men who commanded Jinn to bring them a mosque overnight. Where there was only sand, the Jinn erected a mosque from a faraway town. Now only sand and stone remains, along the with the legend of these “3 saints.”

At the peak of the “New England Vampire Panic” (a real thing check it out), rural communities beset by tuberculosis believed undead forces were the cause. In Exeter, Rhode Island the body of recently dead Mercy Brown was dug up by the townspeople after 3 of her siblings died of TB. Her body was remarkably unchanged, suggesting to locals that she was now a vampire. Following superstition, Mercy’s heart was cut from her chest and burned. The ashes were then served in a drink to heal her brother Edwin sick with Tuberculosis of his own. It didn’t work. He died 2 month later. 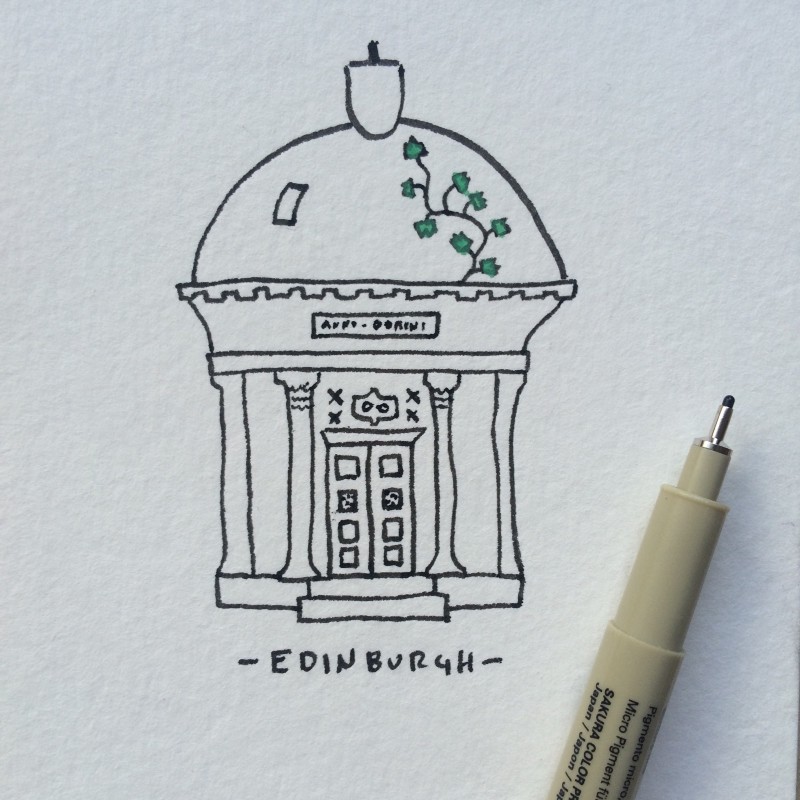 In the “Black Mausoleum” of Edinburgh’s Greyfriars Kirk graveyard, the body of George Mackenzie lay untouched from 308 years. Then a homeless man broke into the tomb looking for a place to sleep. He picked the wrong tomb. Legend says this offense released a poltergeist known for vicious pranks and terrifying apparitions. It is believed to be Mackenzie’s ghost, cursed by his violence towards 1200 Presbyterians in the 1600’s. 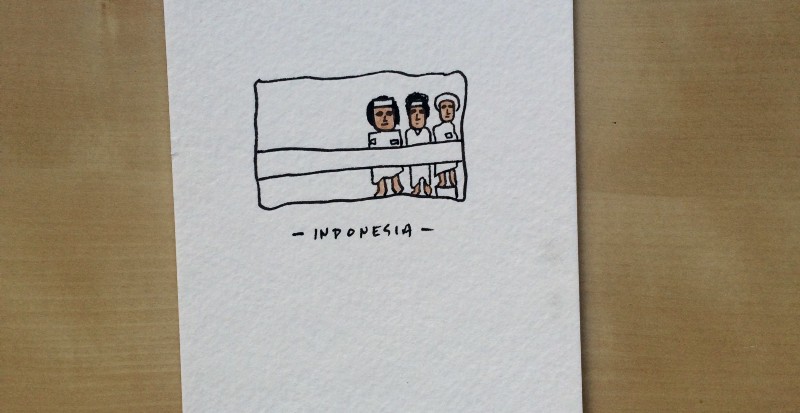 11. The Tau Tau of Toraja (Indonesia)

Funerary rites in this remote part of Indonesia are elaborate and can last several months. Coffins are placed in caves carved from cliff faces or hung from trees until the ropes rot. Wealthy citizens are remembered in wooden effigies with wide eyes who watch over the resting place of the dead. They resemble their benefactors and may aid their journey into the afterlife. Perched in cliff faces, hills, and trees, these figures are the dead reimagined. They are one part guardian, and one part death doll. 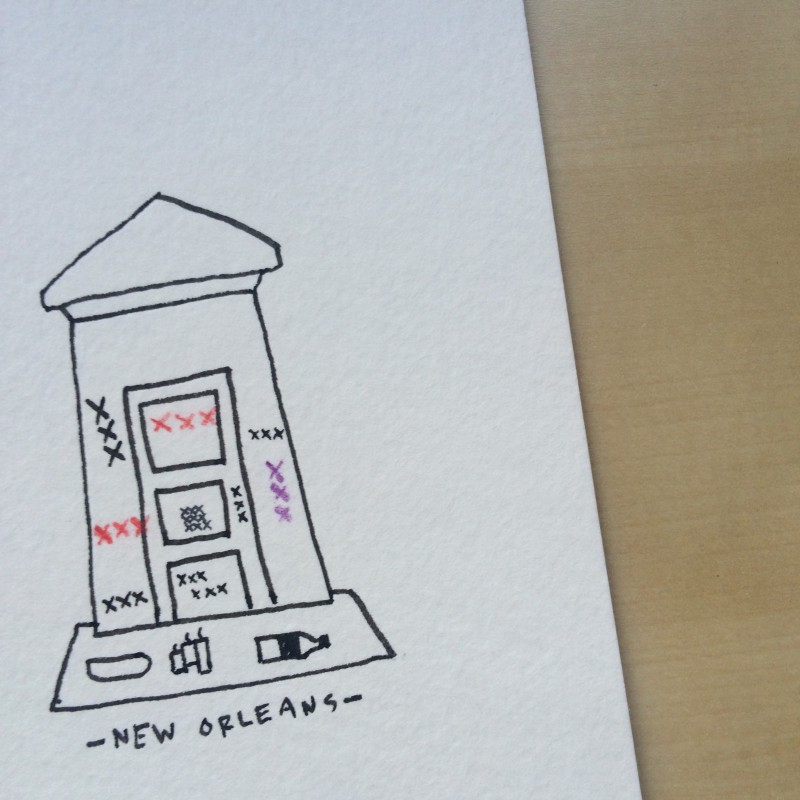 Born in New Orleans to two biracial parents, Marie Laveau grew into an influential Creole women. She popularized a unique blend of Catholic and African religious practices, said to hold magic power, that was called “voodoo.” Laveau called it gris-gris or ‘grey magic’ because it lay at the intersection of good (white) and dark (black) magical traditions. And Marie Laveau would happily grant spells, potions, or curses … for a price. After her death, legend grew that a person visiting her grave could still beseech her for a wish. They need only break off a brick from a fellow grave, turn around 3 times, trace 3 X’s on the grave with the brick, and yell the wish. If it came true, they would owe Laveau an offering- returned to the gravesite of course. 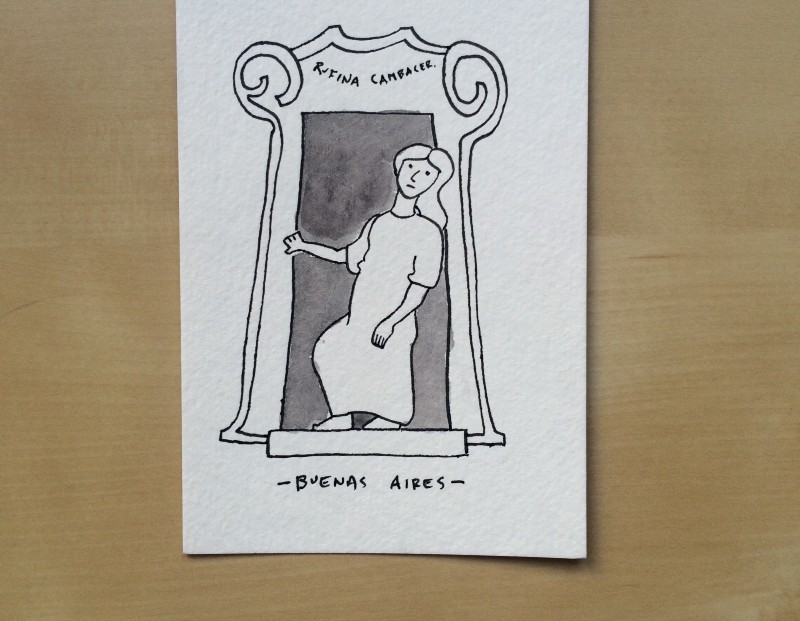 This Buenos Aires beauty was said to be buried alive after a shocking revelation about her boyfriend caused her to collapse. Young, popular, and breathtaking, Rufina was mourned across Argentine society. But just days after her death a groundskeeper found her coffin lid broken and fearing grave robbery opened it — to reveal the now-dead beauty’s hands bloody from trying to escape. 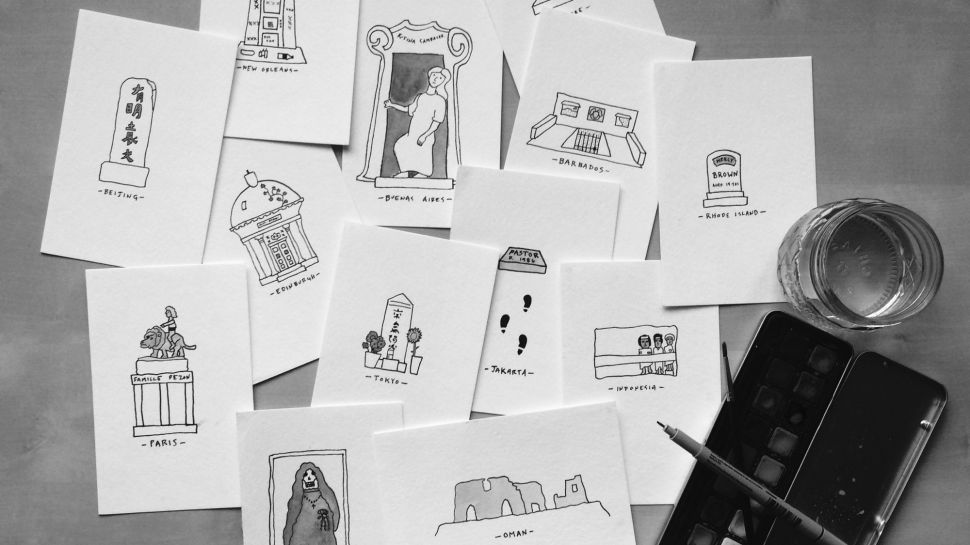