Despite a guilty verdict in his federal corruption trial, former Assembly Speaker Sheldon Silver today stuck with his long-standing mantra: he will be vindicated. Eventually.

“I’m just disappointed right now, and ultimately I believe after we file the legal challenges we’ll have a different result,” Mr. Silver told a throng of reporters awaiting his departure from a federal courthouse in downtown Manhattan this afternoon. Asked whether that meant he still believed he would be vindicated, Mr. Silver responded: “Yes.”

Mr. Silver, 71, a Democrat who reigned over Albany as speaker for more than two decades, was found guilty today today of fraud, extortion and money laundering charges brought by U.S. Attorney Preet Bharara. The verdict came after a three-week trial in which the government sought to show Mr. Silver traded state research grants for mesothelioma research in exchange for lucrative legal referrals of mesothelioma patients exposed to asbestos; and, in a separate scheme, that he directed real estate firms with business before the state, including Glenwood Management, to hire a friend’s law firm—netting him more referral fees.

Mr. Silver’s attorney, Steven Molo, said he would be filing challenges in U.S. District Court to continue the legal fight.

A car was waiting for Mr. Silver, but with the crush of reporters and the flashing lights of their cameras in the evening darkness, it was difficult for him to reach. “I can’t see a thing,” Mr. Silver said as he and his attorneys tried to get through the crowd.

Mr. Silver’s hope for a “different result” in the case after appealing to a higher court is not without precedent. Former Senate Leader Joseph Bruno, a Republican, was convicted on corruption charges in 2009—only to see the conviction vacated after the Supreme Court deemed the law used to convict him too vague. Prosecutors charged him again but a jury found him not guilty.

In addition to facing prison time, the conviction means Mr. Silver has been automatically expelled from the State Assembly, where he’d held onto his seat even after giving up his leadership position earlier this year. Asked what he’d say to the constituents who have supported him during his nearly 40-year career, Mr. Silver was succinct. 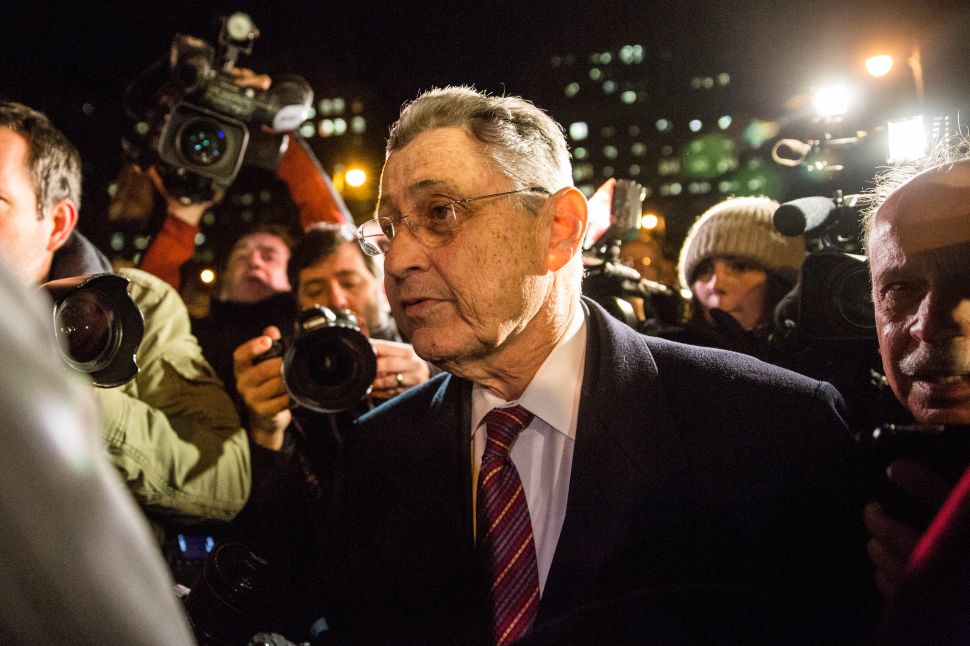