In an interview after the terrorist attacks in France, Mayor Bill de Blasio today had rare praise for former Mayor Michael Bloomberg’s administration and the “strong apparatus” it created for combating potential threats—an apparatus that became a target of criticism from Muslim New Yorkers and civil rights groups.

The mayor took to the airwaves to assure New Yorkers that steps were being taken shore up security at potential targets, particularly locations belonging to the French government. He acknowledged that the terrorists that unleashed a wave of violence across the City of Light chose so-called “soft targets” like a restaurant, a stadium and a concert hall—where dozens of Parisiens were held hostage until a police raid just a short while ago.

But he said that the NYPD was well equipped to handle any potential threats thanks to the work of former Police Commissioner Ray Kelly, a frequent de Blasio critic, who he said had “tremendous success” preventing any other attacks following 9/11.

“Commissioner Kelly, to his credit, put a big, big focus on fighting terror. He built a very strong apparatus. We have continued to build on that foundation,” Mr. de Blasio told ABC 7 in an interview.

Mr. Kelly came under fire in 2012 when it came to light that he had used a network of infiltrators to keep New York City’s Muslim community under surveillance—a practice he and Mr. Bloomberg defended. Mr. de Blasio’s NYPD commissioner, Bill Bratton, disbanded the unit—though in September the mayor agreed to have the city take part in the Department of Justice’s “Countering Violent Extremism” program monitoring online interactions, to the chagrin of some Muslim leaders and civil libertarians.

Tonight, the mayor insisted that the NYPD needed the cooperation of all groups to combat terror, and encouraged vigilance among New Yorkers.

“That’s one of the things that actually does help to inhibit attacks, and we’re trying to do that not only with those broad public reminders, but by building very close relationships in all communities with our police so that if any member of a community sees something suspicious, they know to turn to the police and report it right away,” he said.

Updated to reflect that the hostage situation has come to an end. 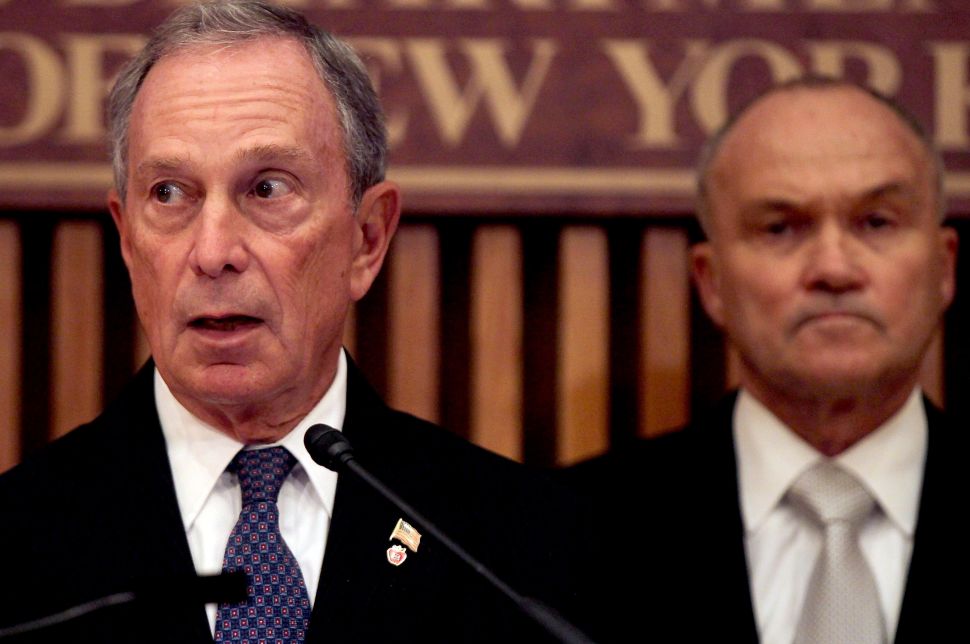