Former Texas State Senator Wendy Davis gained national notoriety in June 2013 for an 11-hour filibuster she delivered on the senate chamber floor of the Texas legislature. A member of the state’s Democratic minority, she fought to block a bill—sporting memorable pink running shoes—that would reduce access to abortion throughout Texas. The bill—HB 2—was passed shortly after and is currently being held up in courts over constitutionality.

Riding the momentum of her political stardom, she ran for governor in 2014 when Rick Perry announced he would be retiring after his third term. Republicans have held the position since George W. Bush defeated Democratic incumbent Ann W. Richards in 1994. She lost the race to then Attorney General Greg Abbott by twenty points in an election that saw an abysmally low turnout of 28.5 percent of eligible voters. Many Democrats blamed Texas’ recent Voter ID laws for the turnout, but much of it has to do with a culture that doesn’t see value in voting. Democrats suffered heavy losses across the board in the 2014 midterm elections, losing the majority in the senate and several governor’s race.

Since leaving office as Texas State Senator in January 2015, Ms. Davis has been traveling the country speaking to women’s reproductive rights groups, and planning a gender equality initiative leveraging the base she built from her famous filibuster and governor campaign.

“My initiative is aimed at women—young women particularly—who look to me as a role model on issues about women’s empowerment and equality,” Ms. Davis said in a phone interview with the Observer. “It is my hope to continue to talk to that audience and grow it so we can really help to increase the number of women who are engaged and empowered in the political process.”

‘We’ve really got our work cut out for us here because the deck has been stacked against democratic expression of values at the voting box.’

She is also focused on inspiring awareness of the importance of voting to improve turnout in Texas and throughout the country—especially with younger demographics who are traditionally absent from the polls.

“I think the key is to help people see the connections between issues they care about and the political system,” said Ms. Davis. “Especially when you look at what’s happened in politics in the lifetime of most millennials, they haven’t seen it functioning in a way that works, so they believe it’s not a place where you go to solve problems. I think it’s really incumbent upon us to tap into the issues they care about and to help them see that there really is a connection between voting, between people who are elected, and between the ability to get something done about those issues.”

Ms. Davis is also helping Democrats in Texas make gains on the Republican stronghold over political positions throughout the state. In the 2014 primaries, roughly 25 percent of voters who showed up to vote did so in the Democratic primary. With this kind of disproportionate turnout, it’s no wonder Republicans sweep in Texas.

“We’ve really got our work cut out for us here because the deck has seriously been stacked against Democratic expression of values at the voting box,” she added. “There has been such a strong effort in the last twenty years of Republican control of this state—a concerted and effective effort to silence the voices of so many people who live here. The redistricting over 20-plus years has assured people get locked into districts where their voices simply don’t matter. These people become conditioned to the fact that voting doesn’t make a difference because when they go to show up for their candidate, the Republican wins every time because the district is drawn to assure that. This teaches those voters over time that voting doesn’t matter, why bother?”

Such disillusionment has left Texas with among the worst voter turnouts in the country. A Republican sweep didn’t offer much hope for Democrats in the state.

“It’s hard in a climate where you haven’t had victories to believe that you ought to engage in the political process,” said Ms. Davis. “Over time it creates a culture of people who feel disempowered by the political system, and when you add to that the fact there has been a successful effort thus far to silence the people who were impacted by voter ID laws in this state—the more than 600,000 estimated people impacted by the passage of that law—again you see a concerted and successful effort to try to silence the voices of people who might not agree with the current Republican Party agenda. I think for Democrats the real challenge is—in the face of that—how do you find a way to help people understand and recognize they truly can make a difference when they participate?”

Ms. Davis urges Democrats in Texas to focus on small victories, noting that despite the loss on an anti-discrimination ordinance in the City of Houston this past Election Day, voter turnout was actually greater than the last mayoral election in the city.

“There’s something to be celebrated in the fact that people motivated to show up,” said Ms. Davis. “The question is, how can we find a way to reward those who are showing up with some victories here and there? I think we have to be more strategic about that and looking for places where we can have some victories and begin to change the culture of my vote doesn’t count, my vote doesn’t matter, why should I bother?” 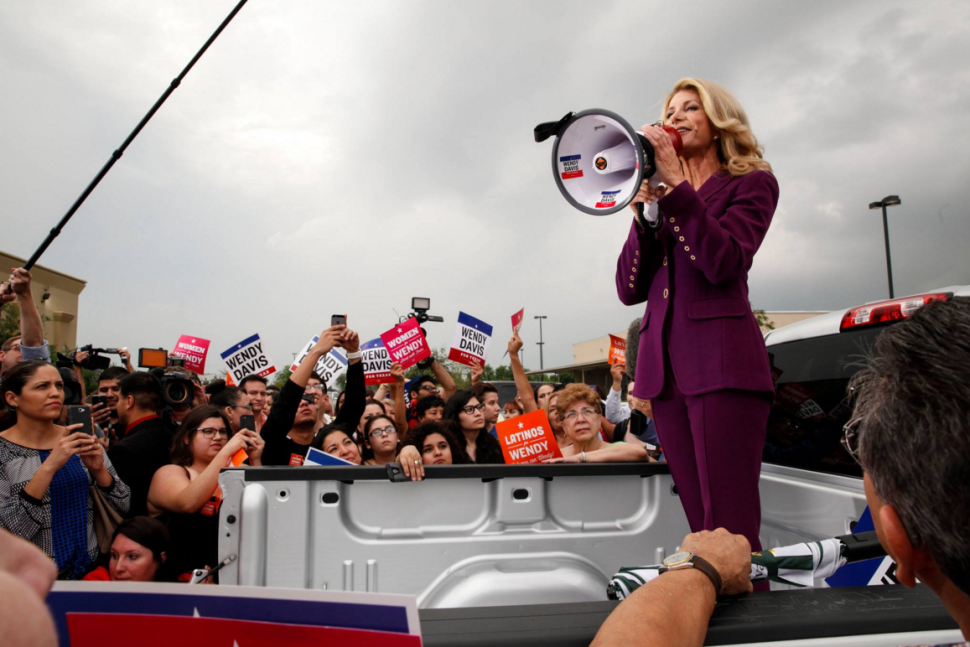