129,000 subway riders filled out delay requests last year, up about 40 percent from 92,000 requests in the year 2013. When “sorry, my train was late,” is not enough of an excuse for the boss, New Yorkers can fill out delay-verification slips online with the MTA, detailing the duration of the delay, entrance times, and exit times. In 2014 alone, late commuters filled out about 54,420 verifications for the 4, 5, and 6 trains, which carry about 1.95 million passengers every day. The subway’s “on time performance” averaged about 74 percent last year according to the New York state comptroller’s office. So far, in 2015, 109,000 delay forms have been filled out. (DNAinfo)

The de Blasio administration is supporting a petition to bring two Giant Pandas to the Bronx Zoo. While the proposition lobbied by United States Representative Carolyn Maloney would offer the pair of pandas a happy home in New York City, the Mayor’s office was initially hesitant over the $1 million annual cost to lease the pandas from the Chinese government. The pandas would also need a new habitat and upkeep would require additional dollars. U.S. Rep Maloney has agreed to fundraise privately to take care of the costs, the Mayor’s office said on Monday. Jim Breheny, the Bronx Zoo director and Wildlife Conservation Society Vice President, added in a statement “Any decision to bring giant pandas to New York would need to be based on positively contributing to the conservation of giant pandas in the wild.” (AM New York)

Brace yourselves straphangers: British-born Brooklyn artist Craig Ward, 34, is releasing a photographic series called Subvisual Subway that shows exactly what bacteria is spreading across the NYC subway system. Mr. Ward’s discoveries include E. coli, salmonella, and staphylococcus aureus. The artist cultured bacteria that he swabbed from the handrails and seats on 22 subway lines, and formed them into the line’s name, backlit with the line’s assigned color. A particularly striking example is a cloudy purple 7 in a circular petri dish blooming with staphylococcus aureus and micrococcus luteus (components of sweat and saliva). While most of the bacteria and mold shown in Mr. Ward’s series is benign, it’s still a cause for breaking out the hand sanitizer the next time you hop on your train to work. (Daily Intelligencer)

Gulliver’s Gate, a tourist attraction coming to Times Square on West 44th street in Manhattan, will display the world on a smaller scale. The project is co-founded by Eiran Gazit, who built Mini Israel near Jerusalem in 2002, and will include over 300 renderings of miniature buildings, including Grand Central and other Manhattan attractions, plus landmarks from around the world. The $30 million dollar endeavor is set to open on the first two floor of the former New York Times building in the spring of 2017 with adult admission to the attraction around $30. The best part? You can be immortalized as a tourist in the attraction. Gulliver’s Gate offers to scan and 3-D print you into a tiny tourist. (Crain’s New York)

A man wearing a bulletproof vest, ski mask, and an empty gun holster walked into The Waldorf-Astoria Hotel in midtown, Monday. Christopher Goodine, 26, from New Rochelle, who suffers from mental illness, was arrested and charged with criminal trespassing when he tried to take a shower. Mr. Goodine has had prior police problems in the states of Virginia, Florida, Georgia, and in Washington, D.C. NYPD Inspector John Hart told DNAinfo that, “He is quasi homeless and likes to keep clean,” adding that, “He appears to have emotional or mental issues with strong concerns about his personal safety. Hence, the vest.” (DNAinfo) 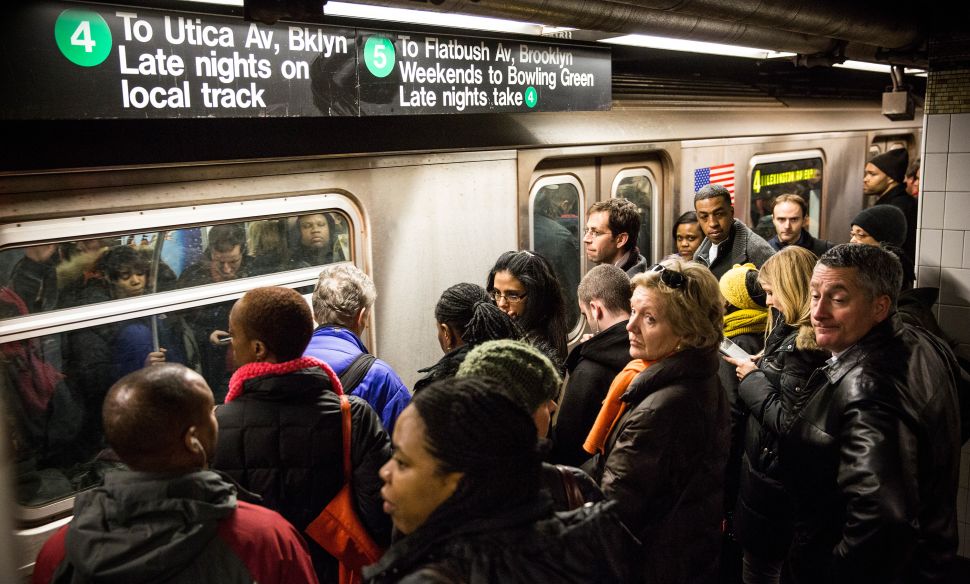