On Wednesday, the MTA gave journalists and photographers a tour of the East Side Access Project for the first time in two years. The $10.2 billion project will connect Grand Central Station to the Long Island Railroad, via a new six-mile-long tunnel. The project’s original price tag was $4.3 billion, and some critics believe that the project is now overpriced and taking too long. “This a very complex project,” Dr. Michael Horodniceanu, the MTA’s chief engineer, said. “But I think most of the challenges are over at this point. So that’s where we are.” The project is expected to be complete in 2022 and serve 162,000 commuters a day. (The Verge)

According to a poll conducted by Airbnb, more New Yorkers like the controversial company than dislike it. Pollsters read a basic explanation of what Airbnb is and asked if it should be legal in New York City. Sixty-five percent of people said yes, while only 22 percent said no. Airbnb is currently trying to defeat three City Council bills that would hinder its operation.”This data demonstrates that New Yorkers overwhelmingly believe home sharing is good for the middle class of New York City, and they reject proposals to restrict families’ ability to use Airbnb to rent out their homes,” Chris Lehane, head of global policy and public affairs, said in a statement. The survey did not, however, take into account opposing arguments such as claims of tenants partying, copying keys and dealing drugs in apartments they rented. (Crains New York)

The American Museum of Natural History has announced its expansion plans. According to museum president Ellen Futter, the expansion “will connect, for the first time, several of the Museum’s existing galleries.” Part of the museum will expand into Teddy Roosevelt Park at West 79th Street, which the group Defenders of Teddy Roosevelt Park strongly opposes. However, the museum adds that “three existing buildings within the Museum complex will be removed to minimize the impact on land that is now open space in Theodore Roosevelt Park to about 11,600 square feet (approximately a quarter acre).” If the design is approved by the Landmarks commission, the expansion will be finished by 2020. (Gothamist)

This year’s Christmas tree has officially arrived to Rockefeller Center. The 78-foot Norway Spruce was cut down in Ulster County, New York and brought into the city on a giant trailer last night, accompanied by a police escort. The 80-year-old tree will be lit up on December 2 at the annual Christmas tree lighting ceremony. The tree will be lit everyday following that from 5:30 a.m. to 11:30 p.m. (NBC New York)

Sick of having to pass people on the sidewalk? So is Britain. A one week experiment began in Liverpool on Monday that designated a strip of the sidewalk for fast walkers. Past history suggests this would be a good idea for New York too—in July, En Grieve reported on a sign from the nonexistent “New York City Department of Pedestrian Etiquette” that detailed sidewalk rules for visitors. In 2013, writer and producer Cory Bortnicker created “Pedestrian Penalty Cards” to call out people for things like standing on the wrong side of the escalator. (New York Times) 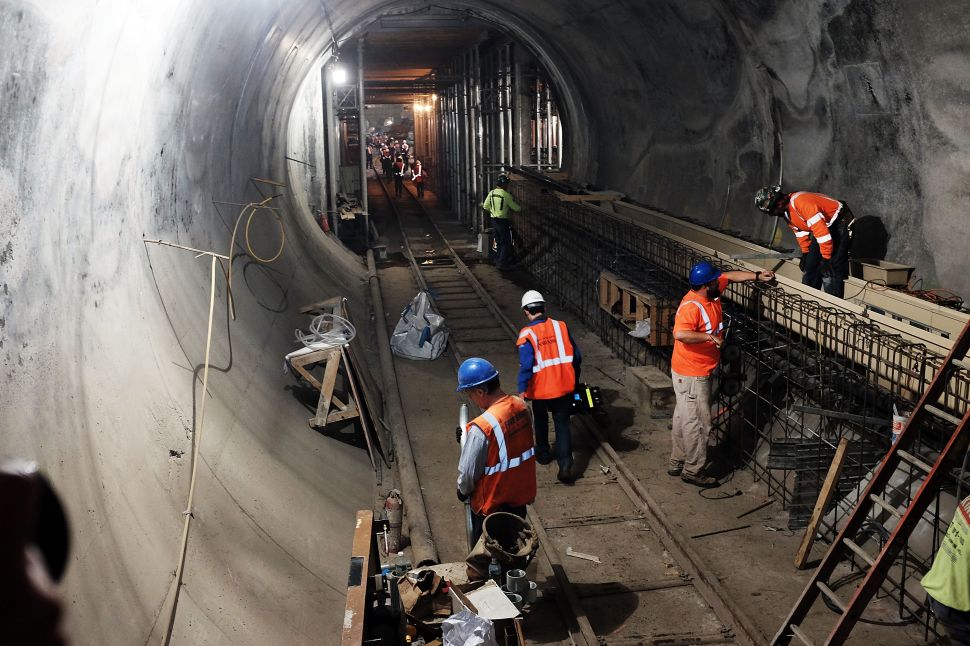