As Halloween festivities draw to a close, skeletal remains of about 12 people were discovered underneath Washington Square Park in a burial vault dating back to the 19th century. Workers who were upgrading mains under the park came across the remains, and officials said on Wednesday that the site close to Washington Square Park East and Waverly Place will be visited by archaeologists and anthropologists. The Landmarks Preservation Commission will also be involved with the new discovery. (NBC New York)

Hundreds of staff members from the City University of New York protested outside a building in Midtown on Wednesday in an attempt to secure salary increases. Dozens of CUNY faculty members were arrested as a result of the protest. They locked arms and sat in front of the entrance to the building at 205 East 42nd Street, which is where the university’s central administration offices are located. The act of civil disobedience was planned, as the protesters decided to either remain until they were arrested or until an appropriate offer was made to them. (New York Times)

A plane traveling to Portsmouth, New Hampshire, from Philadelphia on Wednesday crashed into the Atlantic Ocean near Breezy Point, Queens, according to police. Authorities found a male body, along with parts from the aircraft. Police announced that the crash occurred around 7:30 PM and said that they believed only one person was in the plane when it went down. The place only seated two, and it was assumed to have been a Cirrus SR22. Officials responded after 911 reports came from people who witnessed the crash. The search was suspended just after midnight but is supposed to continue later today. (WNYC)

The district attorneys of New York are asking for a raise. Five DAs have written a letter requesting a 32 percent increase in their six figure yearly pay, suggesting that it be changed from $190,000 a year to $250,000. This letter was to the City Hall commission that deals with pay raises among elected officials, and emphasized the importance of the work that the prosecutors do. “We are responsible for the prosecution of the most serious and violent criminal offenses including murders, rapes, robberies, gang violence, child abuse and domestic violence,” the letter to the Quadrennial Advisory Commission said. The commission will make a decision about the request by the end of November. (New York Daily News)

After Mayor de Blasio declined the chance to answer questions about an encampment of homeless people in Soho, a television reporter and a spokeswoman for de Blasio proceeded to engage in a testy argument. The spat was between Marcia Kramer, a WCBS/Channel 2 reporter, and Karen Hinton. It occurred in the Blue Room of City Hall after the mayor refused questioning by Ms. Hinton and abruptly left a bill signing ceremony. Following his departure, the reporter asked Ms. Hinton why she was under the impression that the encampment had been removed when it in fact had not, to which Ms. Hinton replied, “There’s a difference between inaccurate information and a lie.” (New York Post) 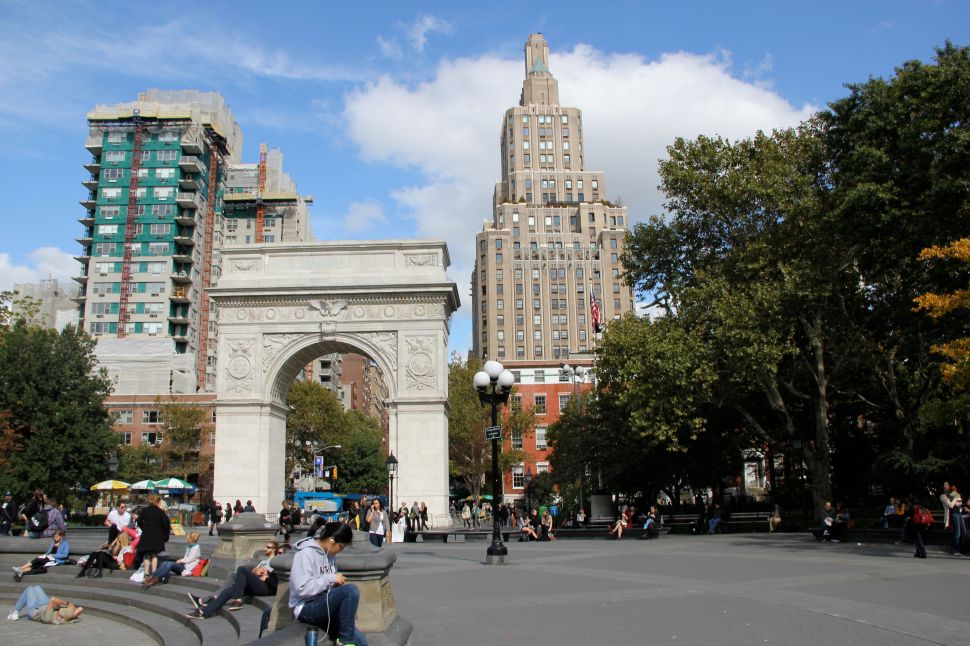