A shooting inside Penn Station on Monday morning left one dead and two wounded, following an altercation at a notorious Eighth Avenue McDonalds. The gunman took four shots just before 6:15 AM before fleeing from the scene in a silver vehicle. Angel Quinones, 43, was killed, while William Lamboy, 45, sustained injuries to his neck and abdomen, and Eddie Torres, 48, sustained a leg injury. The two men were taken to Bellevue Hospital Center and remain in serious condition, according to police. (New York Times)

A play date ended in tragedy on Sunday morning when a pit bull attacked and killed an unidentified nine year old girl in her friend’s Long Island backyard. Despite one neighbor’s efforts to intervene, the dog did not loosen grip until the police arrived and it attempted to charge a cop. The girl, who was attacked at 10:30 AM, was described by that same neighbor as being tossed around “like a rag doll.” The girl’s mother is allegedly the girlfriend of dog owner Carlyle Arnold, 29. Anthony Jett, Mr. Arnold’s roommate, expressed shock, saying that the 2-year-old dog, Kane, “was very gentle.” (Daily News)

We’ve already had a Pizza Rat Halloween costume and a Pizza Rat personal essay—why not a Pizza Rat robot? One pair of YouTube prank enthusiasts, armed with superglue, a taxidermy rat and some tech savvy, decided to find out just how far this seven-week-old meme could go, taking their remote-controlled creation to the city streets. Reactions were mixed, but most involved screaming. (Gothamist)

Howl! Happening, a gallery space in the East Village and one of the latest efforts of Howl! Arts, Inc., will debut a new exhibition this Friday. In “Alone at Last,” artists Pat Ivers and Emily Armstrong offer curious guests admission to an “experimental peep show,” located behind an alluring red velvet curtain. Best known for their GoNightClubbing Archive, Ms. Ivers and Ms. Armstrong hope to capture the feelings of sexual freedom and pleasure that flourished briefly in the years before the arrival of the AIDS epidemic. Friday’s opening night reception runs from 6 to 8 PM., and the exhibit runs through December 6. (Bowery Boogie) 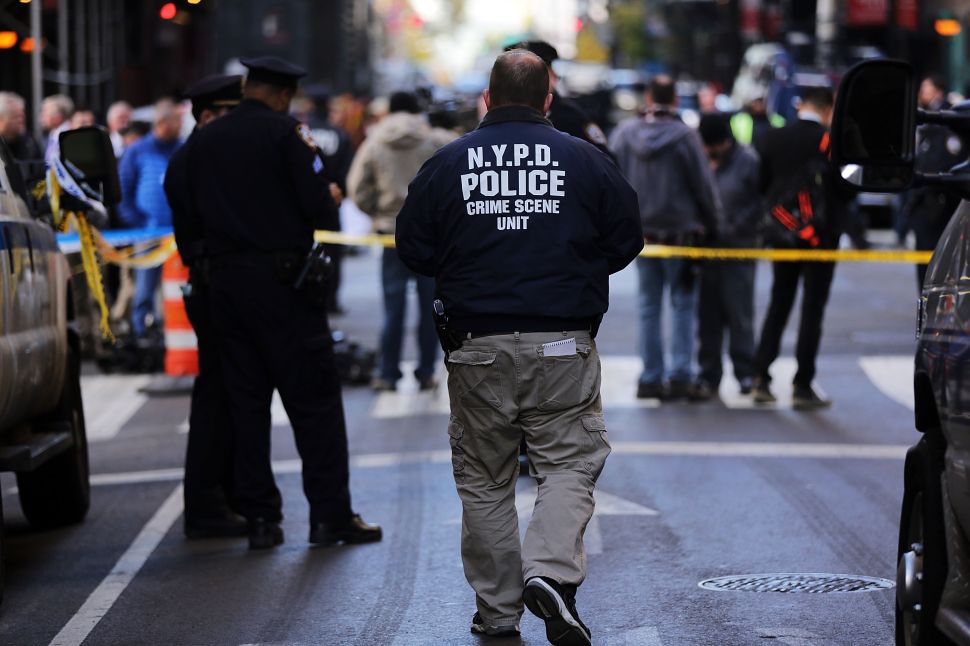