Protesters crashed the sixth annual Brooklyn Real Estate Summit at the Brooklyn Museum on Tuesday night. Local artists set up chairs and a U-Haul truck (with a banner reading “Brooklyn Summit Movers”) in front of the museum on Eastern Parkway, aiming to stand up against gentrification across the borough. The furniture placed in front of the museum represented displaced Brooklyn residents as a result of gentrification and rising rents, according to artist William Powhida. After an afternoon filled with protests outside the museum, the evening protest, which was called “Double Crossing Brooklyn,” was hosted by the Artist Studio Affordability Project. Leading up to this year’s summit, community artists had urged the Brooklyn Museum to withdraw as host, to no avail. Holding signs that read “BK NOT 4 SALE,” artists and activists alike received honks of solidarity from cars driving by. In response to the protest, Anne Pasternak, the Brooklyn Museum’s director, said that the ideas discussed at the summit do not necessarily reflect the views of the museum. (Gothamist)

An FDNY lieutenant is being hailed as a hero after he saved a three month old baby boy from a burning attic in Queens. Responding to a fire in Corona at around 9:30 PM, Lieutenant Adam Vilagos pulled the newborn, Sunjay Headley Jr., out of his crib, which was located in the attic of the two-story home. The baby was taken to New York Presbyterian Hospital on an oxygen machine, and is expected to survive, according to officials. The fire was under control by 10:30 PM, but investigators are still looking into what caused the blaze. Sunjay’s family thanked Mr. Vilagos, who has been with the FDNY for 17 years. “They did a heroic job. They came through. Thank God for them,” Sanjay’s grandmother said. (Daily News)

A former NYPD officer has confessed to murdering his wife. Kevin Canty, 44, admitted to shooting his wife Jessica, 40, in April of 2014 because he thought she was having an affair. The shooting was witnessed by their young children, who watched from inside the family home in Queens. Mr. Canty retired from the police department in 2013, just one year after being hailed as a hero for helping a subway rider suffering from a heart attack. With the guilty plea, the children will not be called to testify in a trial. (NBC New York)

Students at Hunter College Campus Schools have a new and improved playground. After a three-month, $1 million renovation, the playground (which includes a resurfaced basketball court and a new fountain) was unveiled at a ribbon-cutting ceremony. The playground and courtyard will be used by both elementary and high school students, but will also be open to the public on weekends and holidays. The project was funded by Manhattan Borough President Gale Brewer, as well as a city comptroller and a city councilman. (DNAinfo)

One Long Islander has demonstrated the true meaning of Thanksgiving. Joe Kaczetow, 68, of Farmingdale, has donated 200 turkeys to the Island Harvest Turkey Drive. Mr. Kaczetow, who donated 80 turkeys last year, dropped off the frozen birds at the Bethpage Federal Credit Union, where the president and CEO of Island Harvest, Randi Shubin Dresner, was thrilled to see the gracious donation. “It’s amazing. Imagine 200 families are going to have a very special holiday because of one person,” she said. Island Harvest’s goal is to collect 3,000 turkeys by Thanksgiving, and to feed more than 300,000 people. (CBS New York) 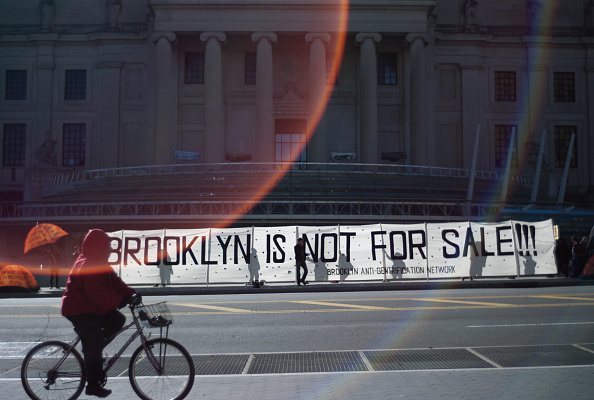