“Let’s just talk about how great we find each other to be,” Aussie fashion editor Laura Brown said. “I know! We talk about that a lot,” Allison Williams joked, sitting at Ms. Brown’s side last night at Freeman’s. The two were out to celebrate the latest issue of harper by Harper’s Bazaar, which Ms. Williams covers. “The concept of the shoot was sort of like denim, ’90s and that’s how I actually dress on a day to day basis,” the cover star said. “It taps into such a natural, inherent part of who I am.” 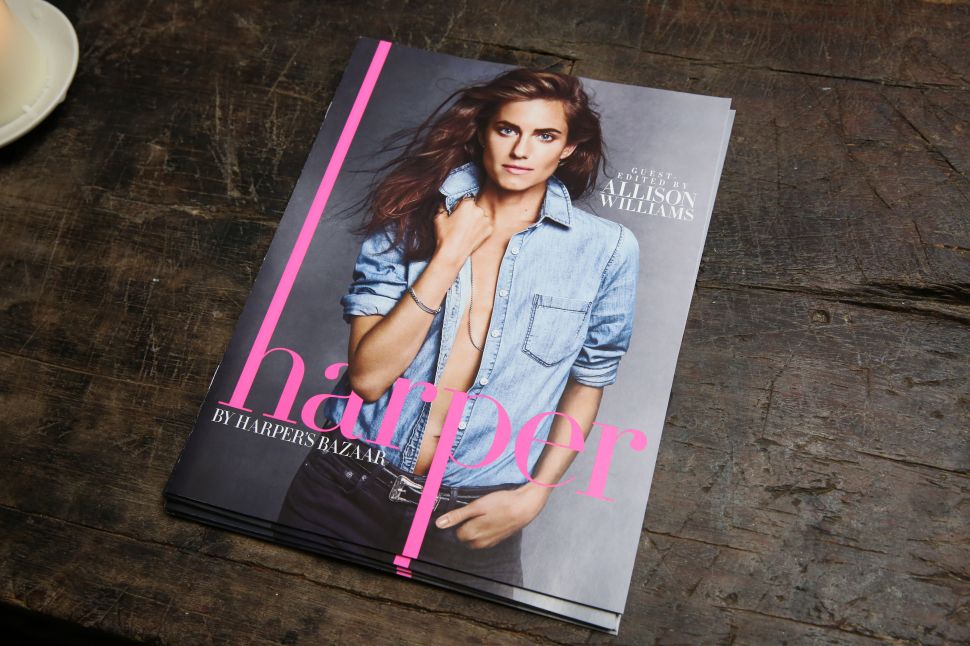 The Girls star is a natural addition to the coterie of pretty young cover girls assembled by Ms. Brown for past editions of the magazine. The crew also includes Emily Ratajowski, Alexa Chung, and Rosie Huntington-Whitely. “She can wear the hell out of a beautiful dress, and designers throw them at her, wisely,” the harper editor said of Ms. Williams. “This girl is like a classic American beauty, but I thought I had never seen her in a real Americana look.”

The ’90s concept for the cover story photographed here in Manhattan resonated with Ms. Williams beyond the clothes, and she professed that she is a true ’90s girl. “I was born in the ’80s, but the 90s were my first decade of full experience and involvement. I was like apart of the ’90s,” Ms. Williams remembered. “I still have this thing on my wall of a list of CDs that I wanted, probably for Christmas one year, and everything is misspelled and it’s fabulous. It’s like Alanis Morisette, Aqua, Jock Jams 1, 2, and 3, Chumbawamba, spelled like Chubba Wubba, Meredith Brooks spelled M-A-R, Leanne Rims as I spelled it. It’s very like ’98 or ’99. Music was big for me then, especially because I couldn’t watch TV. I was only allowed to watch public television, so I missed all of those shows! The equation of how to breed a dork is to keep her away form any cultural literacy besides sharing and letters of the alphabet until she’s like 12. Then be like, ‘Here! Handle friends!’ Luckily I think I figured it out.” 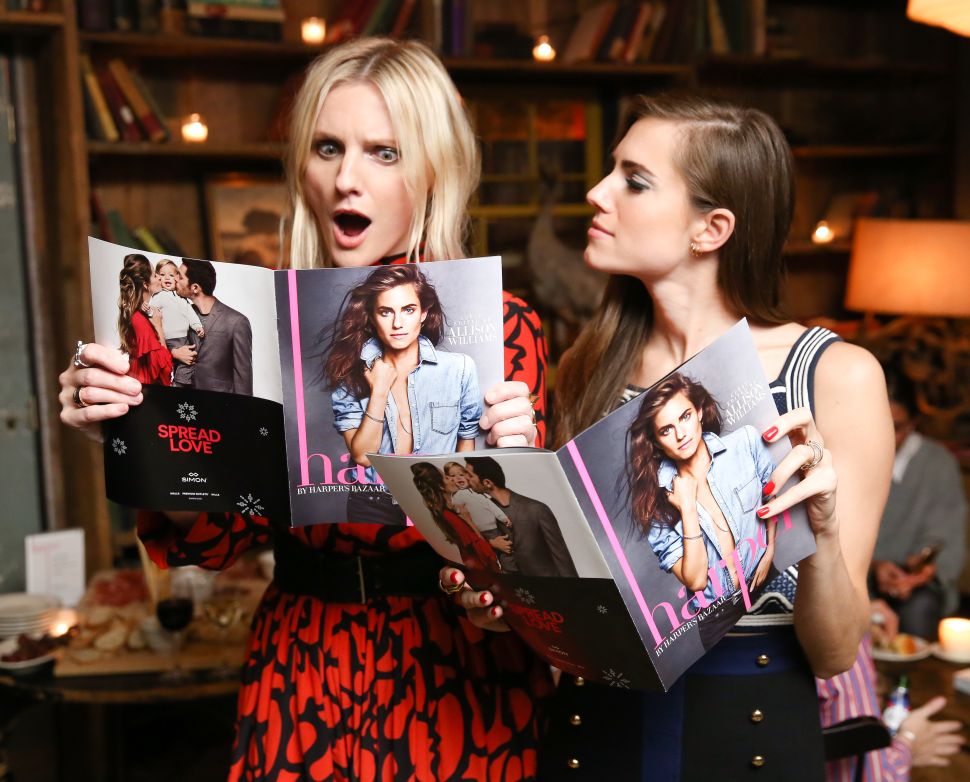