Amazon asked the Metropolitan Transportation Authority on Tuesday to pull their controversial ads with Nazi symbols from the subways, a source familiar with the matter told the Observer, though the company later disputed that account.

The Internet giant, which bought ads to promote their new television series The Man in the High Castle, made the request after enduring backlash from subway riders and politicians, the source said. The MTA, which defended its decision to run the ads on the Times Square shuttle in Manhattan, also claimed Gov. Andrew Cuomo asked for the ads to come down, which Mr. Cuomo’s office confirmed to the Observer.

A spokesperson for Amazon insisted to Buzzfeed that the company never asked for the ads to be removed. Amazon did not immediately return a request for comment for this story.

The Man in the High Castle is based on the acclaimed 1962 novel by Philip K. Dick. The book and show are set in an alternative world where the Axis Powers have won World War II, leading to a world-conquering Nazi regime and Japanese empire occupying the United States of America. One row of seats in the shuttle is covered with American flags, the stars substituted with the Nazi Reichsadler or imperial eagle. An adjacent row is painted with the Rising Sun flag, the symbol of Imperial Japan.

This story has been updated to reflect Amazon’s dispute of the source’s account and Mr. Lisberg’s comment that Mr. Cuomo made a request to take down the ads. 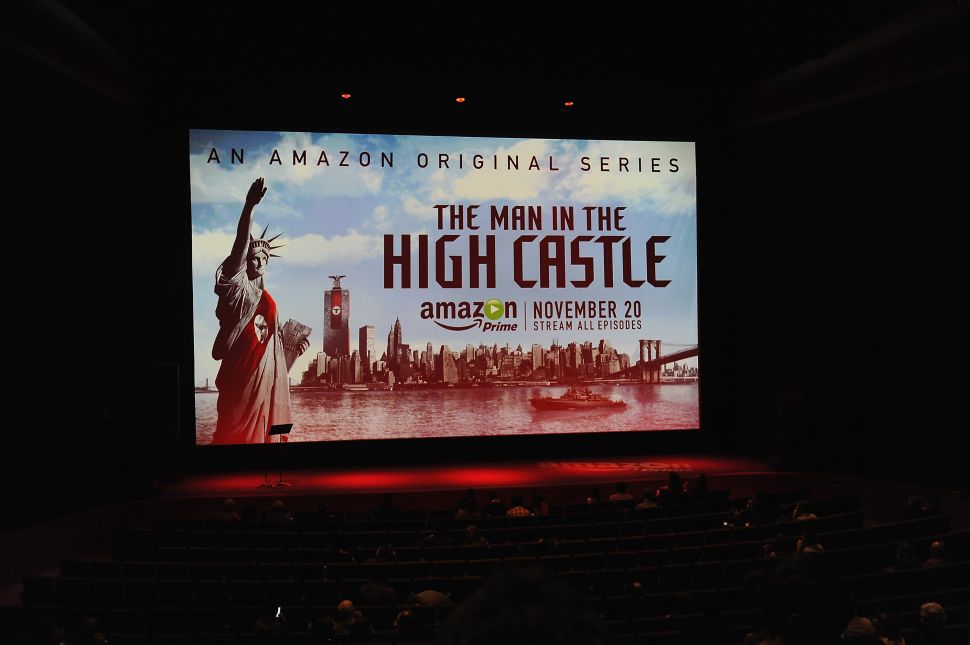 Filed Under: Politics, News & Politics, Amazon, MTA, The Man in the High Castle