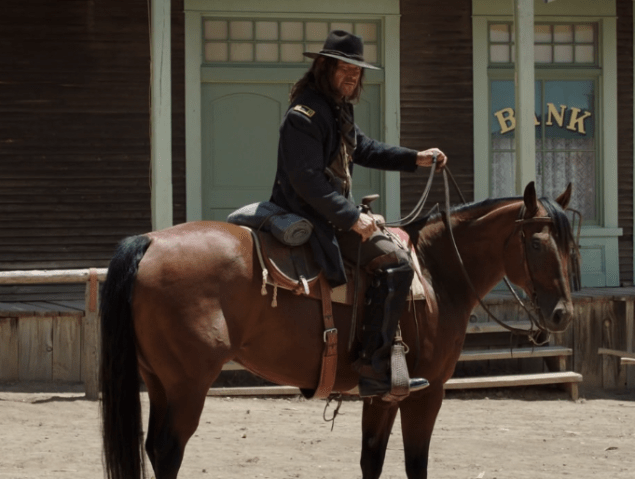 (Each day this week, tvDownload will take a look at one of the six potential series rolled out during Amazon’s 2015 pilot season. Today: Edge)

All I really need to tell you about Edge is that during a climactic battle scene—one that also incorporates a rail gun and a box of fireworks—a pitbull appears to consciously blow up a human being with a stick of dynamite. It’s not an accident. The dog picks up the dynamite in its mouth, and drops it right on the guy. It’s loud, violent and doesn’t make a whole ton of sense.

That, in a nutshell, is Edge.

If you must know more, the pilot was directed by Shane Black, who also co-wrote the script with Fred Dekker (Night of the Creeps, RoboCop 3). You may know Mr. Black as the man who penned Lethal Weapon, that dude who essentially saved Robert Downey Jr.’s career with Kiss Kiss, Bang Bang, or just that auteur writer/director that sets all his movies during Christmas and keeps it Extreme with a capital E for most of the run-time.

Edge, unfortunately, is not a Christmas movie but a Western. It does, however, keep it Extreme with a capital E and probably a couple of exclamation points. Our protagonist is Josiah Hedges (played by the incredibly named Max Martini), a Union soldier who returns home to find some of his army-pals-turned-rogue strung up and roasted his brother Jamie, Gladiator-style. From there on, we have a classic revenge-driven macho character scouring Kansas for the men that murdered his brother, leaving a host of severed fingers and corpses in his wake.

Make no mistake, this pilot is crazy violent. But much of the violence is the cartoonish, almost fun 1980s-ish blood and guts that ensured Lethal Weapon had three sequels. I wouldn’t be surprised if the aforementioned climactic battle was sponsored by the Acme Corporation. This pulpiness softens the onslaught of the script, which maintains a steady slew of so-bad-they’re-good(?) puns, grumbled and mumbled by blood-stained cowboys and hookers with hearts of gold alike. “I reckon there’ll be some change, on account I just broke a big bill,” Edge quips, after killing a man whose nickname is Big Bill. Actually, wait, Big Bill is the one killed by the dog. Edge is ridiculous.

This is all fun, true, but in small doses. Unfortunately, Edge is a bloated 56 minutes, and over that hour the story becomes grating, the performances even more so. Mr. Martini, which seriously needs to just be the main characters’ name, doesn’t do much but spit and growl one-liners like he has rocks in his mouth. True Blood’s Ryan Kwanten tries so hard to be charmingly evil as our main antagonist here, but mostly looks like a kid in a cowboy costume.

At one point, I checked the time scroll at the bottom of the screen, feeling satisfied with the amount of Edge I had seen for one day. I was astounded to see there was still 27 more minutes in this thing. When the words EPILOGUE eventually popped up, I laughed out loud because this show really thought we still had enough patience to watch an epilogue. That’s Edge‘s biggest issue—it’s overstocked with too many directions. The show wants to occasionally resemble a madcap send-up of C-movie tropes, which works, but then it begins to take even itself too seriously by introducing convoluted plots concerning hidden gold and mysterious keys. If there was a word for when parody becomes self-parody, it would describe Edge.

I said all you needed to know before deciding on your enjoyment of this show was the scene with the dog and the dynamite, but let’s do another test. Whether or not you should watch Edge depends on your feelings about this scenario: After a one-armed stable-boy (Benny, played by  Robert Bailey Jr.) reveals his severed arm is actually made of pure gold (long story), Edge remarks “There’s no need to be ashamed, Benny. You have a right to bear arms.”

That shit makes no sense, Edge. 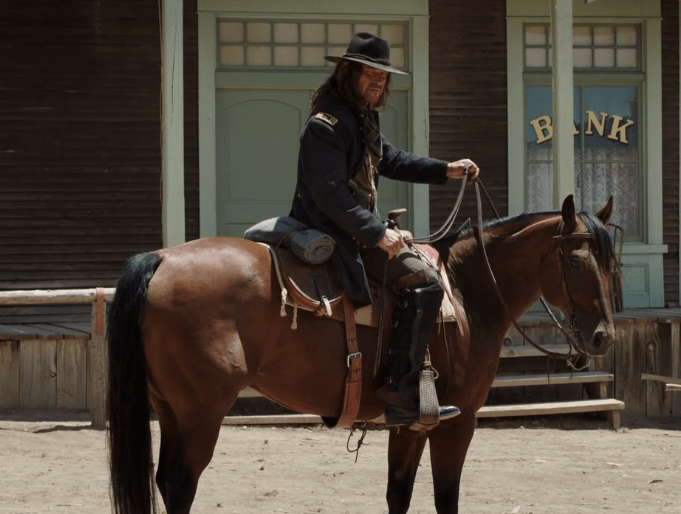