After five seasons and countless sad trombone noises, Ryan Murphy is finally ready to reveal the most terrifying Big Bad in the American Horror Story franchise. 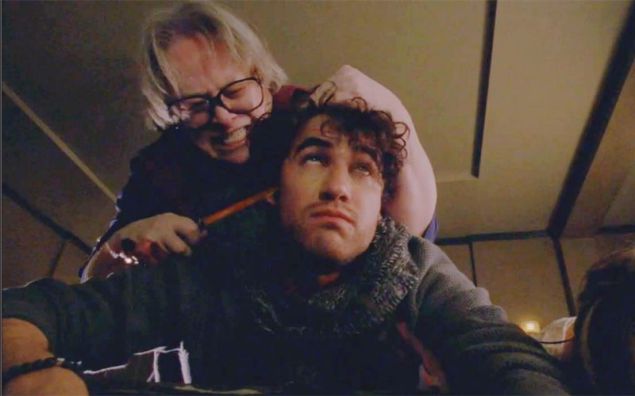 No, the monster isn’t Darren Criss’ “influencer” hipster who hates Halloween so much that he eats and edible and then demands pate from room service. (Though frankly, that’s disgusting.) Look closer. Here’s another angle: 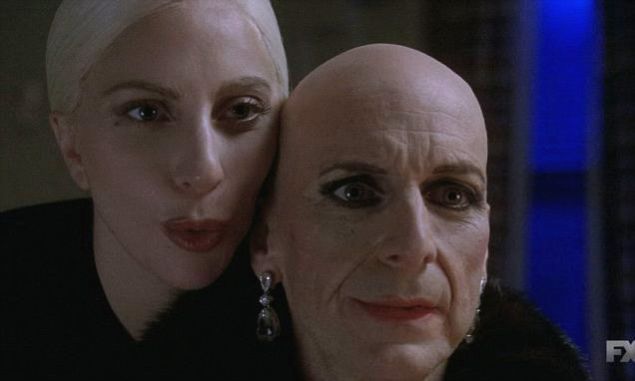 Boo! Scared yet? What? No! Not the part where an immortal vampire takes the time to give a makeover to a closeted but not homosexual (another Ed Wood reference?) Liz Taylor? Really, you don’t see the spooooky side of this, the idea that is doubtlessly keeping Ryan Murphy awake at night as he pulls the covers up around his head, listening to every little creek in the floorboards?

Ugh, okay, I’ll give you one more chance, but this time you’ve GOT to get the answer right: WHAT, in this picture, scares the shit out of Ryan Murphy? What is the unknowable Other that lurks in the shadows and compels the darkest features of our very soul? 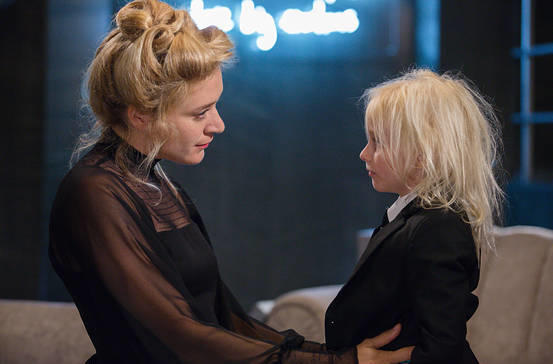 That’s right: it’s the ladiez! Women, those mysterious, sharp-taloned creatures, who bend only to the will of the moon and their own menses. How can you not be horrified of people who, once a month every time they pee, it’s like The Shining in the toilet? That’s some Biblical ten plagues shit!
[youtube https://www.youtube.com/watch?v=ihRHIGpyspA]

This week’s episode explored all the ways being a woman is like starring in your very own David Cronenberg body-mod horror show. Take for instance, Iris, who doesn’t seem much better now that her son Donovan took a break from being a shit-head and prevented her suicide. Sure, she’s immortal now (I guess?) but she’s forever stuck looking like a doughy Paul Williams. She moans about her invisibility, which Donovan happily announces to be her greatest gift. Now she can spy on Tristan and the Countess without anyone noticing her…because no one notices chubby old ladies! HA HA HA HA. YA BURNT.

Gawd, if she only had a terrible Baltimore accent to make her stand out from the crowd! Honestly, having to spend the rest of eternity as some beleaguered middle-aged frump-monster, tending to the needs of spoiled, grilled romaine (lol wut?)-chomping millennials is like my version of that Black Mirror cookie hell from the Christmas episode. It’s maybe one of the scariest unspoken truths about being a woman: that after a certain age, you’re basically rendered invisible in public. Congrats to Ryan Murphy for exploring that creepy slice of mundane inevitability.

But growing oldish isn’t the only horrifying part of womanhood! There’s also our bleeding hearts, as represented by another shivering just-turned blood junkie, Alex. After allowing the Countess to turn her into a vampire to be reunited with her son Holden, she just…goes back to work? Man, that’s really…I mean, take a sick day, lady. You work in a damn hospital, and it’s already been explained in no unclear terms that the vampire gene is a virus. But Alex, who can’t help seeing a child in pain (or maybe is just over making Shelly from Twin Peaks suffer for her anti-vaxxer stupidity) decides to save the one kid in a first-world country dying of measles by injecting her vampire blood into his I.V. Look, he’s all better! Thanks, Doctor (Nurse?) Alex! 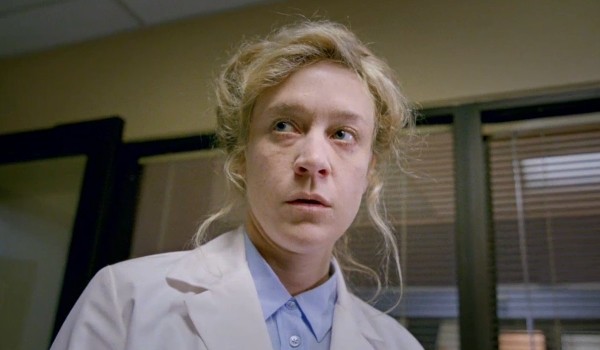 Now go home and get some rest!

Of course, the Countess forgot to explain “The Rules” to Alex, like: don’t turn babies into vampires, because then you’ll end up with a classroom of ADHD bloodsuckers. After dispatching his idiot parents, young Max goes to school and infects all the other kids, who then go and kill the faculty. This shit is worse than bedbugs, people! It’s insane to think that the Countess, who we are to believe killed the rapper lover of Ramona for being a spawn of a spawn, couldn’t foresee this kind of plague when she released the gooey-hearted Alex back to her rounds. I mean shit, even the vampires in Twilight knew that you can’t have a vampire baby walking around! They have no self-control!

But maybe the Countess is a little too soft-hearted herself, what with her vagina and all. As we learned two weeks ago, she signed away all her cash to Bernie Madoff, ostensibly because her woman brain couldn’t handle all that difficult math. (It’s HARD!) Nor can she pass up a soul in need, especially if that soul is a woman trapped in a man’s body. Literally, she tells Liz Taylor (nee Nick Breyer) in a flashback that even though he dresses, walks, and talks like a “man,” she can smell that his skin and blood are that of a woman’s. She then gives Liz a makeover in his hotel room, bestows on her a new name and traipses off to kill Liz’s coworkers in order to poach him for the hotel’s staff. It’s exactly like Transparent, except, you know, not as good.

There are tons of sexuality and gender politics at work in this episode, and following their logic can make your head spin: If Liz is transexual, why does she refer to her attraction to women as making her “straight?” Wouldn’t that just mean she’s a man who likes to dress up in women’s clothing, like Eddie Izzard? Does Eddie Izzard also have woman-smelling blood?

So many questions! But there’s no time…we still have to get to our final icky lady of the evening: Hypodermic Sally.

She’s slept with Detective John Lowe, who doesn’t remember anything after being fired from the police department for being so sweaty. But he can’t remember their sex, dammit, so he’s refusing to believe that it happened at all. LOL, okay Tyler Durden. At this rate, the Fincher references on this show will bring us to a Gone Girl episode by next week.

Of course, Sally doesn’t take this rejection lying down…well, she does, but she also mocks him, yells at him and, failing to illicit any sort of affection in return, starts crying. Ugh, classic ghost/vampire/hooker stuff, am I right? We got any dudes in the audience here tonight? Don’t you hate it when your wife leaves you, your job fires you, and you black out during a dinner with America’s Most Wanted Dead Serial Killers, only to wake up to this face? 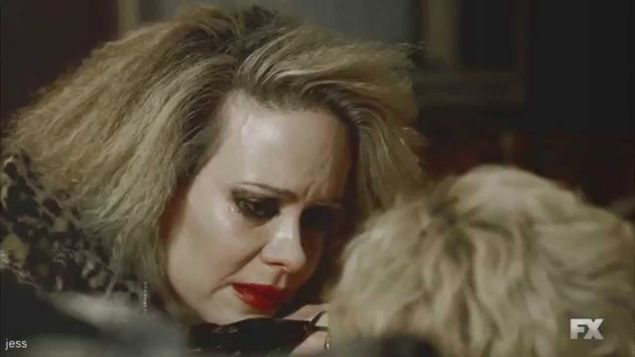 The worst, right? Come on John Lowe. I don’t care if you’re the Ten Commandments Killer or not: get your bitch some chocolate! 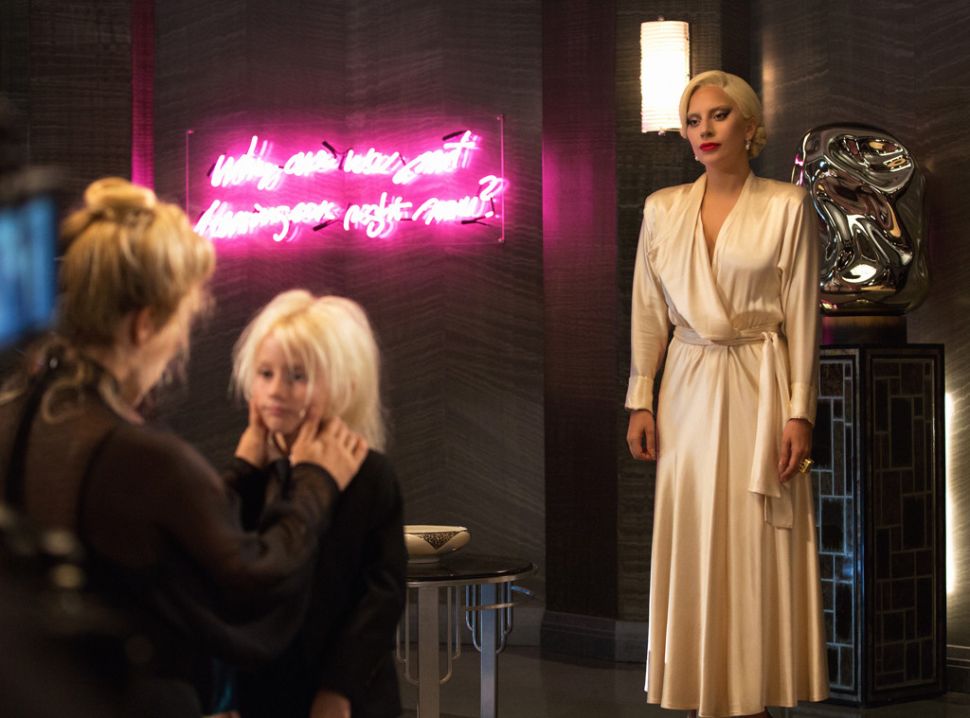