Gov. Andrew Cuomo today suggested an ethics reform he signed into law in 2011 is the reason former Assembly Speaker Sheldon Silver got slapped with corruption charges in January.

Speaking to the press after an unrelated event, the governor declined to comment on the trial of his fellow Democrat, where attorneys on both sides made closing statements today. But he argued that it was the Clean Up Albany Act of 2011, which for the first time forced state legislators to reveal their outside sources of income, that resulted in Mr. Silver facing accusations of running illegal kickback schemes.

“We’ve passed disclosure laws that, frankly, would have been unthinkable 10 years ago,” Mr. Cuomo boasted, noting that, like Mr. Silver, many lawmakers are also lawyers. “For the first time ever, they have to disclose their clients. That’s one of the reasons this case is this case, right?”

Testimony from lobbyists for Glenwood Management, the luxury developer that Mr. Silver stands accused of extorting, indicates that the 2011 law did result in the revelation that the once-powerful pol was receiving a stipend from the law firm Goldberg & Iryami for work it did for Glenwood properties—work the company had given the law firm at Mr. Silver’s insistence. The company left the Lower Manhattan Democrat’s name off of a retainer with the firm, but produced a private letter acknowledging Mr. Silver shared in the proceeds, which the then-speaker had left off his official income disclosure forms for years.

The lobbyists said that the arrangement had made them, and Glenwood founder Leonard Litwin, “uncomfortable” and concerned about its legality. One, Brian Meara, said that Mr. Silver had argued to him that there was no conflict of interest because the lawmaker was receiving fees not from Glenwood proper but from the individual limited liability corporations it set up to run its buildings.

Mr. Cuomo said that legislators should view Mr. Silver’s case as a cautionary tale, even as he seemed to suggest some amount of public corruption is inevitable.

“What I think what it underscores overall is, when you are in government, you have maintain the highest standards. You have to maintain the public trust. You have to be a model of integrity. And I hope all those who are watching the trial understand that message,” he said. “There will always be dishonest people. There will always be people who try to find a way around the system. And we have to have a system where if someone does that, your system can actually find them and punish them so nobody gets the same idea.”

The Clean Up Albany Act also established the Joint Commission on Public Ethics, which was intended to enforce transparency and accountability measures, and which has been almost universally maligned as ineffective. The charges Mr. Silver faces are federal charges, brought by U.S. Attorney Preet Bharara, not state charges. 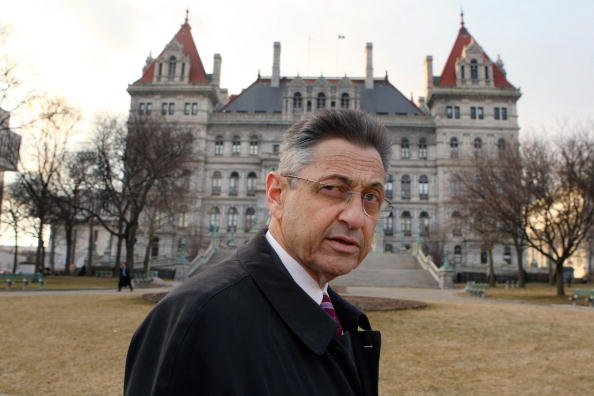