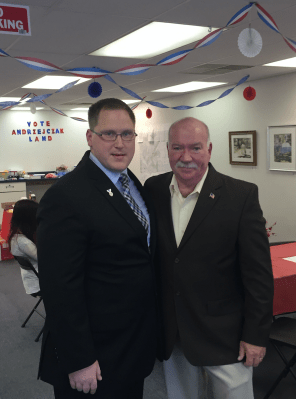 “It’s gonna be a long day, but I’m excited. Nervous, excited,” said Land. “We’re just making sure people are getting out the vote.”

Several volunteers were there on their cell-phones at the Vineland headquarters, making final appeals to voters to go to the polls.

“It seems like it’ll be a long day but the time will fly by,” said Andrzejczak. “We’ll be going around, bouncing around and saying hi to everybody.”

Andrzejczak said that this year’s election has been more trying than his last run in 2013, when Senator Jeff Van Drew (D-1) tapped the Iraq War veteran to replace Matthew Milam, a fellow Democrat. Andrzejczak subsequently won election to a full term. 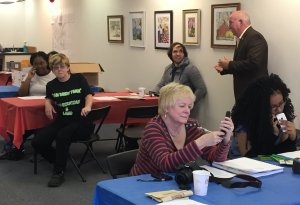 “It’s a lot different than last time, said Andrzejczak. “Last time was my first run at it and yeah, I think the whole scenario was different this time.”

Andrzejczak allowed that Fiocchi’s bullishness and attacks during the campaign and at last month’s in-person debate had made this cycle more of a challenge. Fiocchi and running mate Cumberland County Freeholder Jim Sauro consistently accused Andrzejczak and Land of being mouth-pieces for Van Drew.

“It is unpleasant as far as what is being said, but at the same time, we put ourselves in a bubble. We try to avoid all that, not to think about it, not to get ourselves wrapped up in it,” he said.

Saying that that he and Land only hesitated to debate Fiocchi and Sauro to wait for interest to build, Andrzejczak said that he thought the debate was “boring for the people,” laughing.

“They pushed for different debates,” he said. “People aren’t engaged during the summertime. I don’t think it was anything out of the ordinary as far as how it went.”

“As far as everybody there that night, I feel like we have a lot of support,” he said. “At this point there’s not too much we can do other than just kind of sit back and wait.”

Asked about the race in the neighboring second district, Land said that it wasn’t on his radar.

“I watched the same commercial that everybody else does, but I have no clue,” he said, alluding to commercials from the General Majority PAC attacking Republican Chris Brown (R-2). “I’m just so worried about what’s going on here with us.”

On the campaign over-arching strategy this cycle, the two were of one mind.

“Standing in front of grocery stores,” they said in unison. 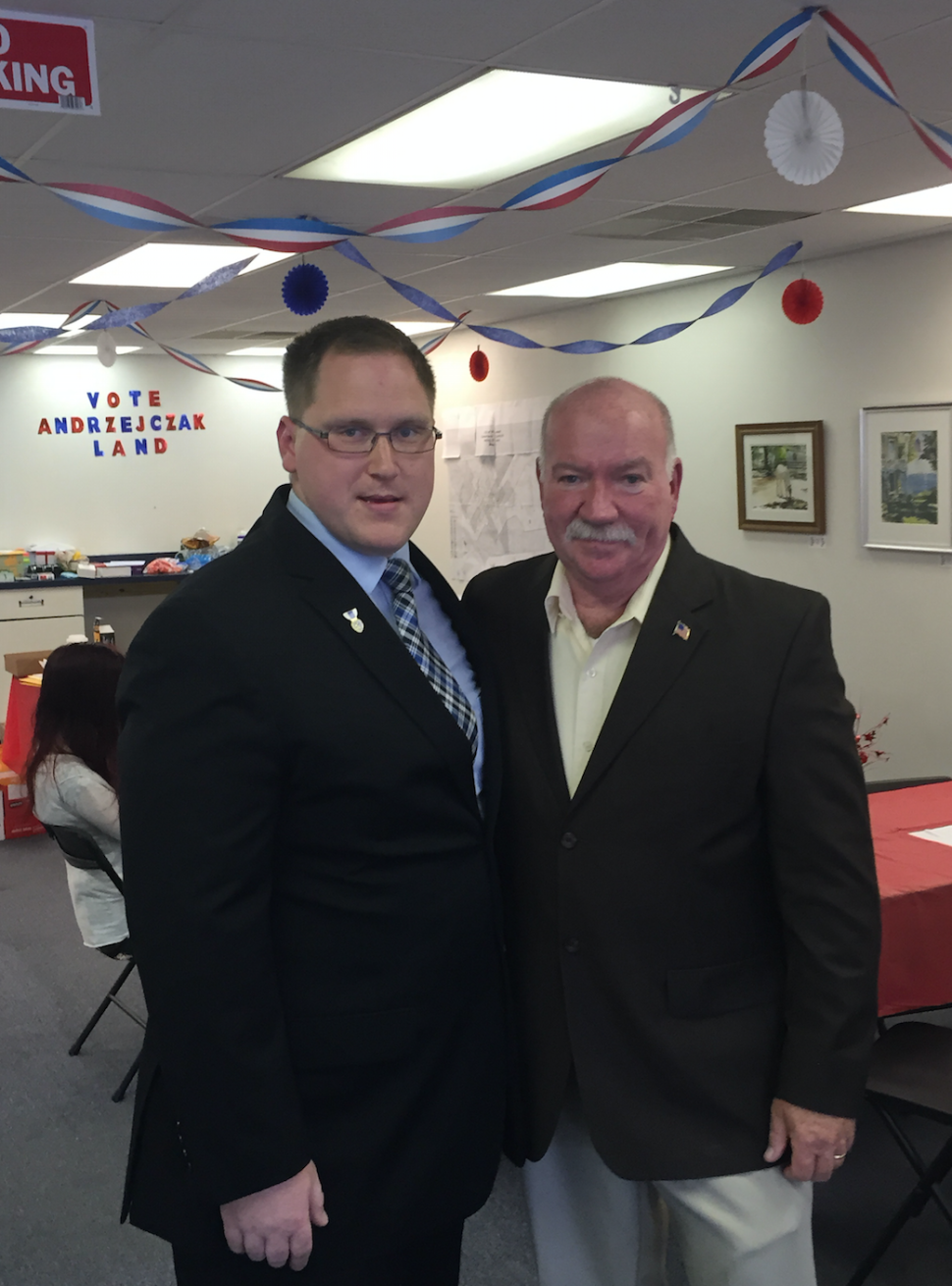