After another devastating loss to the University of Michigan on Saturday, Rutgers football fans decided they’re officially tired of losing and began pushing for new leadership.

A “concerned alumnus” started a GoFundMe crowdfunding campaign to raise $1.5 million to buy out head coach Kyle Flood’s contract. While it is definitely far fetched that the campaign will actually raise the funds to terminate Mr. Flood, people are paying attention.

Since the campaign launched less than two days ago, it’s been shared hundreds of times on social media and has seen over $5,000 in pledges from more than 100 donors.

While many backers donated tiny sums, several pledged hundreds of dollars each, with the largest donation amounting to $1,000. One fan donated $33, signing his pledge, “$1 for every point we lost by..”

Many of the donations were accompanied with a little humor. One contributor pledged $50 under the name Terry Shea with the message “I currently hold the record for the worst Rutgers football coaching tenure in recent history, and don’t need this to be threatened by coach Flood maintaining his position for another year.”

Two donations were signed with the name Julie Herman, who is the Rutgers athletic director. The accompanying messages read “Can’t say I’m not tryin'” and “Please Dr. Barchi [the university president], I can’t take the fans request. Please help send cash!” Contributions were also made under the names Greg Shiano, another former Rutgers coach, and Chris Laviano, the school’s current quarterback.

Questions regarding Mr. Flood’s role as coach stretch back a few seasons, and fans’ views of his performance have recently worsened following Rutgers’ underwhelming transition to the Big 10 conference, the arrests of five of his players on charges home invasion and assault as well as a recent three-game suspension.

Will he make it to the next season? If the campaign’s #FireFlood hashtag catches on, perhaps not.

According to the campaign, the funds for the contract buy out are set to be donated to the Rutgers University Foundation. We have reached out to ask if they will accept the donations and if the money could be used to fire Mr. Flood and will update with a comment.

Update: The Rutgers University Foundation provided the Observer with the following comment: 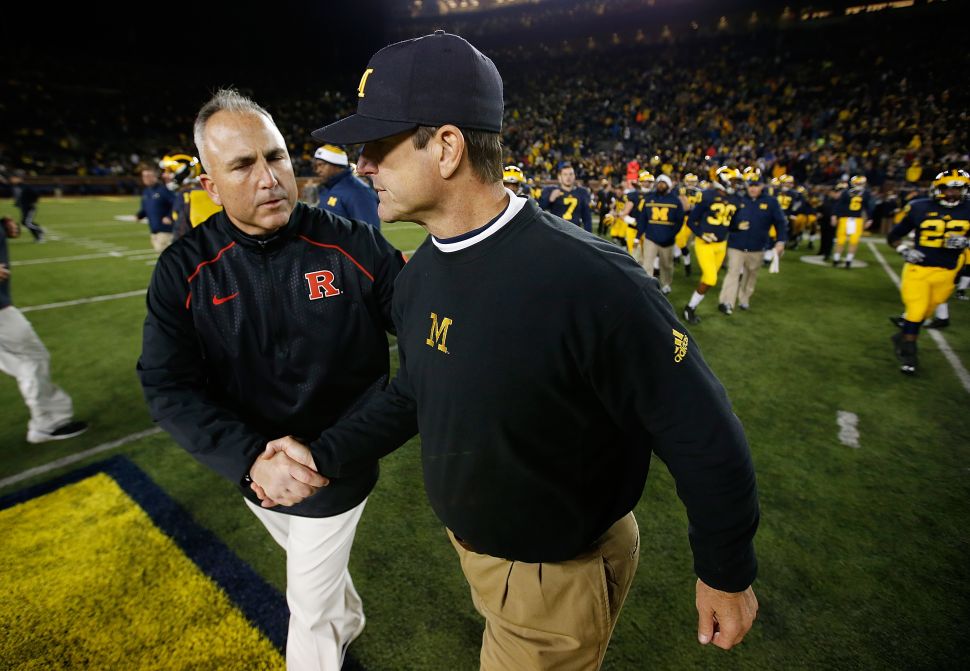