The documents’ release comes at the request of investigative reporting website New Jersey Watchdog, which appealed a previous ruling in favor of keeping the documents secure.

The investigation, which was requested by the state pension board and launched in 2011, centered on Lieutenant Governor Guadagno’s hiring of then-chief officer Michael Donovan as “Chief Warrant Officer” in 2008 during her time as Monmouth County Sheriff, shortly before joining the Christie campaign against Jon Corzine in 2009.

Donovan allegedly received $85,000 in pension benefits on top of an $87,500 salary because of a change in title from “Sheriff’s Chief” to “Chief Warrant Officer,” a position that New Jersey Watchdog claimed Guadagno scrapped just a week before awarding it to Donovan in order to skirt the board and allow for the officer’s double-dip. New Jersey Watchdog first reported the alleged fraud in 2010.

“We cannot agree that the fact the investigation concerned possible sensitive issues of public corruption weighs against disclosure,”Justices George S. Leone and Carol E. Higbee said in their 14-page opinion. “In cases involving allegations of public corruption, transparency and the public’s right to know are particularly important.”

The documents released Thursday comprise a May 2011 letter from the Police and Firemen’s Retirement System requesting an investigation from the Attorney General’s Department of Criminal Justice as well as correspondence between DCJ Corruption Bureau Chief Christine Hoffman and the Police and Firemen’s Retirement System announcing the close of the investigation in June 2012.

The appeals court ruled that a third document, a memo on the state of the investigation from Deputy Attorney General Anthony Picione to Division Director Stephen Taylor, Hoffman and one other DCJ supervisor, will not be released to the public.

In a statement after the ruling, New Jersey Watchdog said that “the probe was riddled by a major conflict of interest since Guadagno is a former DCJ deputy director.”

“Christie did not use his constitutional power to appoint a special investigator or independent prosecutor,” they added. 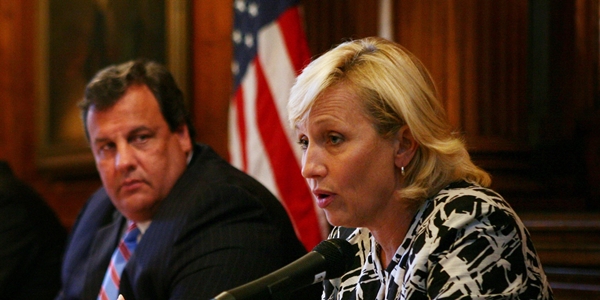