The Evil Dead franchise has taken us to a wide range of terrifying locales throughout the years — into a cursed cabin in the woods, through a time portal to the year 1300 AD, through the mind-numbingly blue collar stock rooms of both S-Marts and Value Stops. Ash vs. Evil Dead‘s fourth go-around, ‘Brujo,’ may have taken us to the most frightening place of them all…inside the mind of Ash Williams.

Of course, the road to get there was filled with evil, witchcraft, and hallucinogenics. The Ghost Beaters (name still pending) have hit the road after the debacle at Books from Beyond to find Pablo’s much-discussed uncle, the titular Brujo. Episode director David Frazee treated us to some low-key beautiful shots of Ash’s signature Oldsmobile, trailer in tow, driving through the green, green countryside set to ‘Midnight Rider’ by the Allman Brothers Band (not a surprise considering much of Frazee’s part work is as a cinematographer). 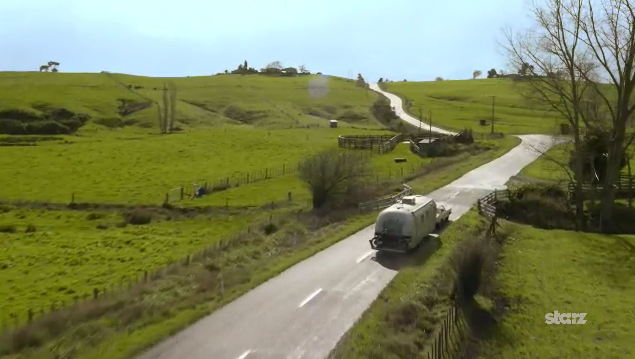 Is this the first time we’ve seen the actual, physical form behind the signature Evil Dead camera technique ? On the one hand it’s a little disappointing, as it was always just that much more frightening to never see what was constantly rushing through the woods toward the lonely cabin. On the other, it’s a little exhilarating to see the massive dust cloud of evil that Cinemax was able to render, considering back in 1981 Raimi left it to our imagination because he simply couldn’t afford to build a suitable monster.

Plus, seeing a gigantic dust cloud of pure evil flip a car into the air is just really, really cool.

That’s Ash vs Evil Dead in a nutshell, though, isn’t it? If you think too hard on what this show does, it falls apart. But taken at face value, Ash offers more genuine thrills and delights per minute in its half hour than most hour-long dramas.

Case in point: Ash’s near-episode long drug trip, courtesy of some ayahuasca supplied by Pablo’s uncle, in an attempt to unlock Ash’s Jefe-potential. In any other show this could’ve been the cliche acid-trip episode, a reheating of the high-as-balls dream sequence from The Big Lebowski.

But the descent into Mr. Williams’ mind was chock full of signature Evil Dead gross-out terror (“don’t eat the eye-ball, Brujo!”), mingled with Bruce Campbell’s well-worn and unflappable charm. How pitch perfect was it that Ash’s idea of an ideal oasis is Jacksonville, Florida, the “city so nice they named it Jacksonville?” Ash is in drug-induced bliss, drinking beers with not one but two hands, until Elegos the mind-demon shows up to spoil the fun.

As it turns out, Elegos wasn’t through with our heroes last week when Kelly smacked him in the back of his demonic skull with the Book of the Dead. Quite the opposite; Elegos seems to be in full control of Kelly now, using her as a vessel to get to Ash. It’s definitely an intriguing thing, that Ash vs Evil Dead is working to establish an episode-spanning big bad that isn’t just a faceless entity of “evil.” But the re-introduction of Elegos and the idea he is possessing Kelly highlighted this show’s largest weakness. Namely, the show’s half-hour format always seems to cut the action short right as it heats up.

That doesn’t seem like too negative of a gripe, right? That a show has too much great stuff to fit inside a single episode? It’s not, but it does lead to weekly disappointment, and perhaps requires a look at how this story is paced out. Each week, Ash works to establish a lot — I haven’t even touched on what Detective Amanda Fisher is up to yet — but all that info usually pays off right as the credits role. I’m not sure I’m suggesting Ash vs Evil Dead move to a full hour because I think 60 minutes of this show would be akin to pounding two liters of Coca Cola in one sitting, but I do think it needs to work on sticking the landing.

A sequence as exhilarating as Elegos Freddy Kreuger-ing himself into Ash’s trip, intercut with the reality of Ash choking the life out of Kelly deserves, ironically, a little more time to breath.

-Lucy Lawless is still not getting nearly enough to do, but we do learn some key information this week. She is in fact playing the daughter of Raymond Knowby, the man who kind of started this whole mess by reading from the Necronomicon Ex Mortis prior to the first Evil Dead. And she has one hell of a way to track Ash: his possessed hand, lost in Evil Dead 2, which is quite possibly the most iconic image from any Evil Dead property.

-Best one-liner: “Whoa I’ve got two hands! Brujo, I need two beers!” Written down, or said by pretty much any other actor than Bruce Campbell, this line isn’t even remotely funny. But from the oaf-ish mouth of Ash Williams, it got a legitimate laugh out of me.

-Who knew Ash was such a wrestling fan? Not only was the montage of his past peppered with numerous shots of female wrestling, but he basically quoted The Rock when he told Pablo’s uncle to take his opinion, “turn it sideways, and shove it right up the old poop-shoot.”

-Of all the things I’d expect Evil Dead to reference, The Wizard Of Oz is not one of them. 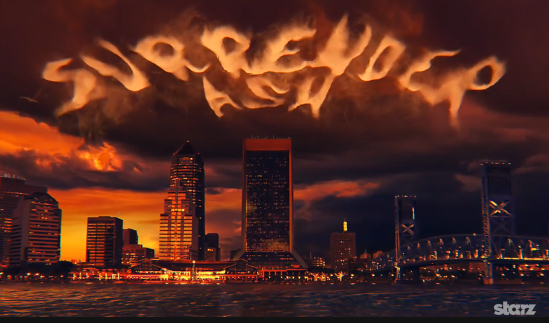 -I’m incredibly intrigued by the idea of Ash with a robot hand. Don’t let me down here, Pablo. 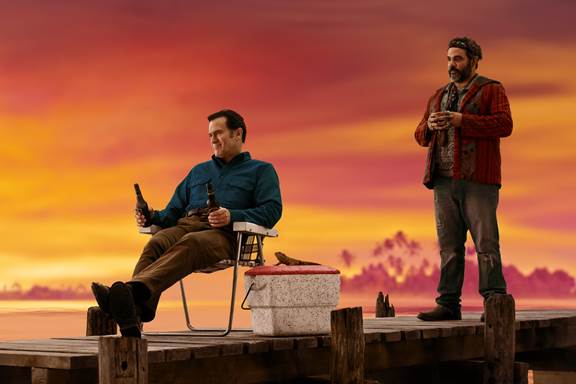