TRENTON – At an informal committee hearing on fantasy sports Monday, Assembly members heard testimony from experts on state and federal gaming regulations and on the possible statutory hurdles that would face a push to include online betting under the same rubric.

Any push to introduce the practice into existing statutes would hinge on rereadings of the Unlawful Internet Gambing Enforcement Act of 2006, and the Professional and Amateur Sports Protection Act of 1992. Fantasy sports are currently exempted, and it is an open question whether the New Jersey legislature would move to introduce independent or state oversight.

Fantasy sports betting exists in a gray area for the current letter of the law, which only mandates oversight for games of chance rather than skill. Assemblymen and witnesses stressed the importance of preventing minors and problem gamblers from having access to the sites.

Chairman Ralph Caputo (D-28) started by stressing the need for a share of the flourishing industry’s profits to come on shore, saying at the start of the proceedings that it was past time for the state to intervene in an industry that operates parallel to state regulations.

“It’s a very ingenious move on their part,” said Caputo of the fantasy companies’ decentralized status.

Janice Fuller, Chief of Staff to Congressman Frank Pallone (D-NJ), offered harsh testimony in which she called for state regulation and said of online fantasy betting that it “contributes nothing to the economy, especially in terms of tax revenue.”

Caputo said that the hearing was not in response to Governor Chris Christie’s comments during his recent presidential debate appearance, where Christie said that he considered the issue low-priority at the federal level. 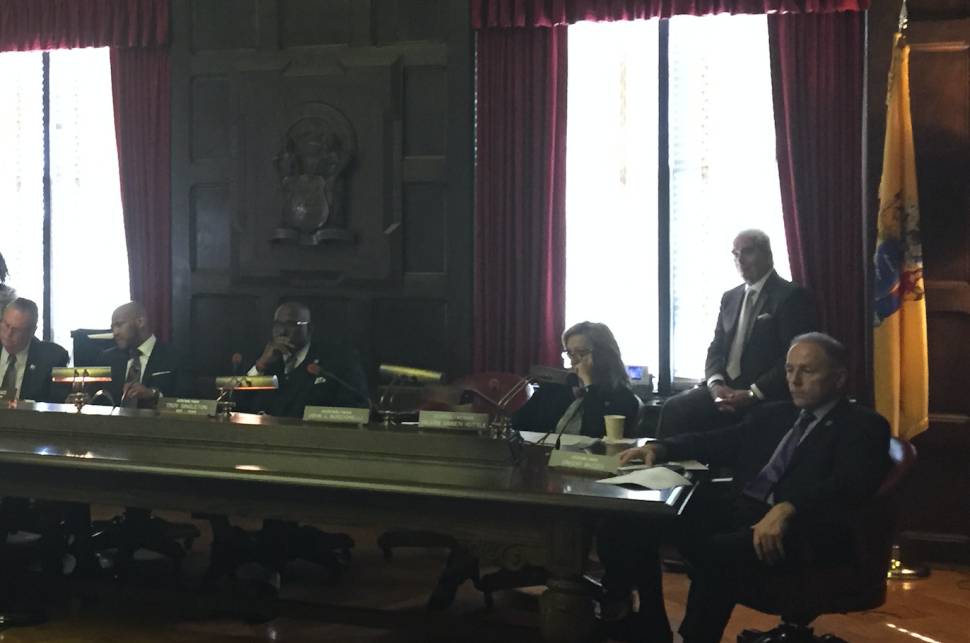