When Barack Obama and French President Francois Hollande met in Washington the world learned that two presidents continue to believe a war against mass murdering terrorists who threaten to attack New York and Washington can be won without sufficient ground troops.

They issued a bold call to arms—for other nations to do more—while offering timid rhetoric that promised to destroy terrorists without any credible strategy to accomplish this and without any declaration that America or France would take stronger action than the obviously inadequate policies they are pursuing today.

In effect, ISIS is waging what Pope Francis and an increasing number of national security experts are calling a form of Third World War, while Mr. Obama and Mr. Hollande announced they will continue to wage what can fairly be called a “petite” war with lots of bombs falling from the air and few competent troops fighting on the ground.

He lacks the decisiveness, the ability to command, the knowledge of the world, the understanding of the moment, and the sense of history that was at the core of JFK’s presidency.

In what had to be the most bizarre and inappropriate comment ever stated during a meeting of heads of state discussing how to destroy an enemy that would kill people in both of their nations, Mr. Obama announced that he and First Lady Michelle Obama once kissed in Paris!

When Franklin Roosevelt addressed a joint session of Congress and the people of America and the world to rally the forces of freedom after the attack against Pearl Harbor, FDR did not announce that he and Eleanor had kissed in Honolulu.

When President Kennedy spoke to the world about how the United States would not permit Soviet missiles in Cuba, he did not inform the world about whether he and Jacqueline Kennedy had ever kissed in Havana.

President Obama is no JFK. He lacks the decisiveness, the ability to command, the knowledge of the world, the understanding of the moment, and the sense of history that was at the core of JFK’s presidency.

When the Bay of Pigs invasion failed, President Kennedy stepped forward, took full responsibility, admitted his error, learned from his mistake, won the admiration of the nation, and moved forward.

By contrast, Mr. Obama, from 2012 until today, repeatedly overruled leading members of his administration and failed to take strong action against the mass murdering butcher of Damascus, Bashar al-Assad. He failed to keep an adequate number of American troops in Iraq to make certain the Iraqi army was fully ready and to make certain that the Iraqi government had achieved some unity between Sunnis, Shi’ites and Kurds.

This Tuesday, hours before Mr. Obama and Mr. Hollande met in Washington, The New York Times published an important and extraordinary story in which Secretary of State John Kerry publicly stated he supports a stronger policy to defeat and destroy ISIS.

Instead of acknowledging that the current policy needs to be strengthened—as JFK acknowledged when he took responsibility for the Bay of Pigs failure—Mr. Obama claimed success for his current policy and offered literally nothing new except for calling on other nations to take stronger action.

President Kennedy learned from the Bay of Pigs mistake, and when the Soviets tried to put nuclear missiles in Cuba he convened his top advisors, developed various military options, and executed a naval blockade that led to the removal of the Soviet missiles while preventing a nuclear war that could have ended life on earth.

President Kennedy fully understood the need to combine military force with diplomatic subtlety. He successfully navigated the crisis by being strong enough to prevail and wise enough to avoid a dangerous escalation. Mr. Kennedy learned from mistakes, assumed the responsibility of command, applied the force that was necessary, took full responsibility for his actions, and succeeded brilliantly in the Cuban Missile Crisis.

By contrast, President Obama claims his current policy is succeeding, contrary to evidence that is obvious to almost everyone. He continues the indecision that since 2012 has involved abdicating his commander in chief responsibility to a dysfunctional Congress against the advice of his most senior security advisors, absurdly claiming that ISIS is the junior varsity, denouncing the beheading of an American and being seen laughing at the golf course moments later, claiming that ISIS has been contained hours before the Paris attacks, and now this week refusing to announce any stronger policy while informing the world that before his hair was gray he kissed his wife in Paris.

To defeat and destroy ISIS there must be some additional ground troops. I have proposed that 3,000 American troops join a multinational force of 20,000 troops. There need not and should not be a massive army in this conflict, and other nations including Europe and Arab League states should contribute the remaining 17,000 troops.

President Obama believes the current policy is working and the situation requires only more of the same policy. He is wrong, dangerously wrong.

President Kennedy understood there is a moment for the commander in chief to command, to learn from mistakes, to clearly understand the risk, and to make command decisions to prevail.

President Obama is no JFK. For that reason the world is a more dangerous place and the dangers to New York, Washington and other communities are continuing to grow on his watch. 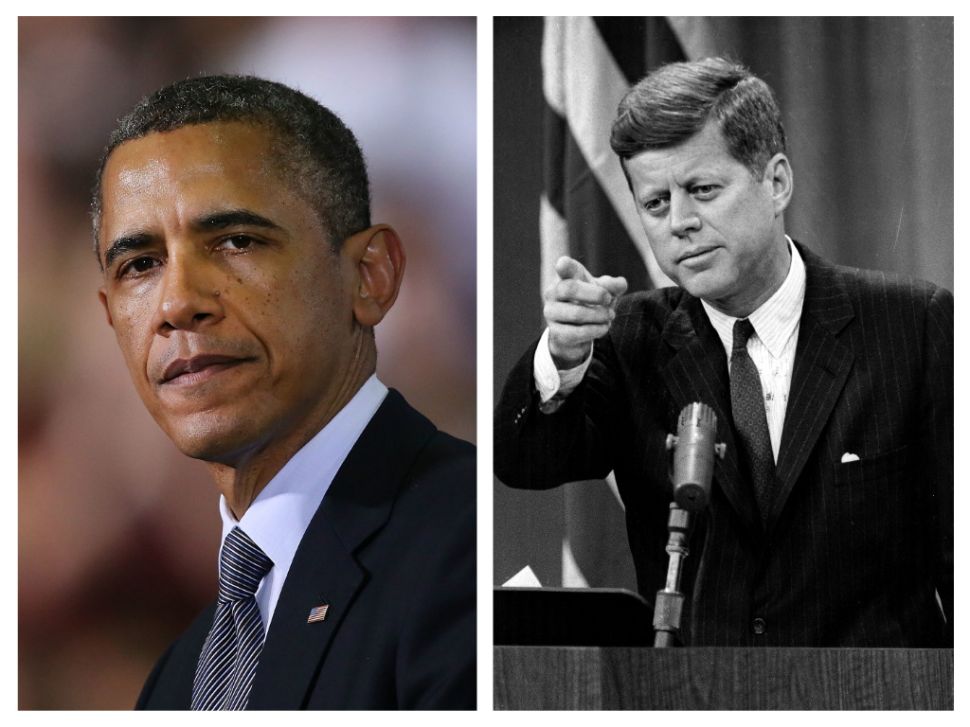