The selectively serial collaborator Donald Robertson has just released another new range of products. In just the past six months, Mr. Robertson has been tasked with painting on limited edition handbags for Kara Ross, releasing a guerrilla zine depicting fashion icons in walnut form, penning a children’s book depicting many of the same fashion icons as zoo animals, and adding his unique twist to a slew of knick knacks for concept shop STORY, which even Iris Apfel fell in love with.

Now he’s expanding his offerings for Alice + Olivia, co-designed by Stacy Bendet, which originally got started last May in a limited scope at Bergdorf Goodman, where the artist “art bombed” the department store’s windows with paintings made of gaffer tape and pizza boxes. “After an impromptu collaboration with Donald for his amazing takeover at Bergdorf Goodman we decided we had to expand the creative channels,” Ms. Bendet said in a release. “I love his artwork and his energy, he is truly one of my favorite artists to work with.” Now the collection is expanding to include another set of shirts, a skirt, and a clutch, all covered in Ms. Bendet’s likeness.

“I met [Stacy] at a dinner party at Neil and Rachel Blumenthal’s house,” Robertson recalled. “I was like, ‘Woah. Hardcore fashion. Who is this chick?’ Then I Googled her, then I went on her Instagram and started to draw her – not just drawing her, but her and all of her yoga stuff, because this chick is like Gumby. She’s full-on Gumby, she goes backwards and touches the ground, and is like nine months pregnant. Then I posted it, and she regrammed it, and I saw that she bought all of my Iris Apfel paintings, so I just started sending her stuff.”

“Then I had to do my Bergdorf thing, and Linda Fargo wanted me to make merch,” he said. “Some people you call to do merch, they want to have a meeting in three weeks, then another follow up meeting in three weeks, but I said ‘Yo Stacy! Lets put this drawing on clothes,’ and she just said, ‘Ok! Where should I send them?’ It was fast.”

The original design, a blouse emblazoned with Ms. Bendet’s caricature, landed on many celebrities including Beyoncé. “The next thing you know, Beyoncé showed up in it,” Mr. Robertson said, pausing to direct the movers at his Montecito home. “Then we were like, ‘Oh man this is real.’ Now we’re doing the whole thing, and we’re just blowing it out. It’s really just all in celebration of Beyoncé wearing one shirt.” 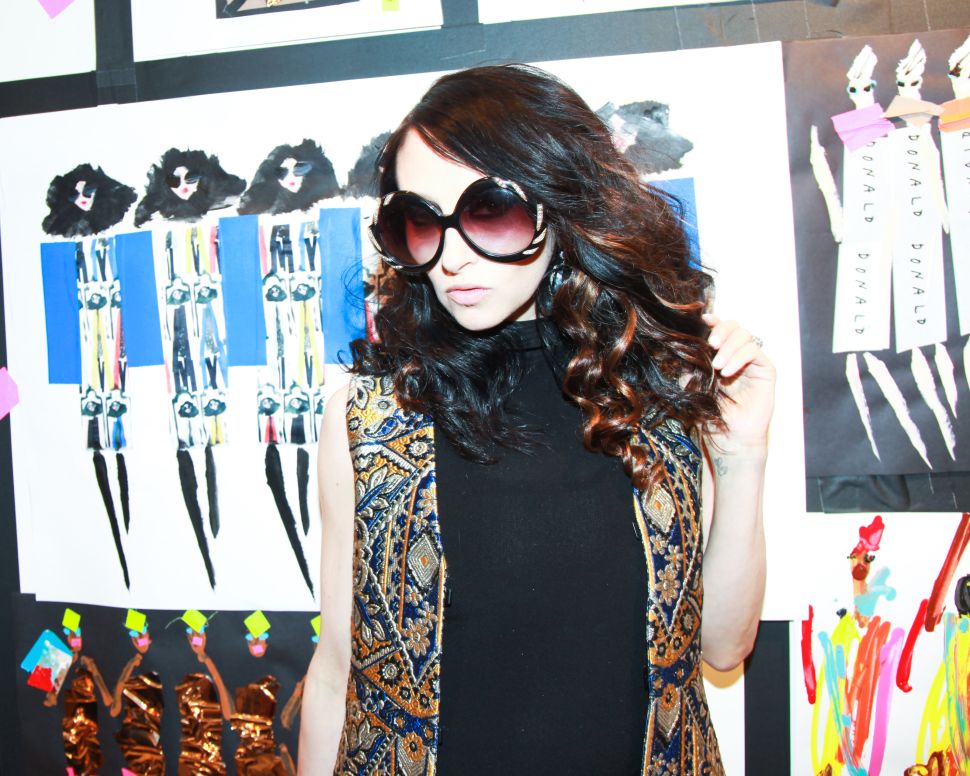