Mayor Bill de Blasio was forced to distance himself from his outspoken police commissioner, Bill Bratton, telling reporters today that he disagreed with the top cop’s belief that some progressives in the City Council are “obstructive” and “destructive.”

“I don’t share the assessment. I have had a very good working relationship with the Council,” Mr. de Blasio said at an unrelated press conference in Manhattan. “Commissioner Bratton was speaking honestly and I respect that but I think in the end we are continuing to work every day with the City Council towards real solutions to serious issues.”

At a Citizens Budget Commission breakfast yesterday, Mr. Bratton again bashed council members who have sponsored several pieces of legislation to add more oversight to the NYPD. He accused them of being “self-serving” novices who never worked in the private sector.

“The City Council … depending on the day of the week is supportive and helpful or obstructive and destructive,” Mr. Bratton said. “The vast majority of these bills I feel are unnecessary, intrusive and self-serving on the part of the particular members of the Council.”

Mr. de Blasio, who said today he too has his disagreements with the Council, nevertheless works closely with the overwhelmingly Democratic body. Unlike past mayors, Mr. de Blasio has never had to veto a piece of legislation.

It’s not clear whether Mr. de Blasio’s defense of the Council will resonate with aggrieved members. Councilman Ritchie Torres, a Bronx Democrat, said yesterday the commissioner is “arrogant” and “imperious” and operates independently of the mayor. Councilman Rory Lancman, a Queens Democrat, pointed out the Council fought to hire 1,300 new cops, and Mr. Bratton should understand he “can’t have his cake and eat it too.” 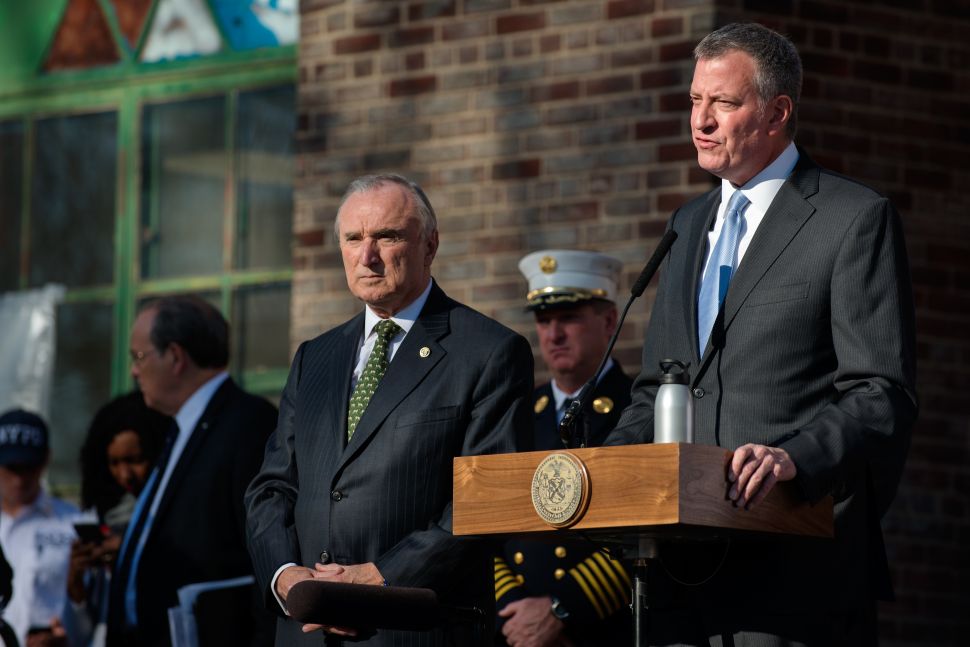