Mayor Bill de Blasio reproached ex-Assembly Speaker Sheldon Silver—whom he once defended as a “man of integrity”—for pursuing corrupt personal profit over the interests of the public.

In the aftermath of Mr. Silver’s conviction this afternoon on charges of fraud and extortion, Mr. de Blasio released a two sentence statement chiding his fellow liberal Democrat, who was once among the three most powerful men in the state.

“Today’s verdict is a reminder that the public good must be the only priority for elected officials. The people of New York expect and deserve better,” the mayor said in a statement.

The remarks are a stark contrast with Mr. de Blasio’s public comments when Mr. Silver, a crucial ally of the mayor’s agenda in Albany, was first arrested in January. Mr. de Blasio met with reporters at City Hall that day to defend the then-speaker for what he called his record of “integrity and public service,” and called for the Manhattan lawmaker’s due process rights to be acknowledged and honored.

“Allegations are allegations, charges are charges, and there has to be a process to determine the outcome. I think, separately, it’s a true statement that he’s done a lot for New York City and I value that, certainly,” he said, adding that he did not believe Mr. Silver should step down. “Although the charges announced today are certainly very serious, I want to note that I’ve always known Shelly Silver to be a man of integrity, and he certainly has due rights and I think that we should let the process play out here.”

Mr. Silver ultimately stepped down from his powerful leadership perch that month, and his conviction today will force him to abdicate his seat in the Assembly. 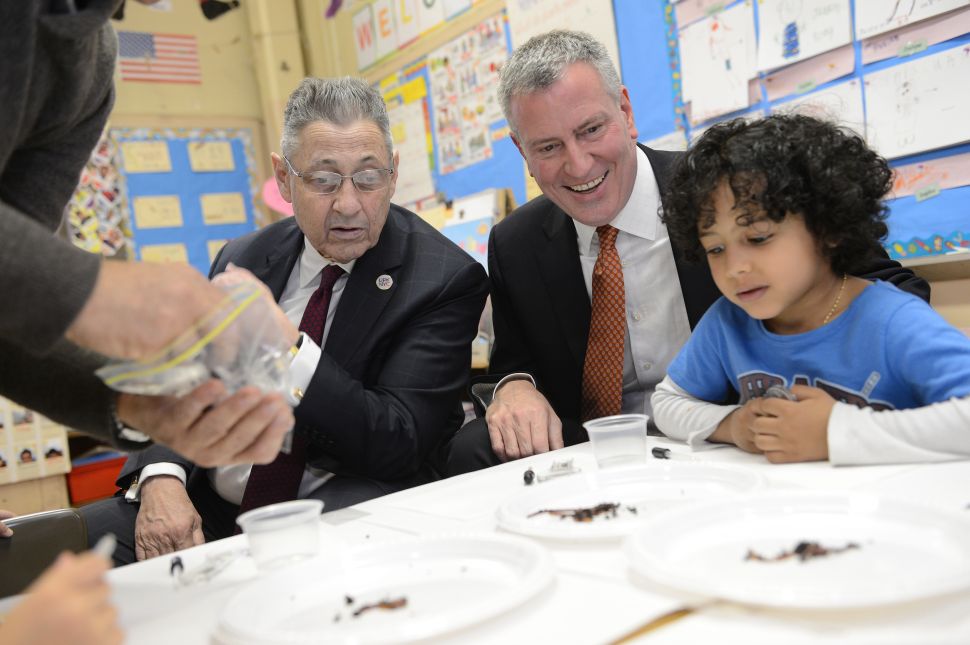