Bill O’Reilly shot back at George Will last night in what has been an ongoing feud between the two pundits.

Mr. Will published a second column in The Washington Post yesterday attacking the veracity of certain claims Mr. O’Reilly makes in his new book, Killing Reagan.

“Tidying up after O’Reilly could be a full-time job but usually is not worth the trouble,” Mr. Will wrote. “When, however, O’Reilly’s vast carelessness pollutes history and debases the historian’s craft, the mess is, unlike O’Reilly, to be taken seriously.”

“You may have noticed Mr. Will does not appear on The Factor,” Mr. O’Reilly replied on his TV show. “That’s because I believe his elitist presentation doesn’t fit our format. Nothing personal. Based upon his remarks over the years, he sees me as a vulgarian—word of the day! vulgarian!—who does not deserve the forum I have. So there is little common ground between us.”

According to Mr. O’Reilly, The Washington Post refused to publish his response to Mr. Will’s column. “They won’t let us reply,” Mr. O’Reilly said. “Disgraceful.” Fortunately, Mr. O’Reilly has a website and a talk show. He posted his rebuttal, which he co-wrote with Martin Dugard—the co-author of Killing Reagan—yesterday, and then declared on The O’Reilly Factor that he was “bored” with the fight.

“So this is my last reply to you,” Mr. O’Reilly said. “Everything in Killing Reagan is true. Everything is documented. You, George, are jealous. You’re jealous of our success on television and in publishing. Your last book was a huge bomb, George. A catastrophe in the sales department. Only 28,000 copies sold. I might be jealous, too, with that kind of resume. So I really don’t blame you. But your elitist tone has never really been welcomed here in The Factor, as you know. And we believe that is a factor in your current jihad against us. As far as we’re concerned George, where there’s a Will, there’s no way. End of story.”

Apparently Mr. Will is over it, too.

“No further columns or comments on this matter,” he told the Observer in an email. 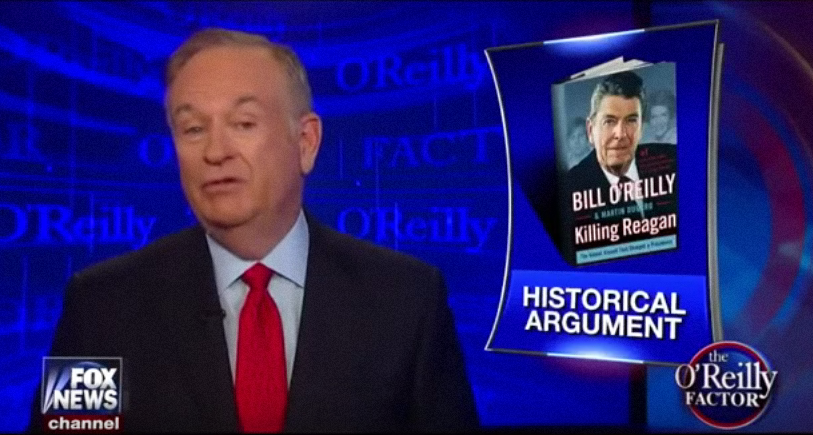