According to BioLite, the Brooklyn startup has completely paid off its carbon debt to the world, accounting for and offsetting the entire footprint of the company. The Observer recently spoke to its cofounder, CEO Jonathan Cedar, in a two-part conversation about the company that makes portable stoves that increase the efficiency of open flame while also generating electricity.

The company posted the news on its blog today:

Over the last six months we underwent an internal carbon impact analysis that identifies where and how we are releasing greenhouse gases through both our manufacturing methods and our operations. … As of November 17, 2015, BioLite has offset the full carbon emissions history of the company and will continue forward with carbon neutral operations in the years to come.

The company wrote that it also accounted for the carbon reductions of the stoves it manufactures, which produce more heat with less fuel, thereby reducing the carbon released by cooking over open fires (according to the post, the stoves cut the carbon emissions of cooking fires in half). The offsets have been independently verified by The Gold Standard (In its most recent podcast, Planet Money explores carbon offsetting).

The company has products for both the developed and developing world. Its developing world product, the HomeStove, is decreasing the carbon impact of cooking at home and improving health, especially for women and children, the company argues. Its founder also contends that mission oriented companies scale change more effectively than charities, as he told the Observer in a conversation this summer.

It has been accumulating carbon credits with The Gold Standard, which it sells to offset the costs of its stoves for some of the lowest income households in the world. However, the post explains that the company retired 2,921 of those credits, against the company’s own footprint, from manufacturing, packaging, travel and etc.

For more detail, the company released a full “Environmental Sustainability Report,” available at the end of the post.

To mark the milestone, BioLite released a “CampStove: Carbon” edition of 1000 all black camping size stoves ($129.95). 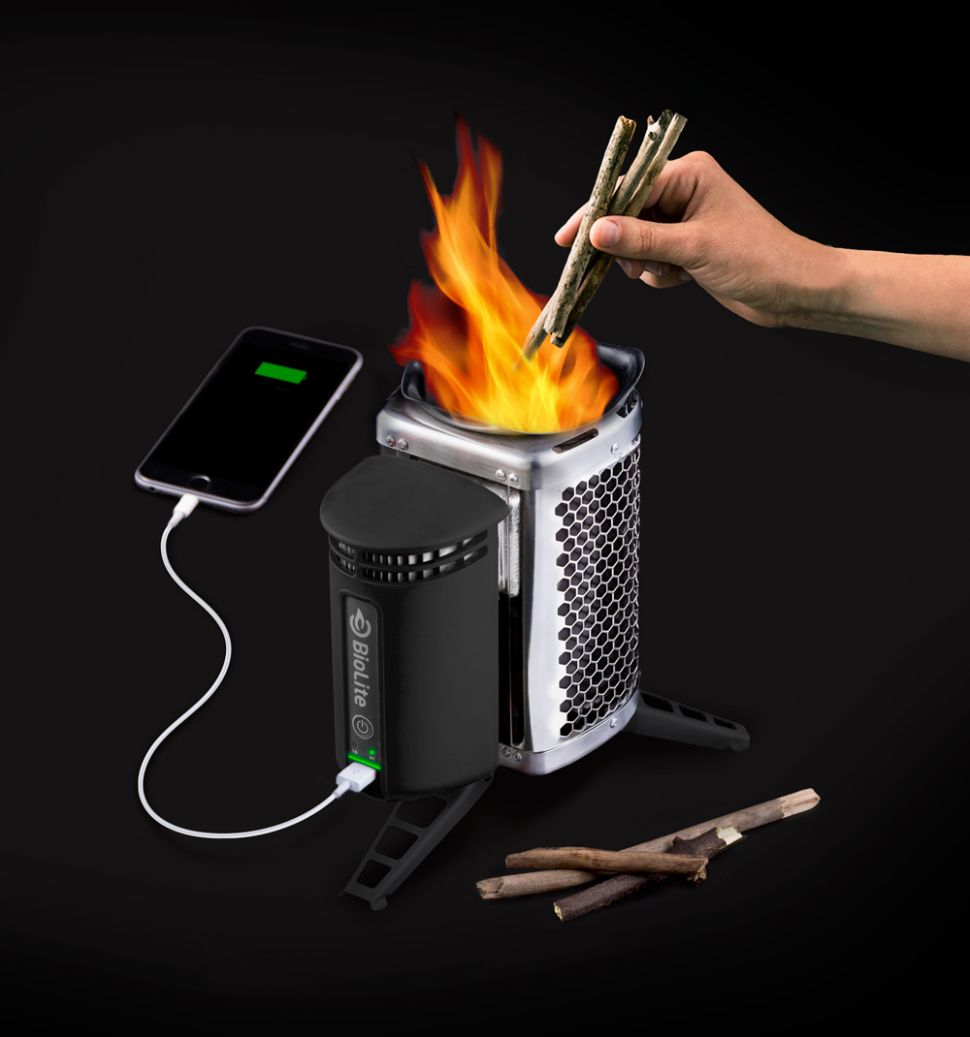