Bronx Councilwoman Maria Carmen del Arroyo announced late today that she would be stepping down at the year’s end.

The Puerto Rican-born South Bronx politician was vague on her reasons for stepping down, citing only “pressing family needs.”

“After much consideration and discussion with my family, I have decided to resign from the City Council effective December 31, 2015,” Ms. Arroyo said in a statement sent out this evening. “I will always be thankful to my colleagues in the Council for their continuous support, along with my friends and supporters who have made it possible for me to serve the people of the Bronx.”

One source, however, told the Observer that Ms. Arroyo may be leaving for a position in the private sector.

Ms. del Arroyo is the daughter of long-serving Assemblywoman Carmen Arroyo, and has sat in the Council since 2005, when she won a special election to replace José M. Serrano, who was elected to the State Senate.

The resignation will trigger another special election for the seat, which Mayor Bill de Blasio will have to declare within three days of the vacancy, and which will likely be held on February 16.

In March of last year, three of Ms. Arroyo’s 2013 campaign workers were arrested on charges of forging names to ballot petitions.

This story has been updated to correct the elected official Ms. del Arroyo replaced in the City Council. It was José M. Serrano, not his father, Congressman José Serrano. 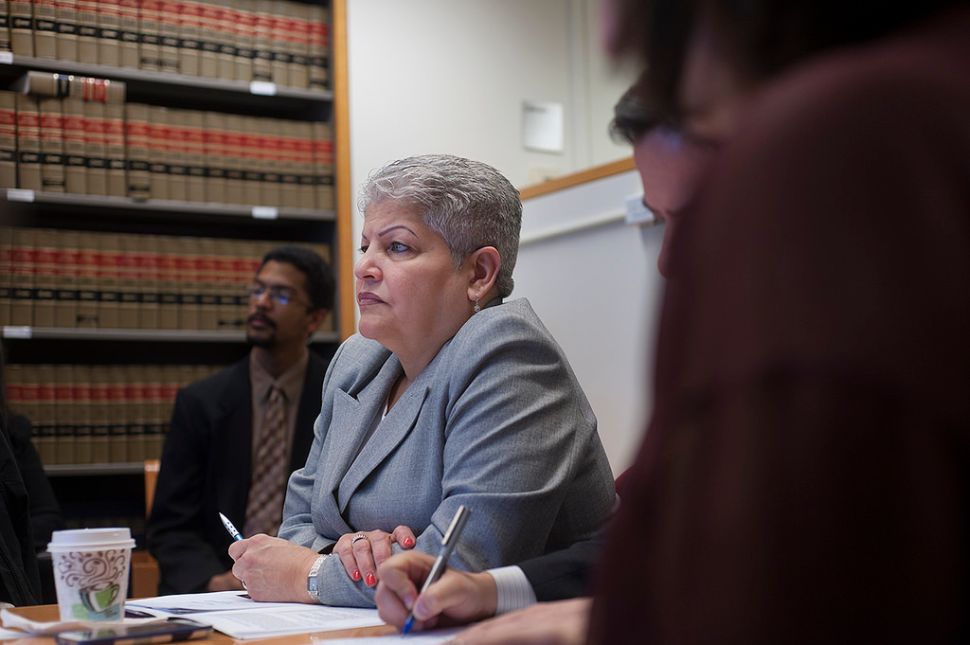