In Paris on the evening of Tuesday, November 18, a legendary band from the Emerald Isle stood on stage in a rock club. In the face of fear, in the face of terror, in a city that is the epicenter of the world’s anxiety and the word’s beauty, this group sang rousing anthems about war and peace, about bridging ancient hostilities caused by ignorance, about loving your fellow man even if their religion is one you were raised to hate. This foursome used the power of simple rhythms and soaring vocals to bravely raise the flag of hope and brotherhood.

U2 had the opportunity to make possibly the grandest and most meaningful gesture of their careers. But they didn’t. Fuck them forever.

That band, of course, were Stiff Little Fingers from Belfast, Northern Ireland, who performed as scheduled in Paris last night. U2, on the other hand, cancelled concerts in Paris this past weekend in the wake of Friday’s terror attacks.

Rock and roll is full of empty gestures, many of them beautiful, some of them stirring, a very, very few of them even necessary. After all, amongst our greatest icons is a multimillionaire, one of the wealthiest musicians of his era, who sang, “Imagine no possessions.” Rock and roll sends shivers up our spine, and leaves our lives inspired and our jaws agape. But it is also defined by the raised fist that meets no flesh.

When Jim Morrison mewled, “There’s a killer on the road/His brain is squirmin’ like a toad,” the Vietcong didn’t exactly drop their weapons, jump out of their spider holes and sing “Kumbaya.” And all that shrieking about “White Riot” didn’t keep Thatcher from rising to power, did it? But it was great fucking theatre.

This past weekend, U2 found themselves in the perfect place to do something exceedingly rare: They had a chance to actually make a meaningful gesture (those two words are generally oxymoronic).

I genuinely understand why U2 couldn’t go through with the EnormoDome gig they had originally booked in Paris, and the accompanying HBO simulcast; I understand the responsibility they had for hundreds of employees, both in their organization and at HBO, not to mention the fans who could potentially be a target. But are you telling me they couldn’t busk in the street, or show up at a club? Maybe they could have even opened for Stiff Little Fingers, the band who inspired much of U2’s strident lyrical imagery and emotional force.

Do not wait for some organized concert. Go there and hold hands with the frightened and the mourning; engage the ignorant with words, music and the peculiar fool’s gold glimmer of stardom; and give a soapbox to the tolerant, wise and compassionate.

(Ohhhh but they did have their picture taken at the memorial.)

In a career bursting with gestures, U2 had the opportunity to make what could have been the grandest and most meaningful gesture of their careers. Never, ever would U2’s message of Coexistence have had more meaning; Bono, the Edge, Clayton and Mullen could have begged for compassion, shed tears of mourning, shredded chords of anger. They could have walked in the bloody path of atrocity and opened their arms to the angels of peace. In other words, they could have done everything U2 always do in every concert; only they could have done it in a setting where it actually would have meant something.

Fuck them for underlining that there’s a paste-filled gem set in the paper mache ring of our rock and roll dream. Fuck them for reminding us that all those slogans really do mean virtually nothing. Fuck them for not trotting out one of their most gorgeously meaningless catchphrases—something about “In The Name of Love”—and placing this cheap, bubble-gummy piece of zircon in a setting where it actually would have meant something, where it would have sparkled like a diamond.

In 1968, The MC5 and Phil Ochs sang as the truncheons of Mayor Daley’s Chicago Goon Squad rained down on their skulls; in 1973, Victor Jara sang in Chile Stadium, his hands broken, his fingers burst and his death imminent, because a gesture was important and the world was watching.

I literally have no idea why U2 passed on this opportunity. Perhaps, to give them the benefit of the doubt, they were afraid of being labeled opportunistic; well, pal, revel in that, underline those accusations and give them a new context, make certain the world is watching so you can say, “This atrocity happened here, these obscenities of intolerance and violence can unite us, not divide us.”

Every musician of any goddamn importance and political and social pretension—Dave Grohl, Billy Joe Armstrong, the loathsome Sting—should be in Paris tonight singing their songs. I mean, that’s a fucking no-brainer. Do not wait for some organized concert. Go there and hold hands with the frightened and the mourning; engage the ignorant with words, music and the peculiar fool’s gold glimmer of stardom; and give a soapbox to the tolerant, wise and compassionate.

U2 had the perfect chance to do that. For some reason they didn’t. Of course, it would have all just been a gesture. But now is the perfect time for a gesture. 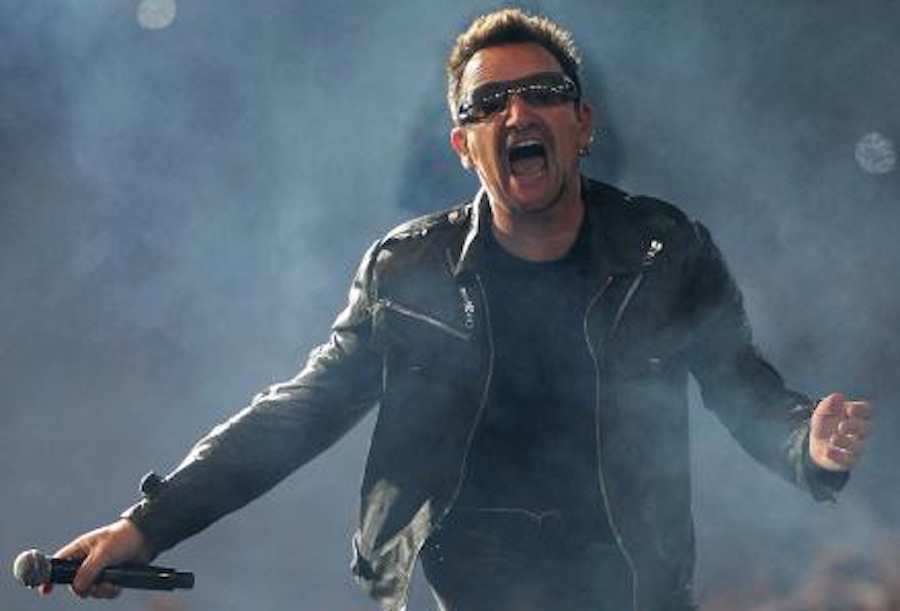