Carol Doda, who was widely credited with triggering a nationwide topless revolution as a 26-year-old go-go dancer in 1964, died on Monday in San Francisco. She was 78… Ms. Doda, a platinum blonde, gained particular attention for injecting her breasts with enough silicone to expand her bra size to 44DD from 34B…

You probably saw the obit. Carol Doda, the great topless artist, died the other day.

When I got the news it hit me like a sucker punch. It was night and I was alone. Too late to make a phone call. I went to my office and sat down at my desk and opened the bottom drawer and took out the good whiskey. I poured myself a shot and downed it. Then I had another. But the pain wouldn’t go away.

I put a sheet of paper in my typewriter and composed a letter to a friend.

There are no words to express my emptiness. But we must carry on…somehow.

She was a legend, a pioneer, a bold interpreter of a new art form. Our paths crossed all too briefly at San Francisco’s famed Condor Club back in ’79. I shall reflect on those happier days while I mourn this great loss.

With a heavy heart,

Sometimes writing is cathartic. This time it wasn’t. So I headed out into the night. It was drizzling. I flagged a Checker and told him to take me to the street. He dropped me at 52nd and Sixth. I eyeballed the scene. Charlie Parker was playing at The Onyx. Art Tatum was at The Three Deuces. Coleman Hawkins was sitting in at Jimmy Ryan’s. It was a good evening—for someone else.

I walked down the block without a destination. Several sisters of the night asked me for a date, but I wasn’t buying any. There was only one dame I had any interest in—and she was lying in a morgue.

I walked into Club Samoa. The palm trees, bamboo, and Tiki theme didn’t help my mood any, nor did the two Mai Tai’s I quickly knocked back. The music started up, a spotlight hit the stage, and out came Tempest Gale “The South Seas Siren.” Within a couple of minutes she was down to a few strategically placed palm fronds. But I had to turn my head away. My thoughts were with an abundantly endowed dame in a g-string who’d already said the long goodbye.

I tossed the bartender a buck, walked out, and wandered toward the Deuce. Carol. Gone forever. She was a swell-looking babe, and she was stacked. Sweet Carol. Her abstract, pneumatic gyrations had redefined Post-War art. I tried to get her out of my head but everything reminded me of her. All I could think of was Shelley’s elegy for John Keats.

He has outsoared the shadow of our night;

Envy and calumny, and hate and pain,

And that unrest which men miscall delight,

Can touch him not and torture not again;

From the contagion of the world’s slow stain

Shelley was right about “the slow stain.” The world’s an ugly place. As I staggered down Eighth Avenue I thought about the grimy quick-buck artists, the three-card monte guys, the pickpockets, the whores, the beggars, the thimbleriggers, the flim-flam men, the slicksters and sharpies and scammers and gamblers. And these are just the people who are running our country. Sure, Carol was “secure” from that “contagion” now. But was she better off sleeping the big sleep?

Carol knew plenty about silicone, and she knew something about the meaning of life. I’ll never forget her onstage at the Condor Club, shaking those magnificent ambersons. But say what you will of her—she was no acolyte of Shelley—or of Keats. She was partial to the musings of Thomas Gray:

The boast of heraldry, the pomp of power,

And all that beauty, all that wealth e’er gave,

The paths of glory lead but to the grave.

That’s where we’re all heading, of course. Whether you’re J.P. Morgan, a shoeshine boy, or a storied stripper, you end up in the same place. Carol knew that. We all know that. The game is fixed, the dice are loaded. And we’re all just passing through.

I know a dame who’s looking for answers. Hell, I’ve looked for answers myself, and the price of the question isn’t cheap. So this dame I know, she stayed in her marriage too long. About twenty years too long. She wants to know why she did it. Where did she go wrong? What does it all mean? How do I tell her that it doesn’t mean anything?

Ask Richard Alpert. After dosing himself with enough LSD he changed his moniker to Baba Ram Dass. A few years after Carol Doda shook the world, he penned a book called Be Here Now. And now, every gazabo and his sister buys a yoga mat and tells me that they want to “be present.” But maybe they’re just falling for Nike’s commercial message: “Just do it.” It’s not the same thing. Or maybe it is.

I remember how they used to introduce Carol: “And heeeeere they are…Carol Doda.”

The writer, Robert Benchley, was a hard-drinking alcoholic. One day, a friend said to him, “You know, alcohol is a slow poison.” Benchley replied: “So who’s in a hurry?”

I’ll ponder that tonight over a few martinis… while I’m thinking about Carol Doda. 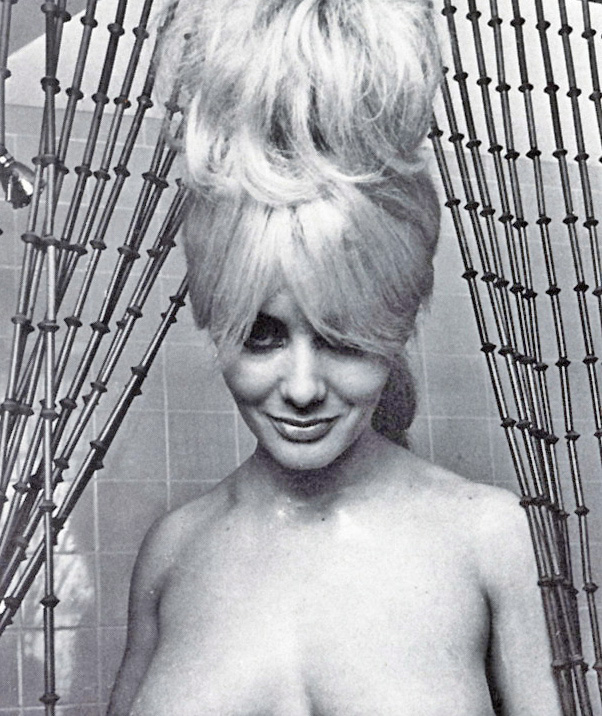