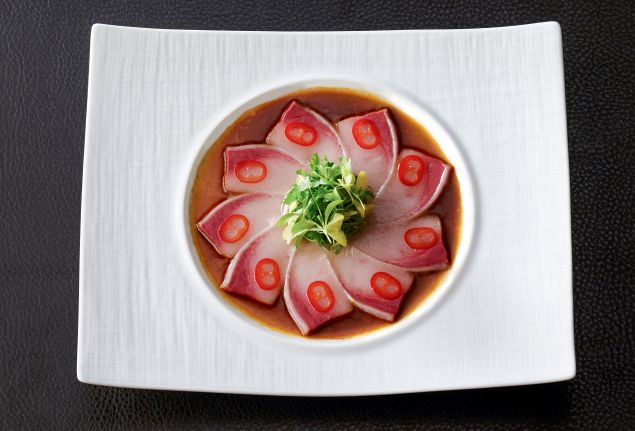 The next time serious Chinese food cravings hit, think outside the white takeout box. Actually, think about a location uptown, nestled on the bottom floor of a chintzy New York hotel. It’s a place where an impressive chandelier hovers above an opulent bowl of purple orchids and a mural of horses competes for attention among glossy black tables and ivory details.

Such is the scene at La Chine, Manhattan’s latest attempt to elevate the Chinese dining experience, located in the Waldorf Astoria. Under the direction of the Waldorf’s culinary director David Garcelon and executive chef Kong Khai Meng, La Chine is an opulent replacement for Oscar’s Brasserie, the breakfast and lunch spot that used to fill this space. 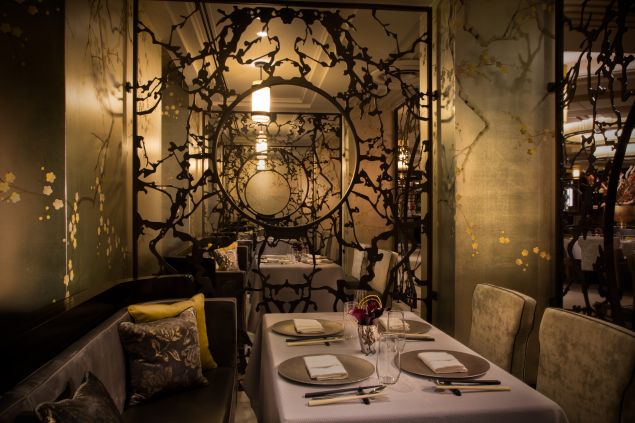 As the name of this restaurant reveals, the place has a French twist. Although this detail might be most recognizable through the dessert offering and an extensive wine list, that’s far from the first detail that deviates from other haute Chinese eateries in Manhattan. For one, La Chine boasts a raw seafood bar. While bites of yellowtail with Szechuan pepper oil seems a bit lacking in creativity, the Long Island fluke with its show of smoking peony oil was more sensational.

Another dish which impressed on its smoking qualities (among others) was the crispy Spanish mackerel. Served alongside pickled napa cabbage, the salty bite-sized nibbles of fish were presented in a smoke-filled glass cloche. Eating this dish was second only to its presentation. 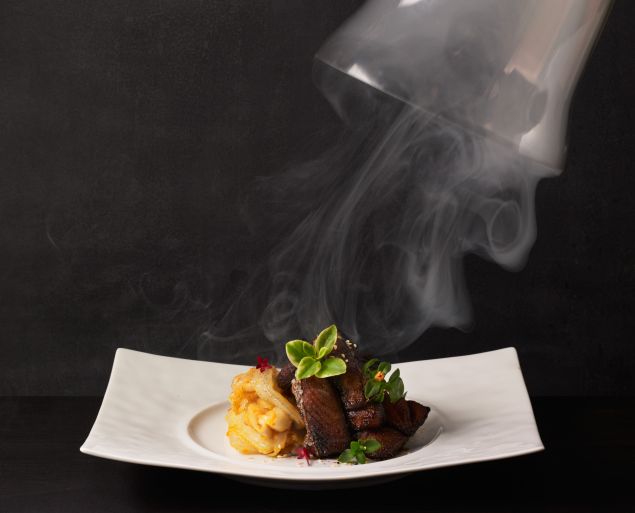 With a focus on Chinese cuisine in general, the region where each dish originates from is noted underneath its description: The bone-in kumquat pork ribs hail from Taiwan, the diver scallops are prepared in the Huaiyang manner and the buckwheat noodles with BBQ pork and shrimp are from Anhui.

The only thing I found that missed the mark were the cocktails, crafted by mixologist Leo DeGroff. While my dining companion’s Bulleit bourbon drink, featuring mint, shiso and velvet falernum was delightful (even to a non-bourbon drinker like myself), my Don Julio-based drink was lacking. Served over shaved ice and infused with sherry, agave, berries and lemon, the drink tasted like a cough drop, albeit a rather haute one.

Luckily, the wine pairing with each course made up for that alcoholic mishap. Particularly fantastic were the Alfred Gratien Rose Champagne, which accompanied the shredded gao bei dian tofu salad and crispy mackerel. The 2012 Titus Zinfandel from Napa Valley, paired with the main course, was dry, yet full-bodied and stunning. 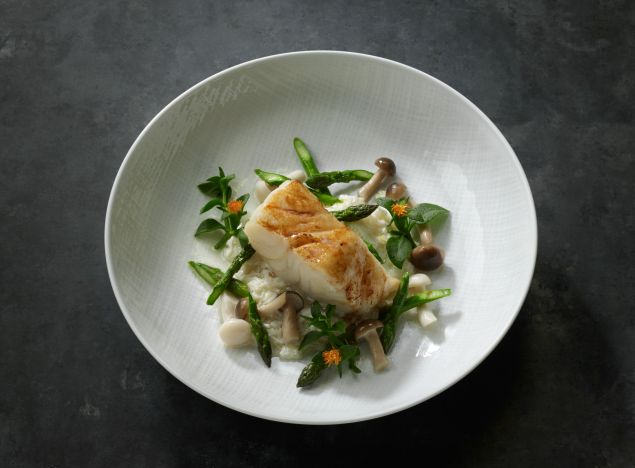 The main course, a fresh chunk of sea bass was delectably light and buttery, as it should be. A touch of sweetness in the dish came from the honey that was extracted from the hotel’s onsite beehives, located on the 20th floor. It was served alongside a Chinese takeout staple: fried rice. However, La Chine’s iteration played up delicate jasmine rice with bites of crab meat and flying fish roe alongside the usual peas and fried egg. 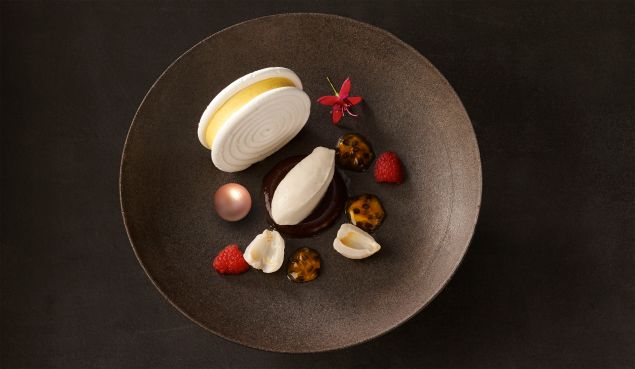 For the final touch, dessert was a beautiful finishing note. While the illanka dark chocolate and Szechuan pepper cake was delightful, the fromage blanc polochon, served on a bed of Earl Grey and berry granité was a true treat. At once light and dense, this modern take of berries and cream was a metaphor of sorts for the entire meal; inventive, bright, created with care and absolutely delicious. 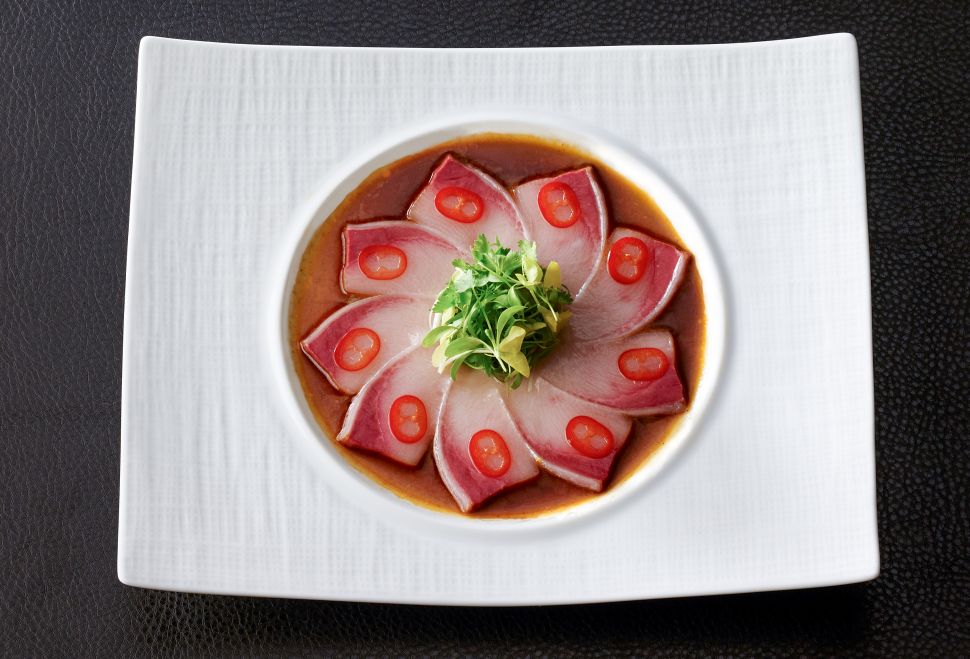