Soundgarden singer Chris Cornell knew his band was onto something when an audience member in Vancouver, B.C., hurled a heavy glass ashtray at him. “Clearly intended for my face,” adds the singer. It was the mid-’80s, and the term “grunge” hadn’t yet been coined for the spate of heavy-gloom metal-emo bands fomenting in and around Soundgarden’s fertile home base of Seattle.

Now, however, Cornell, whose new acoustic solo album Higher Truth was just released on vinyl, accepts his press-created tag of “the chief architect of grunge”—and his concerts have been thankfully free of audience-thrown missiles for decades.

‘I remember thinking right at that moment, “Ah, we know something they don’t. We’re on to something and they don’t get it yet, ’cause they’re afraid of it.” ’

“I actually like the tag now because it puts a name on something that I only sort of marginally understood,” he says. “What I understood was before Nirvana was a band or Pearl Jam was a band or Alice In Chains or Tad or Mudhoney…none of those, none of them existed yet.”

But when Soundgarden played that memorable Vancouver gig, Cornell had an epiphany. When the ashtray sailed by his head, he says, “I remember thinking right at that moment, ‘Ah, we know something they don’t. We’re on to something and they don’t get it yet ’cause they’re afraid of it,’ and that’s the first sign. Everybody knows what bad is, we know we’re not bad. This is something else,” he reminisces. “I remember loading the van and everyone was really down and I was giving this huge pep talk, because I understood that this weird combination of what we were doing was ‘the way.’ And now it has a name to it.”

The spotlight on the early-to-mid-’90s “Seattle scene” eventually cooled, but Cornell’s career and projects never waned. While the Grammy award-winning Soundgarden took a dozen-year break from 1997 to 2010, Cornell released the first of his four solo albums in 1999, logged seven years fronting Audioslave with Rage Against the Machine guitarist Tom Morello, and co-wrote and performed the theme song to the James Bond film Casino Royale, among numerous other musical projects.

Now 51, Cornell is delving further into more personal songs with Higher Truth. “I’ve always said that my albums are the ‘diaries to my life.’ I’m not one of those guys who looks out the window and sees something, then runs home and writes about it. It’s more constant observation,” he explains. “I’m not a big talker, and I’m sort of constantly looking and thinking, and then I remember odd things.”

‘I actually like the [‘architect of grunge’] tag now because it puts a name on something that I only sort of marginally understood.’

In writing for his bands, however, his songs might not be as introspective. “Personal [lyrics] being off the table is something that effects more a rock band, and a guy writing lyrics for a rock band. In the classic sense a song has to represent all four guys. It’s like you’re four superheroes standing up there conveying one attitude, then there’s a group of fans that are going to go, ‘Fuck yeah! Us too!’ When you’re a singer-songwriter you don’t have to worry about that, you can write about you.”

Soundgarden and Cornell are revered for visceral, heavy performances where moshing and stage-diving was the norm. Yet an intensity, led by Cornell’s soaring, multi-octave voice, is evident in the dozen acoustic songs on Higher Truth. “If you listen to the very first Bob Dylan record—it’s all covers—it’s almost punk rock,” he observes. “There’s one guitar, him singing and him bleeding into a microphone, just attacking this microphone, and it sounds super-aggressive, yet it’s just him.” 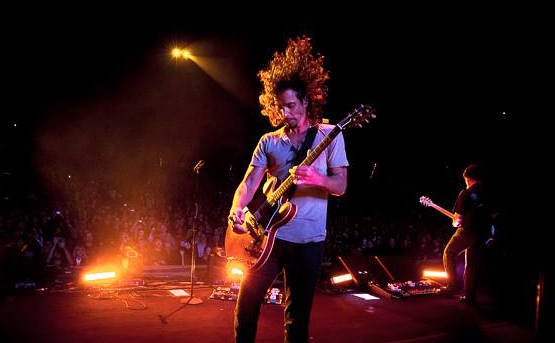 Cornell, who worked with musician-producer Brendan O’Brien (Black Crowes, AC/DC) on Higher Truth, says tunes like the mandolin-inflected “Nearly Forgot My Broken Heart” are “storytelling. You have the ability to sit and listen to it because you don’t have other distractions. There isn’t an elaborate instrumental arrangement that’s taking you into Middle Earth and back. I think you’re able to hear aspects of my voice and my singing and what it conveys in ways you’re not going to on a Soundgarden or Audioslave record.”

Without a band to bounce ideas off, Cornell, despite his impressive track record, still admits he has “this sort of existential crisis every time I get into songwriting. I’ll pause for a second and think, ‘Does this song need to be? Does it matter? Is it really necessary?’ If I listen to [Zeppelin’s] ‘Whole Lotta Love’ I never question it. I don’t go, ‘We could live without “Whole Lotta Love.” ‘ I don’t think that.”

While those inner queries provide a good litmus test, Cornell notes, “there’s no real objective answer. Where it becomes a good question is when the answer is immediately ‘Yes. Thank God someone wrote this song.’ And,” he concludes, “I think I have a lot of those, so I feel good about that.” 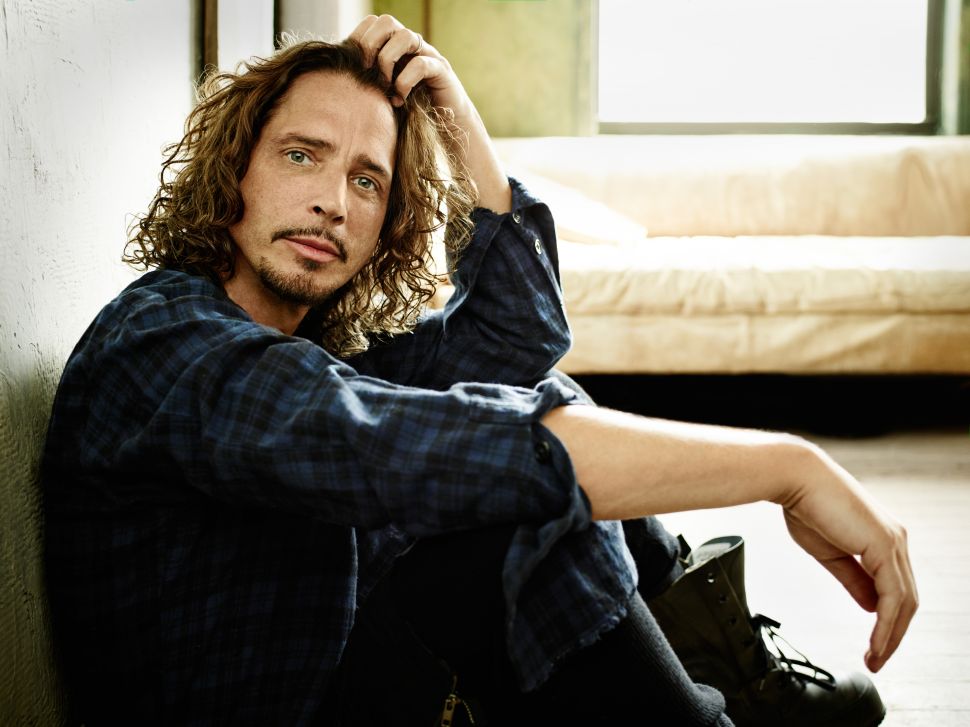