TRENTON – Following a press conference where he officially pardoned a recovering New Jersey drug offender and spoke to the state’s need to reduce prison overcrowding, Governor Chris Christie raised some hackles among with the press when he swept out the door without taking questions afterward.

With some grumbling that the governor had misled the local press in organizing a bait-and-switch presidential campaign stump, the rationale behind Christie’s avoiding questions seemed unclear.

The governor has played it safe so far in responding to Donald Trump’s dubious anecdote about middle eastern communities cheering the destruction of the world trade center, telling reporters in so many words that he wouldn’t take a position.

“I do not remember that, and so it’s not something that was part of my recollection. I think if it had happened, I would remember it, but, you know, there could be things I forget, too,” Christie said.

Between the chance to out-bluster Trump and the opportunity to address the head of the New Jersey state police union’s accusations of broken campaign promises on police pensions, Christie would would presumably want a shot at addressing the criticism and shoring up his image as a law-and-order candidate.

Patrick Colligan, the union’s head, had come out against Christie last month.

“We would appreciate Gov. Christie holding to the sacred trust promise he made when he was a candidate for governor in 2009 and meeting his obligation to fully fund the pension system,” he said.

As he leads with his law enforcement record in New Hampshire and across the country, the pension shortfall is not the only place where Christie has been seeing his existing constituency cool on just that issue.

One of Christie’s only other events in his home state since going on the campaign trail was in Camden, where harsh Republican critics of the privatized police force he was there to praise called that record into question.

Could New Jersey’s famously outspoken governor be turning sheepish in the face of national scrutiny? And does he wish the New Jersey press corps a happy Thanksgiving? 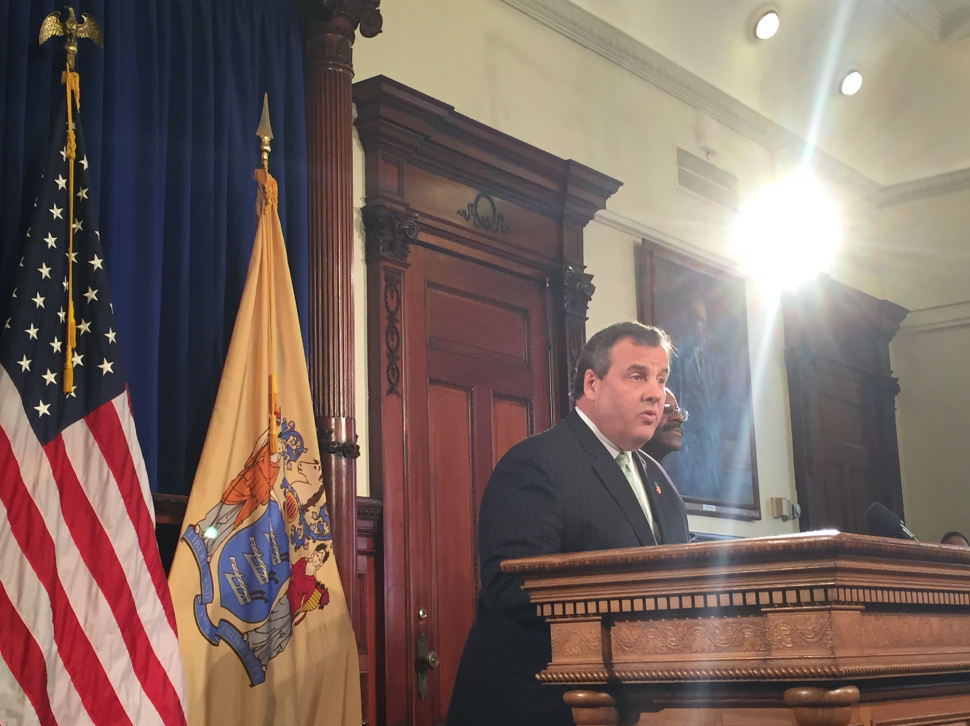