If Barack Obama thinks it is good foreign policy to allow American’s to visit Cuba, it won’t happen from New Jersey’s airports if Chris Christie has something to say about it.

Governor Chris Christie recently called on the Port Authority of New York and Jersey to withdraw its support of United Airline’s efforts to operate commercial flights out of Newark’s Liberty International Airport.

Under existing federal regulations governing Cuban air travel, U.S. airports that can process international flights may request approval from the U.S. Customs and Border Protection (CBP) to process authorized flights between the United States and Cuba. The request is supposed to come from the director of the port authority governing the airport seeking approval.

After United announced that it was seeking government approval to begin operating flights between Newark and Cuba and had obtained a letter of support from the Port Authority, Gov. Christie sent a letter to Port Authority Chairman John Degnan. The Governor’s letter called on the Port Authority to withdraw its support, citing the Cuban government’s failure to send fugitive Joanne Chesimard back to the United States. Chesimard escaped to Cuba in 1977 after being convicted of murdering a New Jersey state trooper and was granted asylum by Fidel Castro.

“I understand that the Port Authority is considering a request to open regular flights between Cuba and Newark Liberty International Airport,” Gov. Christie wrote. “It is unacceptable to me as governor to have any flights between New Jersey and Cuba until, and unless, convicted cop-killer and escaped fugitive Joanne Chesimard is returned to New Jersey to face justice.”

Gov. Christie successfully convinced the Port Authority to withdraw its support. Just days after Gov. Christie’s letter was made public, Degnan sent a letter to acting United CEO Brett Hart expressing Gov. Christie’s concerns and urging the airline to reconsider its Cuba plans. It will ultimately be up to the CBP to grant United’s request, and it is unclear how much weight will be awarded to the Port Authority’s opposition.

Nonetheless, a larger battle regarding proper balance of power between the Legislative and Executive Branches of the U.S. Government will likely take place down the road. Using his Executive Power, President Obama can chip away at the decades old trade restrictions against Cuba. He can reestablish diplomatic relations, make it easier for businesses to transact business with the island nation, and even open an embassy.

Easing travel restrictions is also within the authority of the President. Under his Executive Order, individuals who satisfy one of the 12 categories of authorized travel, such as business trips, family visits or cultural exchanges, will no longer need to apply for a license to visit Cuba, subject to certain conditions. They will also be able to use their ATM and credit cards while visiting the country. The Executive Order also calls for U.S. and Cuba to reach an agreement to resume regular non-charter flights between the two countries. According to the Obama Administration, the hope is for authorized travelers to be able to book flights to Cuba just as they would for other types of trips, which means via airline and travel websites.

The Obama Administrations goal is clearly to reestablish enough commercial and tourism ties with Cuba that the next President will have difficulty undoing them. However, President Obama cannot unilaterally lift the Cuban embargo without the cooperation of Congress because many of the restrictions are codified in federal statutes, such the Helms-Burton Act. The law requires Cuba to make “a peaceful transition to a representative democracy and market economy in Cuba” prior to the removal of any existing sanctions.

Given the resistance to President Obama’s executive actions to normalize relations with Cuba, Congress is unlikely to pass legislation lifting the trade and travel embargo. It would also not be surprising if the President’s executive orders were challenged in court. 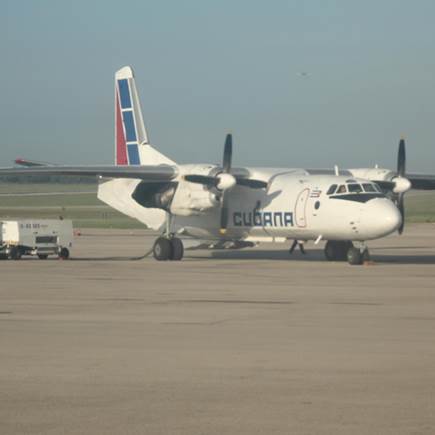