Climate change activists set up shop inside the 1840s gallery of the Tate Britain over the weekend where they tattooed the numbers of CO2 concentrations that were in the air during the years they were born onto their bodies. Their protests are aimed at the UN climate change talks scheduled to take place in Paris this week.

The New York Times’ Randy Kennedy writes about how museums are moving to recognize black artists in the art historical canon through recent acquisitions, exhibitions, and expanded curatorial staff. The article, which appeared on the front page of The Times over the weekend (one of the few arts stories to do so in recent years) is accompanied online with a series of artists video interviews featuring Eldzier Cortor, Betye and Alison Saar, Sam Gilliam and Rashid Johnson.

Interviewed for the previously mentioned Times’ article, artist Eldzier Cortor passed away on Thanksgiving Day at 99 years old. His artwork is part of the collections of the Art Institute of Chicago, the Smithsonian American Art Museum, and he was featured in the downtown Whitney’s inaugural exhibition “America Is Hard to See.”

The Art Newspaper rounds up all the museum shows you won’t want to miss in Miami this week while in town for Art Basel.

Jeb Bush isn’t the only presidential candidate headed to Miami with the hopes of picking up donations from wealthy collectors. Democrats Martin O’Malley, former governor of Maryland, and Hillary Clinton, former U.S. secretary of state, will be there too.

Visitors to South Beach’s new One Hotel will be able to take spin classes on site with SoulCycle Tuesday through Friday thanks to Los Angeles-based artist Gregory Siff. During class on Tuesday morning, the artist will begin work on a mural “fueled by the riders of each class,” he told The Wall Street Journal. The mural will hang in the SoulCycle study when it’s completed. 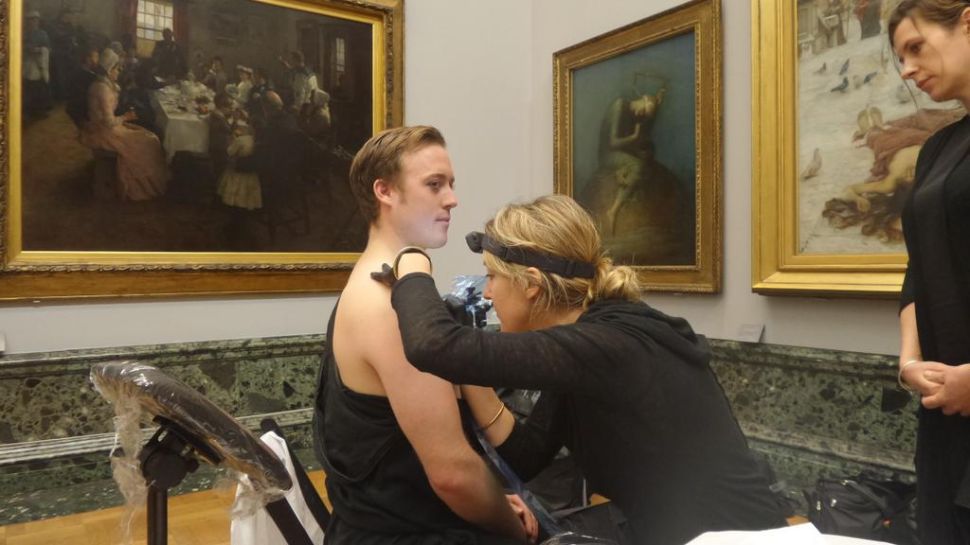