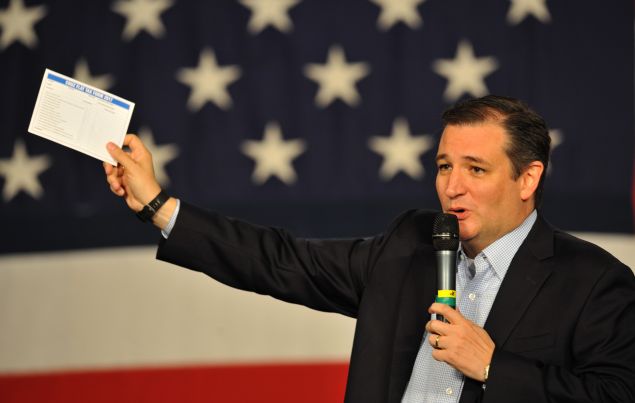 MSNBC’s Chris Matthews caught something following the third Republican debate that most of the postgame analysis missed.

Mr. Matthews, whose bombastic on-camera histrionics sometimes obscure his incisive political insights, noted that Sen. Ted Cruz (R-Texas) seemed to be making a play for the small-l libertarian supporters of Sen. Rand Paul (R-Ky.) and his father, former U.S. Rep. Ron Paul (R-Texas). With his nod during the debate toward reinstatement of the gold standard, and his criticisms of the Federal Reserve, Mr. Cruz echoed some of the key themes that have made the Pauls the darlings of the libertarian right.

While Mr. Cruz may well believe that the Fed has overstepped its bounds and that tying the currency to gold again may be the way to go, it seems unquestionable that these statements are also strategic. Mr. Paul, thus far, has not lived up to the expectations that he would be able to leverage his father’s supporters to become a real contender. In fact, his polling numbers have become so tepid that he narrowly avoided being relegated to the “kids’ table” debate this week, and questions have beset his campaign as to how much longer he will stay in the race. Mr. Cruz alertly seems to be positioning himself to tap into the support that initially was expected to go to Mr. Paul, so as to secure that support for himself if and when Mr. Paul drops out.

This would be entirely in keeping with Mr. Cruz’s behavior throughout the nominating campaign. Remember that the Texas Senator made an early point of lavishing praise upon Donald Trump, when other candidates were dismissing the tycoon as a sideshow whose frontrunner status could not possibly last. As Mr. Trump’s support has shown unexpected staying power, other Republican candidates (notably Jeb Bush and John Kasich) have taken him on, with little perceptible negative impact except perhaps to themselves.

But Mr. Cruz continues to leave Mr. Trump alone. This diplomacy is unusual for the firebrand populist, who in his brief Senate career has alienated many of his Republican colleagues and even called Majority Leader Mitch McConnell (R-Ky.) a liar in a speech on the Senate floor. In an article on this topic in July, The Atlantic dismissed Mr. Cruz’s public attack on his own party’s Senate floor leader as a cry for attention to jump start his presidential campaign, then hovering below 5 percent in the polls.

Perhaps Mr. Cruz, who has seen his polling numbers more than double since then, has done a better job of reading his party’s mood than the media has. No doubt the Ivy League-educated Texan has made a note of the fact that the winds of change in his party are blowing against candidates who are seen as members of the establishment. Per Real Clear Politics, recent national polling has consistently shown the combined support of Mr. Trump and Dr. Ben Carson approaching or exceeding 50 percent of likely Republican primary voters, with similar results in polling of individual states. Mr. Cruz’s kindness toward Mr. Trump, and his comments about the Fed and the gold standard, indicate a strategy to inherit disaffected, populist Republicans if and when insurgent candidates like Mr. Trump, Dr. Carson and Mr. Paul fade.

Mr. Cruz’s public attack on Mr. McConnell and his feuds with other establishment Republicans such as Sen. John McCain (R-Ariz.) play right into this strategy. While official Washington, and official Washington media, puzzle over Mr. Cruz’s alienation of his own party’s bigwigs, what the wily Texan is up to should not be especially difficult to discern. The self-proclaimed “Reagan conservative” seems to be channeling the Chinese Communist revolutionary Mao Zedong, who reportedly said: “When one senses the winds of change, he should not build a windbreak but a windmill.”

Much like Sen. Marco Rubio (R-Fla.), Mr. Cruz faces the dubious task of convincing angry, Republican base voters that a member of a body known as “the world’s most exclusive club” is really an outsider. By praising Mr. Trump and blasting Mr. McConnell, Mr. Cruz is planting his flag with the insurgents, and his polling numbers have surged to the point where he is now consistently in the top four contenders, along with Mr. Trump, Dr. Carson and Mr. Rubio.

On the other side, recent rumblings in the establishment camp, including the decision of billionaire donor Paul Singer to back Mr. Rubio, seem to be signaling a move by the establishment toward Mr. Rubio as the prospects of candidates like Mr. Bush and Mr. Kasich appear less and less promising.

Meanwhile, Mr. Cruz continues to stay away from attacking Mr. Trump and Dr. Carson, and to signal to Mr. Paul’s backers that he is on their side, while training his fire on the three groups that discontented Republican populists hate the most: the Democrats, the media, and the Republican establishment, which they view as the three-legged stool of business as usual.

It seems clear that Mr. Cruz is banking on the eventual fade of the current insurgent frontrunners and hoping to inherit the support of Mr. Trump and Dr. Carson, as well as the libertarian wing that initially was thought to be a lock for Mr. Paul. With Mr. Trump’s recent plateauing in the polls and the flurry of attacks on Dr. Carson’s honesty and credibility, as well as Mr. Paul’s slow fade, this vulture-like strategy may turn out to be a perfect calculation. If he can pull this off, Mr. Cruz could find himself as the last insurgent standing against the party’s powerful establishment wing. In the era of the “mad as hell” Republican voter, this could be the perfect place to be. 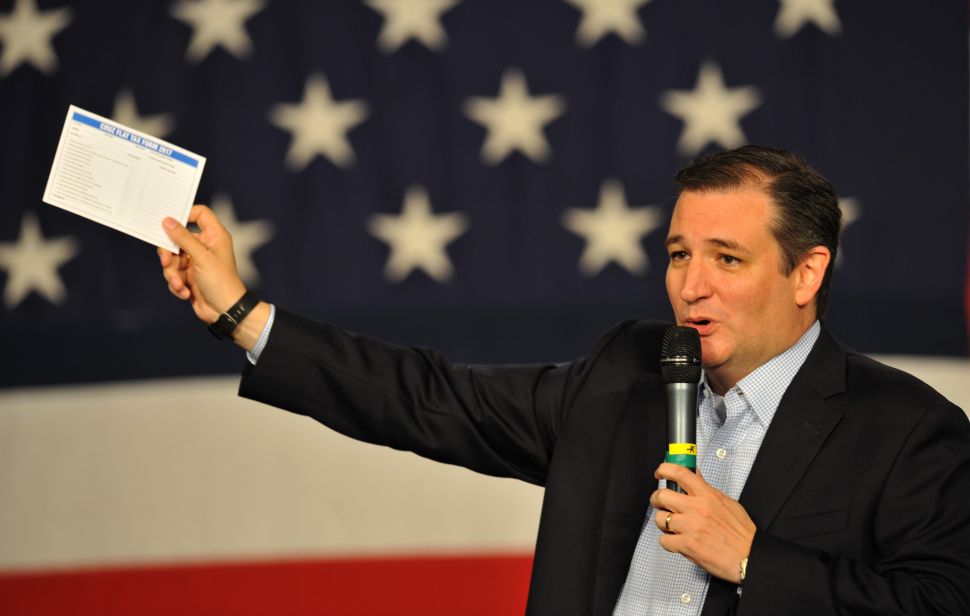