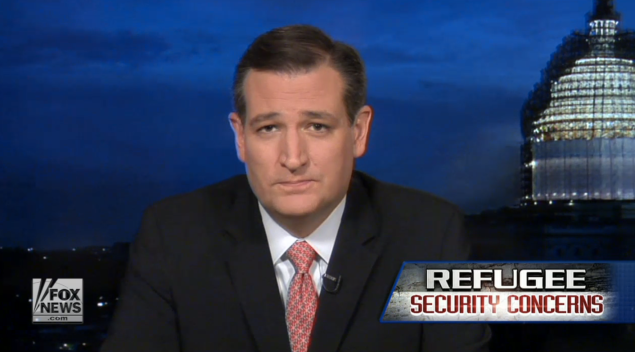 A week after last Friday’s terrorist massacre in Paris, vivid videos dominated the screens of the cable news channels and the atrocity bled into the Presidential campaign. We saw footage from three security cameras in a restaurant sprayed with bullets that shattered both windows and lives.

From Virginia, we saw—in a view from behind—the broad back of a large, muscular man in a tight tee shirt. He had big arms and a shaved head. He spoke at a meeting to plan a Muslim mosque. He didn’t want a mosque. He pointed his finger and addressed the Muslims in the manner of a professional wrestler, only scarier.

“Every Muslim is a terrorist,” he said. “You are terrorists. Every one of you.”

On the Republican side, candidates Senator Ted Cruz of Texas and former Governor Jeb Bush of Florida played the religious card. In that the terrorists of ISIS killed 129 people in the name of Islam, they reasoned, the United States should be most welcoming to Christian refugees from the Syrian Civil War.

“Who in their right mind would like to bring over tens of thousands of refugees when the administration can’t determine who is and who isn’t a terrorist,” Mr. Cruz said Thursday night when he dominated the first half of Sean Hannity’s show on Fox News Channel.

‘I would encourage you, Mr. President, come back and insult me to my face. Let’s have a debate on Syrian refugees right now.’

All these corpses and hot-headed opinions favor the visceral appeal of Mr. Cruz, who pushes a refined and polished version of the same message delivered by the big guy at the mosque meeting. ABC Wednesday morning showed a clip of Mr. Cruz surrounded by media.

He complained about President Obama who, while in Turkey, dared to mock Republican xenophobia.

Not everyone was foaming at the mouth. On MSNBC Wednesday morning, Jose Diaz-Balart interviewed Rep. Luis Gutierrez (D-IL), who began with “I understand why people would be fearful. It’s a normal response.”

But he went on to say more on behalf of the refugees, who many governors want to refuse. The House of Representatives rushed through such an anti-refugee bill Thursday.

He asked rhetorically if that included “a mom who has little daughters who are going to be sold into slavery” and if America has no place of refuge for such people.

“I think there is a place in America for them,” he said. “Republicans are pretty good at fear. Remember Ebola? ‘Shut the borders down.’ They’re good at bringing fear.”

Mr. Gutierrez said Americans of 2015 should not reject refugees the way the U.S. did to European Jews in the 1930s before the Holocaust. He said we look back in shame for that, just as we do for the internment of innocent Japanese-American citizens during World War II.

“Let us not have a regrettable situation like that again,” Mr. Gutierrez said. “It feeds into ISIS. America’s saying ‘There is no room for Muslims. We fear you. You are dangerous people. You are unacceptable in America because you’re not Christians.’ That’s the wrong message to send to the world. It feeds into this terrible, terrible idea that America isn’t a loving and caring country. We are!”

Of the three big cables, CNN played it straightest, as usual. On Anderson Cooper 360, Paul Cruickshank tried to describe the evolution and appeal of ISIS. It began as al Queda in Iraq and used dozens of female suicide bombers. ISIS recruits well in prisons, he said.

“They’re saying ‘We can offer you redemption for your past criminality,’” he said. “’You can reach paradise if you follow our path.”

But when Brooke Baldwin of CNN interviewed former CIA director James Woolsey, he blamed the attacks on Edward Snowden, the American who disclosed the vast extent of American spying in the name of national security. Mr. Woolsey called it treason.

“I would give him the death sentence,” he said. “I would prefer to see him hanged by the neck until he’s dead rather than merely electrocuted.”

“I think the blood of a lot of these French young people is on his hands,” Mr. Woolsey said.

Back on Fox, Mr. Hannity’s usual Punch-and-Judy show was a little more bitter than usual on Wednesday. Military analyst Ralph Peters said, “I’m waiting for this president to call Eric Holder out of retirement to lead a new movement: ‘Jihadis Matter.’”

Juan Williams, the network’s token liberal, at first backed off when Mr. Hannity interrupted him and insulted his intelligence. Mr. Williams had dared to say that America should be a compassionate country and allow well-screened refugees.

Mr. Hannity leaned forward and pointed a finger at Mr. Williams and said: “And when they attack and people die—?”

Mr. Hannity interrupted again and repeated that refugees were going to kill Americans.

“Who has blood on their hands (then), Juan?” Mr. Hannity asked.

Finally, Mr. Williams got a few words in. 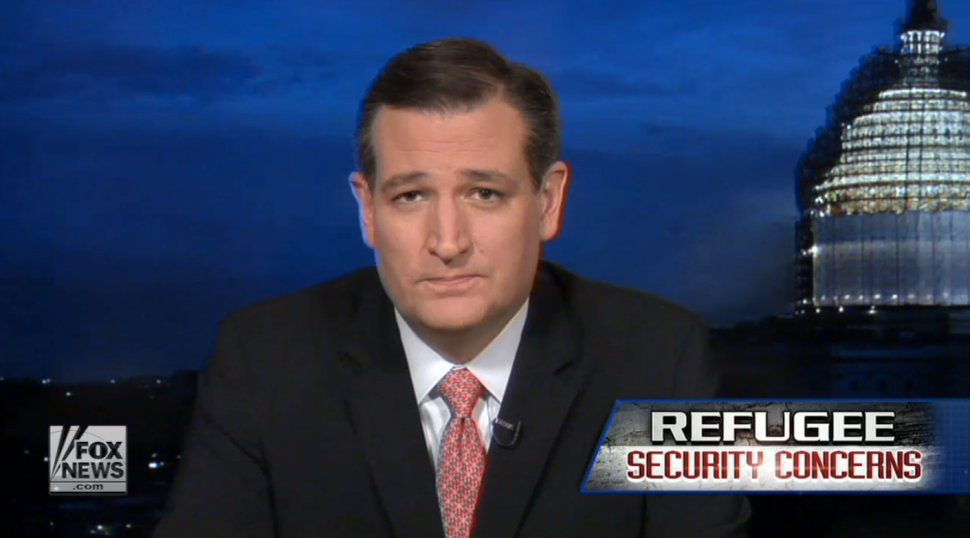