In a recent interview on CBS with Jimmy Iovine and Mary J. Blige, legendary record producer Mr. Iovine dropped some knowledge on women everywhere while discussing Apple’s recent nationwide commercial featuring Blige, Kerry Washington and Taraji P. Henson: “Girls are sitting around talking about boys. Or complaining about boys! They need music for that, right? It’s hard to find the right music. Not everyone…knows a DJ.”

Thank you for dumbing down women everywhere, Mr. Iovine.

Thank you for dumbing down women everywhere, Mr. Iovine. As if we couldn’t use our tiny brains to discover music all on our own.

Putting aside the fact this is a PR nightmare, it’s also a slap in the face to any female writer, editor or music fan out there. Music is represented by so many things: emotions, freedom, heartbreak, beauty, tragedy, anger…the list goes on. But, the one thing that it never should be associated with is insult.

Mr. Iovine’s portrayal of women isn’t just ill-informed, it’s painfully reductive. No, not everyone knows a DJ, but I’m pretty sure we women can figure out how to find one via Google. Why couldn’t these women be talking about something other than boys? Why not politics? Or the last concert they went to together? For the three strong, confident and intelligent women representing this ad, it seems like they could be doing or talking about something other than, well, boys. A commercial that’s featuring three powerful women should have been spearheaded by women: it’s so transparent that this commercial was developed by someone who sees a basic idea of what women do and how they’re supposed to act.

Learning about music content, culture and its business is something that’s always been available to everyone. It’s not that hard to do a Google search and try to figure out what kind of song, artist or genre you’re looking for.

For as long as I can remember, music has been a huge part of my life.

My childhood memories are filled with sifting through my parents’ record collection: Meatloaf, The Beach Boys, and Bruce Springsteen (a must-have for any Jersey kid). In 1995, at 5 years old, my parents bought me my first two records: Alanis Morissette’s Jagged Little Pill and Green Day’s Dookie. Any time it was a birthday or holiday, I asked for CDs. I hoarded them. As I grew up and the Internet became more accessible, mp3s took over my iTunes library. When I was in early high school, I discovered the secret language of music blogs and my knowledge blossomed: I discovered bands like Margot & the Nuclear So and So’s, The Long Blondes, The Shins, M. Ward, Voxtrot, Marnie Stern—many bands I’d never hear from again. The Hype Machine made music discovery and fandom a mainstay for anglophiles and music writers alike.

By 19 years old, I went from having a modest collection of 2,000 songs to having 50,000 tracks in my library. While I was never great at playing football, the one thing I could beat a boy at was my music collection, though that’s never mattered much to me. I never associated gender with music, but it has become something that is relevant in my life.

I found my passion for music at an early age: whether it was my full-time job or side gig, it needed to be a part of my life. I never knew what I was “good” at other than knowing a lot about music (and I’d later discover—writing). I’ve spent most of my life discovering, talking about and telling others about music. It takes up about 90 percent of my vocabulary.

The music industry overall has long struggled with gender bias, and Mr. Iovine’s opinions and comments don’t seem to be moving the needle in a more progressive direction. Having freelanced as a music writer for seven years, I know a ton of women who are editors, writers and fans who have been able to discover music conventionally and unconventionally. So, Mr. Iovine, just so you know: we women don’t need you to mansplain music discovery to us. We’ve been doing it on our own for a long time, and we’ll continue to do it—with or without you. 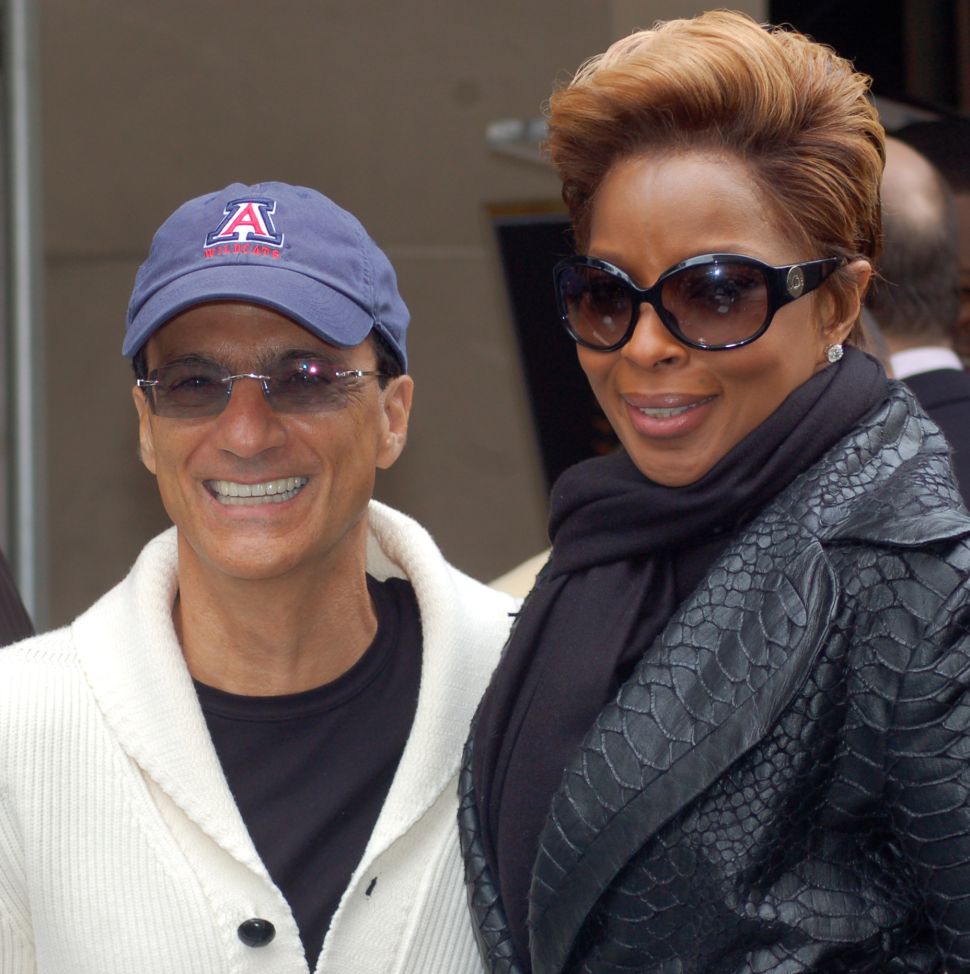