On Monday a commission of the World Anti-Doping Agency (WADA) released a 323 page report detailing what international sports observers have assumed and in some cases known for years: namely, that Russia has engaged in the systematic and state-sponsored use of illegal drugs to cheat at international sports events to improve the performance of Russian athletes.

The commission from WADA, an internationally respected organization, called on Russia to be banned from participating in the 2016 Olympics in Rio de Janeiro after uncovering a long list of dope-using abuses, crimes, bribes, payoffs, and coverups.

The WADA report found that the head of Moscow’s anti-doping lab admitted to destroying more than 1,400 test samples, while the head of the Russian sports ministry ordered labs to destroy evidence of dope use and the Russian security agency FSB (which is the successor to the KGB) conspired and participated in the scheme to use dope to help Russian athletes cheat in international sports.

Today is time for the world to say no to Vladimir Putin and the abuses of corruption and dictatorship he brings to international sports.

The WADA report further discredits FIFA, the scandal-ridden agency that awarded the 2018 World Cup to Russia. Russian Sports Minister Vitaly Mutko, who is implicated in the WADA commission doping investigation, is a member of the FIFA executive committee.

It is appalling and amazing that the commission found that Russia even cheated in the 2014 winter Olympics that it hosted at Sochi. I would add that while Russian officials were fixing the Sochi games by enabling its athletes to use illegal dope, henchmen of the Russian dictator Vladimir Putin were beating and whipping women who were politically dissident members of the Russian punk rock band Pussy Riot—a crime that was caught on tape and viewed across the globe.

What Sen. Elizabeth Warren has charged about the corruptions of politics and the modern financial system is all-too-often becoming a way of life on a wide range of matters that involve money or power. Yes indeed very often the bid is rigged, the deck is stacked and the game is fixed to the unfair advantage of some and the punishing disadvantage of others.

When Russia uses dope to cheat in the Olympics there are talented and honorable athletes from nations across the globe who spend years training and preparing only to be defeated by cheating Russian athletes using illegal dope backed by the state support of the Russian government and facilitated by the active involvement of the spy agency successor to the KGB.

Let the world send a message to Vladimir Putin that his behavior will not be tolerated.

But lets be clear about this as well: Russian strongman Vladimir Putin, who was once himself an officer of the KGB, has brought many of the crimes of the Soviet era back to the daily workings of the Kremlin. While some of his political opponents die under suspicious circumstances what little is left of freedom of the press is being destroyed by Putin’s dictatorship and political opponents are often put in jail after trials that are fixed in courts that are rigged.

I have long argued for a much more assertive diplomatic and security response by the U.S. and NATO and long ago called for much stronger economic sanctions in Russia.

Today is time for the world to say no to Vladimir Putin and the abuses of corruption and dictatorship he brings to international sports. If there is anything that violates any semblance of the Olympic ideal, it is dope-dealing attempts to fix the Olympic games. If there is anything the violates any semblance of standards for international soccer it is the scandal-ridden surrounding FIFA.

Russia should be banned from participation in the summer and winter Olympics for a full decade to drive home the point to the world, and to the people of Russia, that Putin’s offenses will not be allowed to corrupt and pollute the world of sports.

The 2018 World Cup should not be hosted by Russia. That honor should be cancelled forthwith. Bidding should be immediately reopened under neutral international supervision to decide which nation should host the 2018 World Cup. Let the most worthy host candidate prevail after an open and honest process where the bid is not rigged and the outcome is not fixed!

Let the world send a message to Vladimir Putin that his behavior will not be tolerated. And while the Putin-controlled media will certainly lie to the people of Russia, the Russian people should enjoy the pleasure of watching Olympic games on television without the participation of Russian athletes, and enjoy the wonders of soccer in a 2018 World Cup taking place in a nation other than Russia. 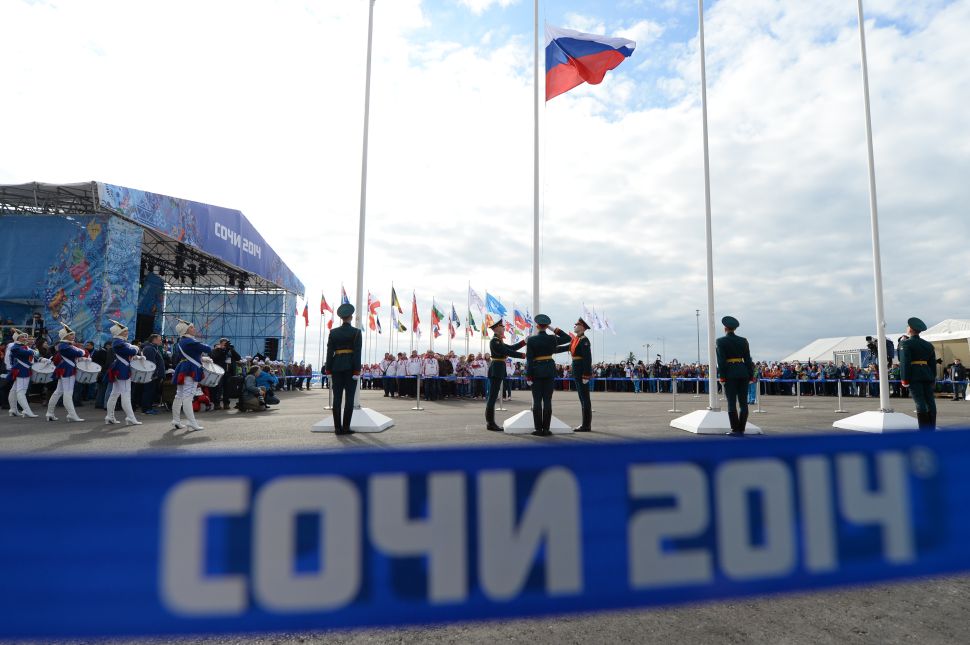