Dreamcaps is a series in which I write recaps for episodes of TV shows that do not exist. That means I make up absolutely everything, except for the show titles, which are made up by YOU- if you have an idea for a show title you’d like to see recapped, tweet @jennyjaffe! This week’s title comes from @DanaSchwartzzz. 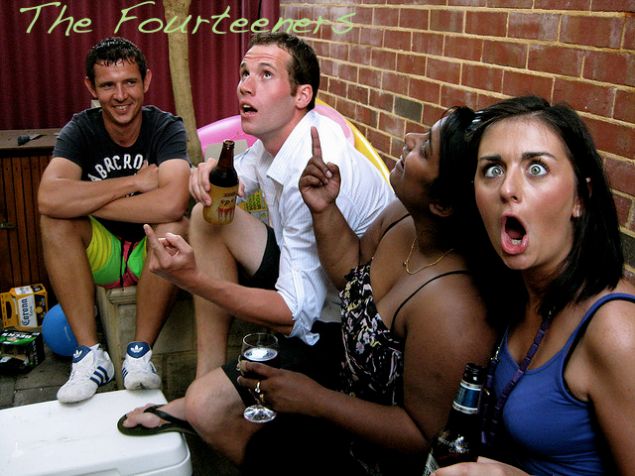 Last week, after Liam and Aiden’s much-think-pieced sex scene, I wrote about my concern that The Fourteeners was feeling a little “edgy for edgy’s sake”- falling into the shock value trap that befell Skins and Degrassi before it. This week, I’m worried that it isn’t feeling shocking enough, although maybe that’s just because of how high The Fourteeners has set the bar. I mean, this season alone, we’ve had a pregnancy scare, a murder trial, the aforementioned sex scene between the two aforementioned centaurs, and a wedding.

…You might be wondering how a teen drama about Irish fourteen-year-olds (now, two seasons in, sixteen-year-olds) discovering themselves and also discovering that they are mythological creatures has managed to be relatable to everyone from your preteen cousin to your fortysomething coworkers.

In the off chance that someone is reading this who is not hooked on The Fourteeners (though if that’s the case, you either have a cadre of friends who keep enthusing to you how much you just haaaave to start watching, or you’ve been scrolling past thousands of Fourteeners gifs everyday on Tumblr), you might be wondering how a teen drama about Irish fourteen-year-olds (now, two seasons in, sixteen-year-olds) discovering themselves and also discovering that they are mythological creatures has managed to be relatable to everyone from your preteen cousin to your fortysomething coworkers. To you, my dear, uninitiated reader, I would say: “Watch ‘Par-teens’”.

Is it a brilliant episode of television? No. But when Liam (ghost Liam, not centaur Liam- the show still hasn’t quite figured out how confusing it is to have two Liams) finally confesses to his parents that he’s the one who drove drunk and crashed their car, even those of us who didn’t often get in trouble growing up can recognize Liam’s fear of his parents’ disappointment. It is a universally – and you’ll forgive the pun- human moment.

“Par-teens” begins as Fourteeners episodes often do, in Mr. O’Malley’s science classroom, where Aiden is refusing to look centaur Liam in the eyes, even as they give a presentation on the laws of gravity (it’s a little on the nose, but what can you do, it’s pulpy Irish teen TV). After class, Sean calls them on their strange behavior and Liam whinnies a mighty centaur whinny to shut him up. Even so, Sean tells Maeve about it, and she immediately suspects what we all know to be true.

Meanwhile, Colin announces that his parents are in Cork visiting his grandma, which means, in true party boy and also zombie boy Colin style, there’s gonna be a house party!

I was sort of wondering when the big “the gang throws a house party” episode was going to be. It’s a staple of the teen drama genre, but then, The Fourteeners has never been bound by convention. Even so, a house party is the perfect tinderbox to ignite the bubbling tensions between the five friends. And so Aiden, Sean, Liam, Liam, and Colin- whose friendships are both stronger and more strained than ever at this point in the season- set out to piece together the perfect house party.

Meanwhile, Maeve is hatching a plan to catch Liam and Aiden in the act at the house party. She texts Liam (ghost Liam- seriously, did no one think maybe they should have changed one of their names?) that she’s under the weather and won’t be there tonight, and enlists Sophie to act as her eyes and ears at the party. Sophie, with her giant secret crush on Sean, is all too happy to comply.

Colin’s biggest challenge to get the party off the ground is his fourteen-year-old sister, Ryanne, who says she’ll keep his party a secret, but only if he helps her talk to Sean, on whom she also has a giant secret crush. With Ryanne’s compliance, the party is off and running, as long as the Liams come through with the alcohol.

And the Liams do come through with it, although they have to borrow ghost Liam’s parents’ new car and drive to a grocery store where no one will recognize that they’re under eighteen. It’s a much more low-stakes purchase than it would be on a similar American show, but the real drama comes on the car ride, where centaur Liam confesses that he thinks he’s in love with Aiden. Ghost Liam nearly crashes the car out of shock (foreshadowing!) and tells centaur Liam that he can’t do that to Maeve.

But centaur Liam’s priorities have never really been Maeve, have they? We saw him abandon her in the cave on that school trip in the season one episode “Teens On the Beach”. Later, after she testified against her best friend Siobhan in the murder trial (Season 2, episode 4, “Teens on Trial”), she tried to seek comfort from Liam who was off getting high. I hope catching Liam with Aiden will prove to be her last straw in this relationship, but I’m jumping ahead of myself.

Later, at the party, Sophie and Ryanne both jockey for Sean’s attention. Sean is initially more interested in Sophie, with whom he’s had a flirtation for the past few episodes, but then a portal opens up in the middle of the house and Zargana, the evil wizard who cursed the boys with their supernatural powers, challenges them to a fight for the continued success of this party. Colin uses his powers of being part-dragon to get in the first blow with his fire breath, then Aiden and centaur Liam ride in and use their super Centaur strength to punch Zargana right in his evil face. Zargana tries to get in a retaliation strike, but doesn’t realize he’s aimed for the wrong Liam, and it goes right through him. Finally, Sean, who’s also a wizard, re-opens the portal as Aiden pushes him back inside as he vows a swift and deadly revenge.

Meanwhile, Sophie is keeping her eyes out for any evidence of Liam’s infidelity. She goes to the back room to which Liam and Aiden have disappeared, but by the time she gets there they’ve already closed the door. She gets back out into the main party, and sees Sean and Ryanne making out, and, heartbroken, runs out of the house, just in time to see Maeve crying on the sidewalk. Maeve had talked herself into thinking she was wrong about Liam, came to the party, and had been standing outside smoking, right near the window where Liam and Aiden came in and started hooking up. Sophie and Maeve leave, and vow their revenge.

Aiden wants to re-enter the party holding hands, but Liam laughs the idea off. Aiden is hurt, and tells Liam that either he has to come out or they’ll be over. He asks ghost Liam for a ride home, not realizing that he’s completely smashed. They take ghost Liam’s parents’ new car, and though Aiden tries to grab the wheel from the swerving Liam, they crash into a tree on the side of the road. Liam is okay, but Aiden is knocked unconscious and taken to the hospital. I really hope they don’t do another coma this season; the whole “Sean in a coma” thing from season one was so passé.

When Liam’s parents arrive at the hospital, they are livid, and ask Liam if he or Aiden was the one who crashed their car. At first Liam tries to say it was Aiden, but apparently he’s learned his lesson about lying from the whole “I’m not really a ghost” thing earlier this season. Liam is grounded, and feels horribly guilty for Aiden’s state.

True, this show is entirely adapted from Skins fanfiction and shot entirely in gifs, but it’s also a show about kids finding themselves.

The episode ends with Colin’s parents coming home early (of course), and the party dissipates- Colin is left to clean up the mess his friends left, and his friends are left to clean up the messes they’ve made of their own lives. It’s a nice metaphor, and one thing I really liked about “Par-teens” is not only that it had a wicked cool fight scene, but also that it really gets back to the show’s roots. True, this show is entirely adapted from Skins fanfiction and shot entirely in gifs, but it’s also a show about kids finding themselves. Sometimes that gets messy. It also left a lot of interesting things open for the second half of the season (although the informed viewer knows that Ian O’Brien, who plays Aiden, has already signed on for season 3 and therefore probably will wake up pretty soon) and I’m really looking forward to seeing where it goes. 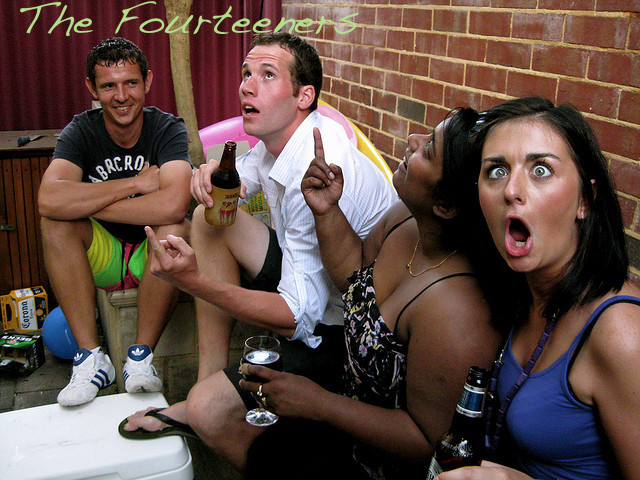