After all the hullabaloo caused by Marvel’s Jessica Jones, I think it’s time to shift the focus on over the the CW. The network, through the sheer power of a man with a bow and arrow, a dude that can run real fast, and an 800-pound CGI gorilla, created a connected universe large enough to debut what looks like one hell of an epic team-up event — Legends of Tomorrow, debuting January 21.

The gist of the series is, well, it’s kind of The Avengers meets Back to the Future. Immortal villain Vandal Savage (played by the incredibly named Casper Crump) has managed to subjugate the entire world in 2166, so time-traveler Rip Hunter is hopping back to 1975 to stop the mayhem before it starts. Basically, it’s DC Comics take on the Baby Hitler question. To help, Hunter puts together the craziest team of B-list heroes and villains that basic cable has ever seen — Green Arrow, The Flash, Atom, Firestorm, Hawkman AND Hawkgirl, Captain Cold, Heatwave, and White Canary.

Watch the trailer. Tell me it doesn’t look great. Tell me it doesn’t set off every nerdgasm point in your body. And that’s without even paying that close of attention. Let’s do a deeper dive to find all those sweet, sweet blink-and-you’ll-miss Easter Eggs.

THE AMULET OF ANUBIS

We’re treated shots to the immortal Mr. Savage’s journey through time, including a sojourn in ancient Egypt. To the left of that photo is a statue of the Egyptian god Anubis, lord of the underworld. And right in the middle is the DC Comics artifact the Amulet of Anubis.

Appearing in comic books as early as 1940, the Amulet was made by Anubis himself and given to a priest named Hetepkheti Tefnakhte or, somehow, Khalis for short. The Amulet contains part of Anubis, which Khalis used thousands of years later to come back to life and give Doctor Fate all kinds of issues. 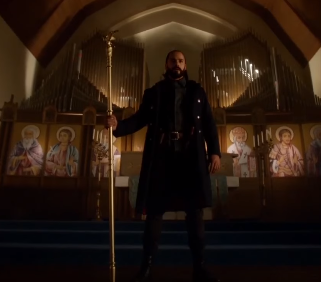 Fast forward a few millennia, and it appears the Amulet isn’t the only souvenir Savage took from Egypt. The Ibis-Stick, seen in Savage’s hands above, was crafted by a mystical Egyptian craftsmen (they had a lot of time on their hands back then) and then given to Prince Amentap. It’s one of those all-purpose kind of magic artifacts, granting the user the power to produce anything he or she can think of.

The inclusion of the Amulet of Anubis and the Ibis-Stick opens up all kinds of interesting doors for Legends of Tomorrow, including possible mentions and appearances of Doctor Fate or Shazam (or The Rock). It’s also interesting to point out that the Ibis-Stick already appeared in Constantine, the quickly cancelled NBC show that nonetheless just crossed over to CW’s Arrow. 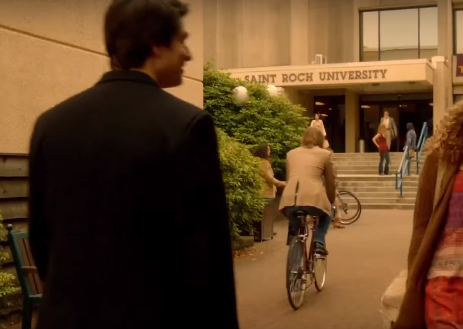 We see Atom strolling into the Saint Roch University of 1975. The city of Saint Roch is DC’s fictional take on New Orleans (there’s actually a small neighborhood in New Orleans named St. Roch, but you get what I mean).

It’s mostly notable as the home of Hawkman and Hawkgirl, both of whom show up in Legends of Tomorrow.

This sentence, said by Vandal Savage, is probably the closest we’ll ever get to seeing Superman and Batman on the CW, unless the network sells the entire cast of Reign to pay half Ben Affleck’s appearance fee. 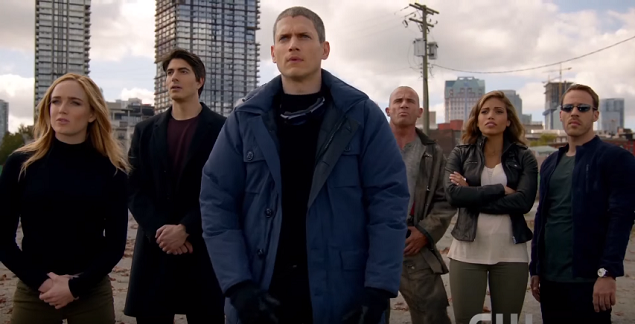 Filed Under: TV, Legends of Tomorrow, Constantine, Arrow, The Flash