A “Sheriff of Wall Street,” Senator Elizabeth Warren has been championing for consumers against the financial industry, leading the way to shape reforms in the wake of the 2008 recession. Her harsh criticisms impress significant influence over the Democratic Party and the Obama administration, and her relationship with Wall Street has been compared to that of Franklin Delano Roosevelt’s after the stock market crash of 1929 that led to the Great Depression.

Ms. Warren’s latest battle is against the annuity industry and the unfair kickbacks sales agents receive to push risky products on customers.

The insurance industry has peddled annuities to Americans for decades, often inviting prospects to free dinners with presentations on how annuities will provide customers with “guaranteed life income” or “income for life.” Annuities are tax-deferred savings and investment products issued by life-insurers, but the plans aren’t a one-size-fits-all solution for investors.

Warren uncovered a widespread practice of kickbacks to agents for sales that benefit the company and not the consumer.

In many cases, packages are sold under the false pretense of being in the best interest of the client, yet ultimately benefit the financial advisor much more. According to Ms. Warren’s report on the industry, “Research suggests that this loophole costs Americans an estimated $17 billion every year.” Kickbacks financial advisers earn from selling annuities include free meals, hotel stays, vacations to expensive resorts, gift cards, golf outings and all-expense-paid trips. That free dinner given to prospects often yields several, better quality versions for the advisors.

Ms. Warren asked fifteen of the largest Insurance companies in the country to disclose what they offered their insurance brokers. None of the companies offered complete responses to Ms. Warren’s inquiries, which she delivered in April 2015, and only two claimed to refuse paying non-direct or indirect non-cash rewards. Ms. Warren uncovered a widespread practice of companies offering non-cash kickbacks to agents in exchange for sales that benefit the company and not the consumer. Through loopholes, the kickbacks are legal, and Ms. Warren wants to close them to protect consumers.

Rules are not the enemy of markets. Rules are a necessary ingredient for markets that create competition and innovation.

The insurance companies admitted to these kickbacks (or indirectly creating conflicts of interest through kickbacks) to third-party marketing organizations, which passed the rewards onto to their agents. Current disclosure rules allow companies to bury the conflict of interests their agents have in selling annuities, and the regulations to deter kickbacks are not working.

In 2014, more than $235 billion worth of annuities were sold in the United States. They often don’t suit the needs of the customer, especially those already of retirement age, who suffer at the deception of their sales agent.

“The Department of Labor has proposed a new Conflict of Interest rule that would eliminate the worst sales practices of the annuity industry and the retirement investment advice industry more broadly,” Ms. Warren reported. “The rule would close the loopholes in existing law by requiring that all advisers who give retirement advice specifically directed to an individual investor must act in the best interest of their clients. This means that a retirement investment adviser cannot steer a customer to an inferior product simply because it boosts the adviser’s own income or comes with an enticing giveaway.”

In a speech she gave at the Levy Institute in Washington DC, Ms. Warren cited the 2008 recession as an example that rules are not the enemy of financial markets, but are necessary to their health, to protect consumers, ensure competition.

“For too long, the opponents of financial reform have cast this debate as an argument between the pro-regulation camp and the pro-market camp, generally putting Democrats in the first camp and Republicans in the second,” Ms. Warren said. “But that so-called choice gets it wrong. Rules are not the enemy of markets. Rules are a necessary ingredient for healthy markets, for markets that create competition and innovation. And rolling back the rules or firing the cops can be profoundly anti-market.” 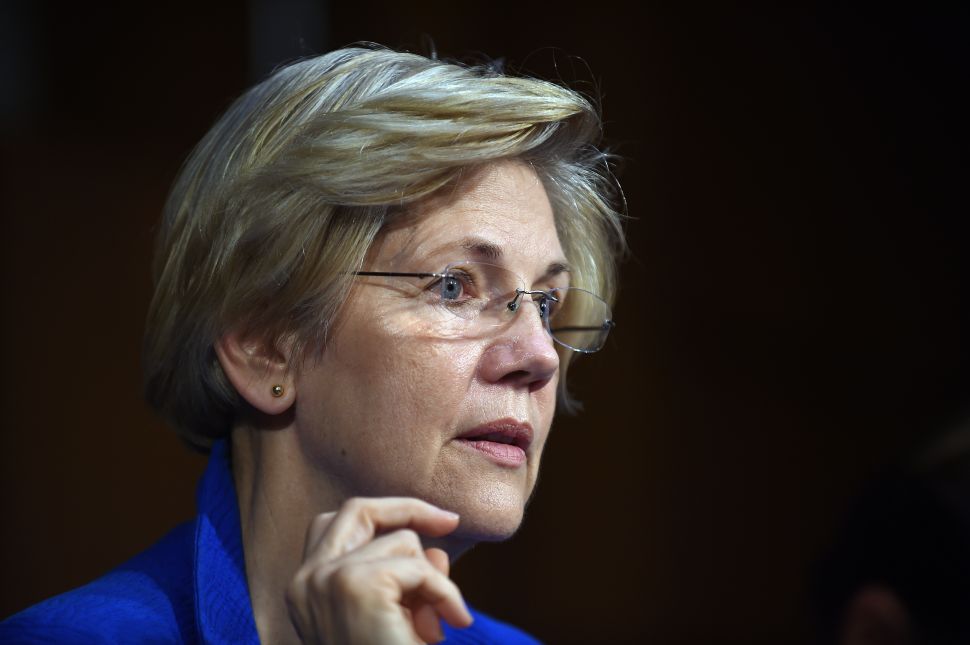