On June 28 2015, Elon Musk’s SpaceX suffered a catastrophic loss of their Falcon 9 rocket and unmanned Dragon capsule during Cargo Resupply Service Mission 7 (CRS-7) to the International Space Station. Now, a little over four months later, the company is completing its internal investigation with oversight from the Federal Aviation Administration and is gearing up for a launch next month.

“We appear to have had a launch vehicle failure,” said NASA commentator George Diller and heard from a loudspeaker on the causeway where myself and other reporters setup during launches. The explosion came as a shock to many as SpaceX’s track record boasts 18 consecutive successful Falcon 9 launches.

This was the seventh mission under a $1.6 billion cargo resupply services contract between SpaceX and NASA to provide 15 launches to the International Space Station.

Two minutes and 19 seconds after launch and about 27 miles into ascent, the Falcon 9 exploded while the second-stage was supposed to be igniting a thrust. SpaceX determined that the cause of the accident was due to the failure of a metal strut after the rocket’s 9 primary engines operated normally during the most intense stage of ascent.

The failed strut—provided by a manufacturer to SpaceX—leaked helium from a pressurized containment bottle which seeped into the tank and caused an explosion from rising pressure.

SpaceX officials have not set an exact date for the return-to-flight mission but estimate it will lift-off in mid-December from Cape Canaveral Air Force Station. An upgraded Falcon 9 rocket will be used to launch the ORBCOMM-2 (OG2) mission—11 relatively small tracking satellites that will be placed in low-Earth orbit for global communications company Orbcomm Inc.

“We are excited to launch our eleven OG2 satellites aboard SpaceX’s newly upgraded Falcon 9 rocket and have full confidence in SpaceX and their dedication to this launch,” said Orbcomm’s Chief Executive Officer, Mark Eisenberg

This particular mission was selected for the company’s return-to-flight so SpaceX can conduct an on-orbit test of the second-stage engine re-ignition system after Orbcomm’s satellites are deployed.

Starting an engine in the vacuum of space is crucial to any mission and as part of SpaceX’s investigation into the explosion of the Falcon 9, engineers are assessing a wide spectrum of the rocket’s systems to find possible vulnerabilities.

SpaceX officials have not alluded to any issues with the rocket other than the faulty strut which caused last June’s failure and have made it clear that testing of the second-stage reignition is to further validate that system and demonstrate the reliability of the Falcon 9’s redesign.

Testing during the ORBCOMM-2 launch is convenient because its payload won’t actually require a second-stage reignition since these lightweight satellites operate in a lower orbit. The test itself will occur after SpaceX officially completes the primary mission.

It’s evident that SpaceX isn’t taking any chances with the upgraded Falcon 9’s performance. Originally, the return-to-flight was being planned to launch a larger satellite built by global operator and communications service provider SES S.A based out of Betzdorf, Luxembourg.

“As we prepare for return to flight, SpaceX together with its customers SES and Orbcomm have evaluated opportunities to optimize the readiness of the upcoming Falcon 9 return-to-flight mission,” explained SpaceX in a statement. “All parties have mutually agreed that SpaceX will now fly the ORBCOMM-2 mission on the return-to-flight Falcon 9 vehicle.”

This launch of the SES-9 mission will also occur from Cape Canaveral pending the successful completion of the ORBCOMM-2 mission.

“This change does not affect the timeline for SpaceX’s return-to-flight mission which is still targeted to take place in the next 6-8 weeks,” said SpaceX. “The SES-9 launch is currently targeted for late December 2015.”

NASA is less optimistic about the timeframe of the SES-9 launch. An agency official at Kennedy Space Center indicated to the Observer that this launch will not happen this year.

As part of SpaceX’s long term goal of being a world leader in reusable rocket technology, the last 2 launches of the Falcon 9 included the task of landing the spent rocket in-tact on the company’s autonomous drone ships. The development of this technology is important to Elon Musk and his overall vision of making space exploration dramatically cheaper.

SpaceX will make another attempt to land the rocket after launching the ORBCOMM-2 mission.

SpaceX’s return to flight just 6 months after the Falcon 9 explosion might strike some in the industry as hasty and unusual. For instance, Orbital ATK Inc. has not yet returned to flight since their Antares rocket failed just over a year ago. However, Orbital ATK will be providing a Cygnus cargo freighter to be launched with a ULA rocket on December 3 for a supply run to the ISS. The company is expected to return to flight with an upgraded Antares rocket in mid-2016.

The exact date SpaceX chooses for its return-to-flight in December won’t likely be the day of the actual launch of the Falcon 9. Cargo Resupply Services Mission 5 (CRS-5) was scrubbed multiple times last December and the same occurred for CRS-6 a few months later. These delays can last from a day to a couple of weeks depending on weather conditions and the nature of the issue that caused the scrub.

The explosion of Cargo Resupply Services Mission 7 may cause SpaceX to be overly-cautious and scrub the launch of the ORBCOMM-2 mission few times over any hints of irregularity. 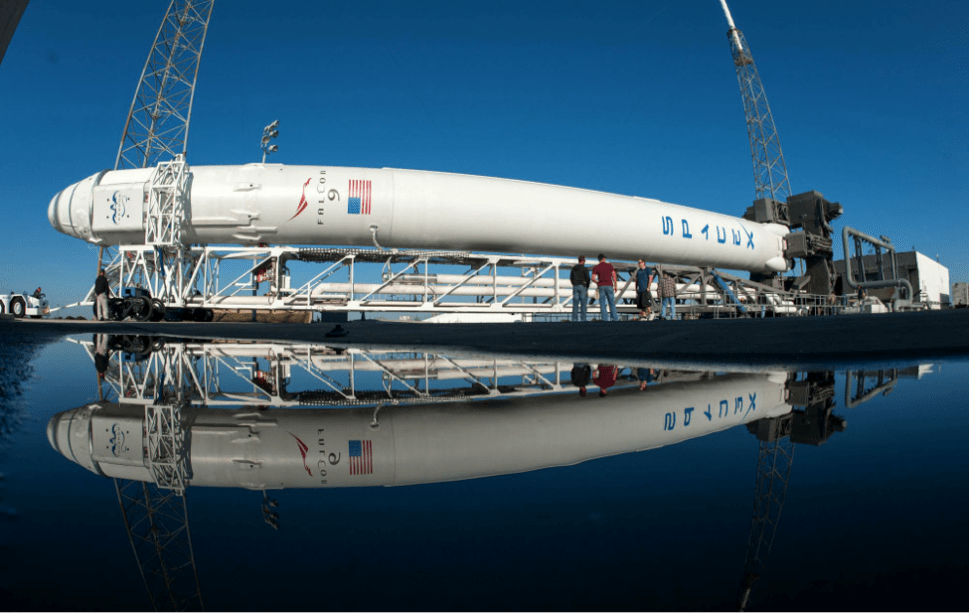