“I’ve always said, you’ve got Evangelical Republicans supporting Israel because they are building a stairway to heaven on the backs of the Jews in Israel,” remarked the head of the National Jewish Democratic Council at the 2015 Jewish Federations of North America General Assembly on Tuesday. Greg Rosenbaum, board chair of the NJDC, made his comment during a breakout session moderated by Jewish Insider founder Max Neuberger that included Matt Brooks, executive director of the Republican Jewish Coalition (RJC).

The session, “Inside the 2016 Election: Whither Go the Jews?” focused on the 2016 election and the Jewish vote.

During a discussion about Democrats’ dwindling support for Israel in contrast to Republicans’ more robust support, Mr. Rosenbaum questioned GOP motives, alluding to recent comments by former Minnesota Republican congresswoman Michele Bachmann calling for intensifying efforts to bring into Christianity “as many Jews as we can.”

The NJDC board chair was responding to his GOP counterpart who cited a Gallup poll that revealed 83 percent of Republicans support Israel compared to 48 percent of Democrats. Referring to Republican support for Israel, Mr. Rosenbaum said, “In the 83 percent that support Israel, what are their motives? Are they supporting Israel as a natural homeland for the Jews and to some extent a reaction to the millennia of persecution? Or are they in support of Israel because it represents the avenue for people who are evangelicals to get to heaven?”

Mr. Rosenbaum continued, “I’ve always said, you’ve got Evangelical Republicans supporting Israel because they are building a stairway to heaven on the backs of the Jews in Israel. We don’t get to go with them, unless—as Michelle Bachmann said over the weekend—all of the Israeli Jews convert to Christianity, as soon as possible. So you have to look beyond the numbers to really understand how the parties shake out in support of Israel.”

‘I find Mr. Rosenbaum’s comments offensive both to Led Zeppelin and Evangelical Christians—we should not be ascribing motives to our friends who support Israel.’

In statement provided by the Jewish Federations of North America to the Salomon Center, spokesperson Rebecca Dinar said, “Federations work closely with pro-Israel churches and church leaders across the continent. We strenuously object to any characterization that calls into question their motives for supporting the state of Israel.”

Christians United for Israel (CUFI), the nation’s largest pro-Israel organization, is demanding Mr. Rosenbaum apologize “to the millions of Christians he stereotyped and slandered.”

“Under what rock has this man been living? I simply cannot believe that in 2015 he still publicly professes such smug anti-Christian bigotry. As a people who have suffered so much from lies about our faith, we should be the last to traffic in lies about the faith of others,” said David Brog, CUFI board of directors. “If he ever bothered to talk to pro-Israel Christians, Mr. Rosenbaum would learn that believing Christians support Israel for the same reasons as observant Jews. This support has nothing to do with salvation, which Christians believe stems from faith alone. Christian love of Israel is rooted in the promises of the book of Genesis. And Christian support flows from a moral worldview that can distinguish between Israeli decency and the evil of radical Islam. I wish people like Rosenbaum exhibited a similar moral clarity.”

“I do find Mr. Rosenbaum’s comments offensive both to Led Zeppelin and Evangelical Christians, who have demonstrated their unhesitating and passionate defense and support of Israel during some of the most difficult times Israel has faced,” quipped Mr. Brooks. “The reality is that we should not be in the business of ascribing motives to our friends and to people who want to support Israel.”

One former Israeli government official told the Salomon Center, “One does not build bipartisan support for Israel by baselessly attacking our Christian allies in America. If Mr. Rosenbaum wants to enhance the U.S.-Israel relationship he needs to focus on building progressive support for Israel instead of tearing down conservative Zionists.”

The Salomon Center attempted to contact Mr. Rosenbaum for further comment. He did not respond to our requests. 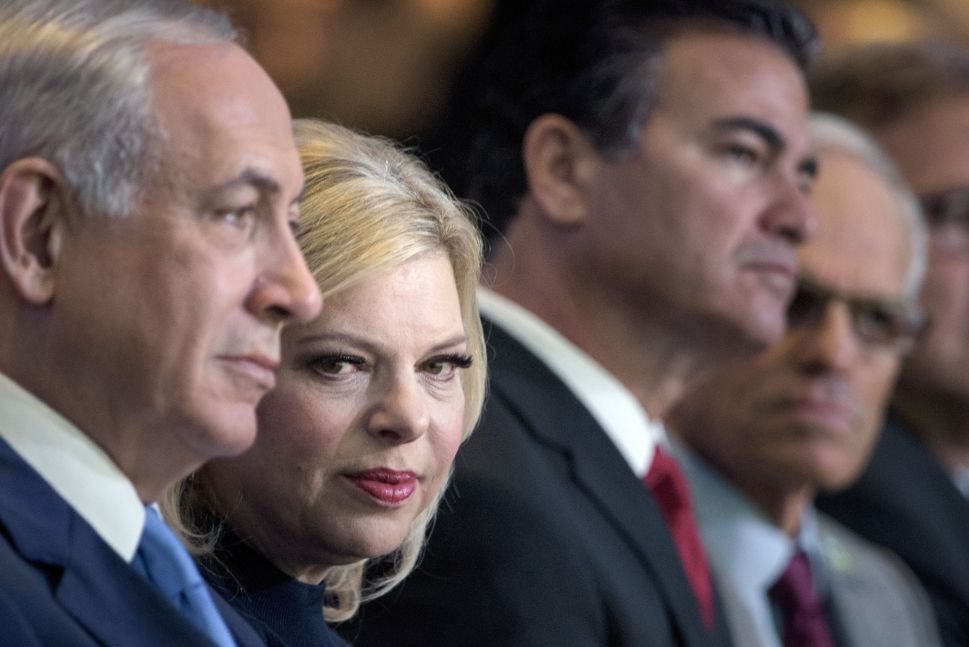