When I talk to people about Fargo—an event which has taken place with increasing regularity as the show’s magnificent second season progresses—the concept that recurs most frequently is that the series is a world unto itself. “If they could sustain this magic in this wonderful world they’ve created for six seasons,” one friend said to me, “I’d be so, so, so happy.” Perhaps the best testament to creator Noah Hawley and company’s creation of a fully functioning universe up there in the blood-stained snow is that it’s governed by a system of moral physics all its own. “The Gift of the Magi,” this week’s episode, makes one of those laws clear: Optimism is for the homicidal or the suicidal alone.

In the latter category, we have Ed Blomquist, the good-hearted dullard whose commitment to covering up his and his wife’s killing of Rye Gerhardt is both naive and now near-total. When Peggy quite sensibly suggests that they run, since both the cops and the Gerhardts are now hot on their scent, it’s now he who insists they stay put and continue with the lives they’d planned. (Well, that he’d planned, anyway; Peggy’s secret birth control pills predated the hit-and-run with Rye.) For the first time this season, Peggy really clicked as a character, finally displaying the sharply realistic judgments that would seem to suit her jittery personality; it makes her eventual decision to abandon the idea of running on her own, sell their car, and use the money to buy the butcher shop both a touching display of commitment to her relationship and a heartbreaking bit of backsliding into obliviousness. “So, that’s great, y’know, thank you, but we gotta go,” Ed says to her, having barely escaped an assassination attempt by the Gerhardts and a subsequent fire at the store with his life; their past optimism about being able to lead a happy life is now nothing but a footnote.

Chris Gerhardt had equally high hopes for his coming career, though success in his chosen field would have meant the end of the line for Ed. Despite his father Bear’s wishes, he elbows his way into the assignment to kill “the Butcher of Luverne,” who’s been transformed into a vicious hitman in the story his uncle Dodd and the family enforcer Hanzee sell the acting boss, his grandmother Floyd. But faced with the prospect of killing Noreen, the lovely bookworm who works at the shop and who takes an instant liking to him, he backs down and buys some cold cuts instead. Then he calls the family ranch, agreeing to go back to school instead of trying to get involved in the business. When he finally tries to go through with the hit, he discovers Noreen hasn’t vacated the premises, and in the disaster that follows only Noreen and Ed’s good samaritanism prevent him from burning up in the ruins of the shop.

On the opposite side of the Gerhardt/Kansas City gang war, Mike Milligan is just as bullish about his prospects for advancement as Chris initially was. Absent from the first full-scale engagement of the conflict—a Gerhardt ambush on a KC hunting party that leaves a Kitchen Brother dead, a zoning commissioner with half a head, and captain Joe Bulo with no head at all—the genial hitman takes the massacre in stride. “I’m an optimist,” he says to Simone Gerhardt, who’s supposed to be his inside woman but who had no intel on this operation whatsoever. “So when I see this,” meaning Joe Bulo’s severed head in a box shipped to his hotel room, “I don’t think the sky is falling. I think ‘That, sir, is the sound of opportunity knocking.’” Large-scale bloodshed is Milligan’s path to advancement.

Remind you of any politicians you know? This episode marks the long-awaited arrival of Ronald Reagan, played by a brilliantly cast Bruce Campbell as a man a lot like Mike Milligan. They share the same all-smiles, just-folks demeanor, warm syrupy voice, belief in the triumph of the right side, and utter disregard for those in the wrong. The big difference, as Lou Solverson discovers while he escorts the former actor and governor on a campaign swing around the state, is that unlike Milligan, Reagan has no first-hand experience with the kind of violence his militant outlook views as righteous. As the two of them stand side by side in the men’s room, Reagan praises Lou’s service in Vietnam, then inflates his own World War II–era career making patriotic movies about fighting the Nazis with the real deal. Despite being struck damn near dumb by the larger-than-life figure, Lou still can’t abide the pollyanna routine. Returning to Vietnam, he then continues, “I wonder if the sickness of this world…if it isn’t inside my wife somehow…the cancer…do you really think we’ll get out of this mess we’re in?” “Son, there’s not a challenge on God’s Earth that can’t be overcome by an American,” Regan replies. “And I truly believe that.” “Yeah,” Lou counters, “but how?” The Gipper simply smiles and walks away. He’s not selling solutions, not really—he’s selling the belief that there are solutions. The specifics are as irrelevant as they are illusory.

Fargo’s America is an America still struggling with the fallout from its immoral war in Vietnam, an America in which mom-and-pop businesses and blue-collar workers are slowly being exterminated by bigger organizations; that’s what this season has employed murderous metaphor to demonstrate. What Reagan offers this America is placebo patriotism, a city-on-a-hill sugar pill that substitutes solipsistic certainty in our righteous, boundless future for the real thing. How will this bait-and-switch work out? Ask Betsy Solverson. You can find her at her kitchen table, struggling to swallow medicine that may or may not save her life. You know where you can’t find her? Alive and well 25 years later, in Fargo Season One. 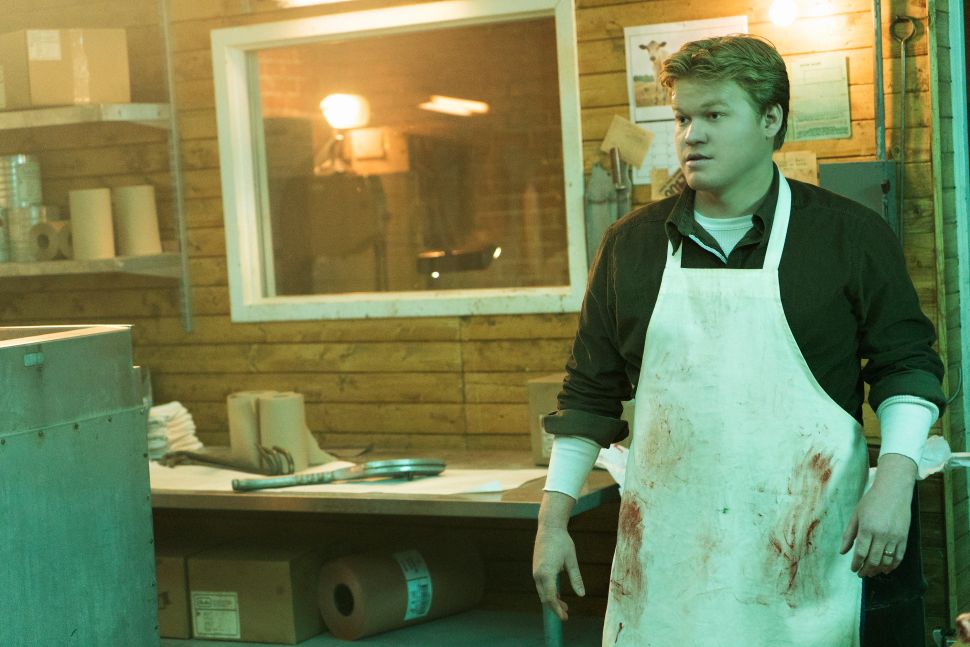