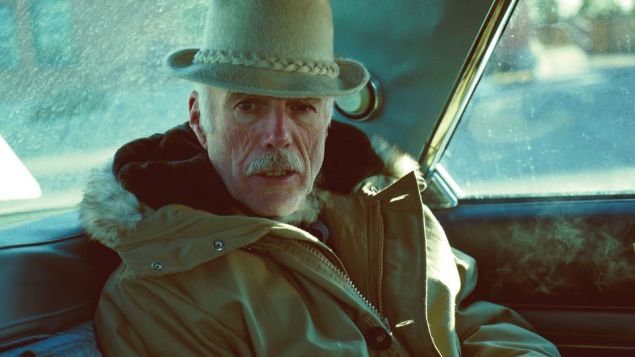 A ten-gallon hat and character actor underneath on Fargo. (FX)

There are better shows than Fargo on TV right now, but I’m so anxious to watch each new hour of Minnesota noir every week that I almost forget what they are. Nearly halfway through its second season, it’s clear that showrunner Noah Hawley has once again put together a preposterously compelling crime series, one that leaves you fiending for the next episode the way Breaking Bad, Mad Men, The Sopranos, True Detective, and Game of Thrones have at their peaks. Simply put: Fargo is fucking riveting.

That “Fear and Trembling,” this week’s episode, is as gripping an installment as any so far is a testament to how well the stuff that’s working is actually working, because not all of it is. Surprising as it is to say, the Kirsten Dunst/Jesse Plemons material is the season’s weak spot. Some of that weakness is structural. Both the cops—in the persons of Patrick Wilson’s Lou Solverson and Ted Danson’s Hank Larsson—and the crooks—led by Zahn McClarnon’s Native American Vietnam vet/Gerhardt enforcer character Hanzee Dent—have connected the dots between Rye Gerhardt’s Waffle Hut massacre and his subsequent hit-and-run disappearance and death so quickly that the couple’s cover-up hijinks feel superfluous. Yes, the scene in which Hanzee breaks into their house and makes a beeline for the fireplace Ed never bothered to clean after he burned Rye’s clothes, or the one in which Lou calmly but firmly refuses to accept their bullshit as he warns them that they’re probably wanted by the mob, are a lot of fun, the way the onset of disaster often is on this show. But who needs to watch and see if Peggy & Ed will fuck up if their pursuers are so shrewd that it doesn’t even matter?

The bigger problem, though, is with the Blomquists themselves. It’s simply been tough to buy them as characters. Plemons was born to play a doughy midwestern nobody who stumbles bass-ackwards into murder and mayhem because he’s too dumb to do otherwise, sure; it’s easy to see a guy like this becoming so fixated on his near-term goal of buying a butcher shop that everything else falls by the wayside. But as written, Peggy seems too bright to be this dim. Driving away from the scene of the accident is one thing, but the decision to cover it up never rang true, let alone the no-nonsense way in which she tried to do it. Ditto her choice to prioritize a new-age self-actualization course over the family business: Putting her own needs and desires first is a worthy cause, but when stacked directly against bounced checks, not to mention the virtual guarantee of sexual harassment by her “I am woman, feel me grope” boss, it just seems stupid and self-defeating. Which is perhaps the point, but then that’s not a level of small-minded idiocy an actor with the star wattage of Kirsten Dunst is capable of selling. She’s too present on the screen, particularly given the character’s nervous energy, to recede into that kind of internal incoherence.

What is working, then? Aw jeez, where do you wanna start? The beginning’s as good a place as any, I guess: a flashback sequence staring a quite convincingly aged-down Michael Hogan as Gerhardt patriarch Otto in his prime, taking down the man who killed his father and stole his criminal empire by using his elementary-school-aged son Dodd to stab him in the back of the head. “Boy’s gotta learn how men are,” Otto says, at a moment when it looks like he’s about to be executed in front of his son. Looks like he already taught him.

Or how about the continuing adventures of Bokeem Woodbine’s Mike Milligan, the world’s calmest hitman? I can’t decide when he was more fun to watch: during the eye-candy aftermath sex with Dodd’s prodigal daughter Simone (a dynamite Rachel Keller), in which he alternates hard truths about the ‘70s being the ‘60s inevitable hangover with laconic admiration for her insertion of her thumb up his ass; or during the tremblingly tense attack by him and the Kitchen Brothers on Otto Gerhardt’s handlers in a parking lot outside a doctor’s office, when he tells the old man “Joe Bulo says hi!” with the tone of a pediatrician offering a child a lollipop.

Or maybe it’s the episode’s seemingly neverending series of conversational face-offs. You’ve got Lou and the Blomquists: As they continue to run game, the cop launches into a story about the unique look in the eyes of soldiers in Vietnam who were dead but didn’t know it yet. “You’ve got that look,” he tells them. “You still think it’s Tuesday. You have no idea what’s coming.” You’ve got Hanzee and the fellas down at the auto repair shop, including Nick Offerman’s Karl Weathers, who seems to quietly, physically swell into the standoff like a guy who believes in his heart this is the natural way of things. You’ve got Brad Garrett’s Joe Bulo and Jean Smart’s Floyd Gerhardt, whose sit-down to negotiate terms of a mob merger alternates businesslike pleasantries with proclamations about wiping each other off the face of the earth. For Bulo it’s a promise (and a business write-off), but for Floyd it’s an existential bluff; when she’s called on it, largely due to Dodd’s shenanigans, their teary, tender embrace in the car on the way home from the meeting says all you need to know about how fucked they know they are now. And in a very different sense, you’ve got Lou and Betsy Solverson (Cristin Milioti, making an impression in a role that could easily be overshadowed), staring right into the camera as her oncologist tells them the “war on her body” can only be won with the coin toss of a clinical trial in which she’s as likely to receive a sugar pill as a miracle drug. Each of these scenes is shot with an eerie stillness, as if the camera simply sets up the stage and lets the performers decide their own fate. They’re marvels of tension, of both the life-and-death and god-this-is-making-me-cringe varieties. As is Fargo itself. 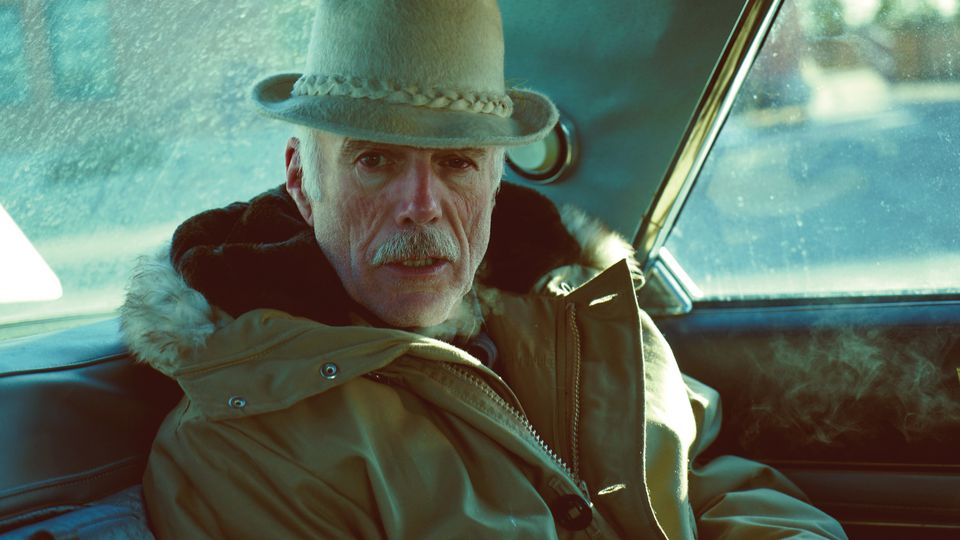