At a celebration at the Harbor Pines Golf Club in Egg Harbor Township, Assemblyman Chris Brown (R-2) announced his victory alongside party chairman Keith Davis and county executive Dennis Levinson. With Davis offering cautious congratulations to the crowd, Brown called the victory “provisional,” after the ballots of the same name that stand a small chance of changing the returns.

As of Wednesday morning, Assemblyman Vince Mazzeo (D-2) and Brown were still being called the winners.

On his campaign this year and its strong showing against the more than $2 million levied against it from the General Majority PAC and its backers the NJEA, Brown credited voters with seeing past the group’s attack ads on behalf of Mazzeo.

“I think that the hard-working men and women of Atlantic County saw through the attempt to buy their vote by just throwing money at a campaign. And it is really humbling to be selected by our Atlantic County families, to represent them.”

Brown said he is not holding out hope for any more bipartisan cooperation in Assembly than on the campaign trail when it comes to the state budget and teachers’ pension shortfall.

“We do the same theatrics year after year,” he said. “And it’s unfortunate that the NJEA showed themselves to be a political arm of the Democrat party as opposed to an independent union working for the good of everybody.”

On the ongoing question of a North Jersey Casino referendum, which defined both sides’ attacks and saw Brown’s camp going after Mazzeo for a whited-out signature on Brown’s own resolution opposing the move, Brown said he believed the decision was largely out of legislators’ hands.

“Right now, 56% of people in New Jerseyans don’t want gambling in our state. And yet we have a handful of power brokers who are insisting that for the good of the people, they want to put it through.”

Brown said that he is ready to continue fighting against the referendum in the interest of Atlantic City’s flagging economy, and of what all parties have described as a need for in-state competition to hold until the area can diversify into the fabled “destination resort.”

“Mr. Mazzeo said he spoke with leadership so I’m anxious to see Mr. Mazzeo and the leadership put off North Jersey casinos and keep it off from a vote,” he said. “Like Will Rogers, I never met a man I didn’t like, so I will continue to reach across the aisle and offer my ideas to Vince.” 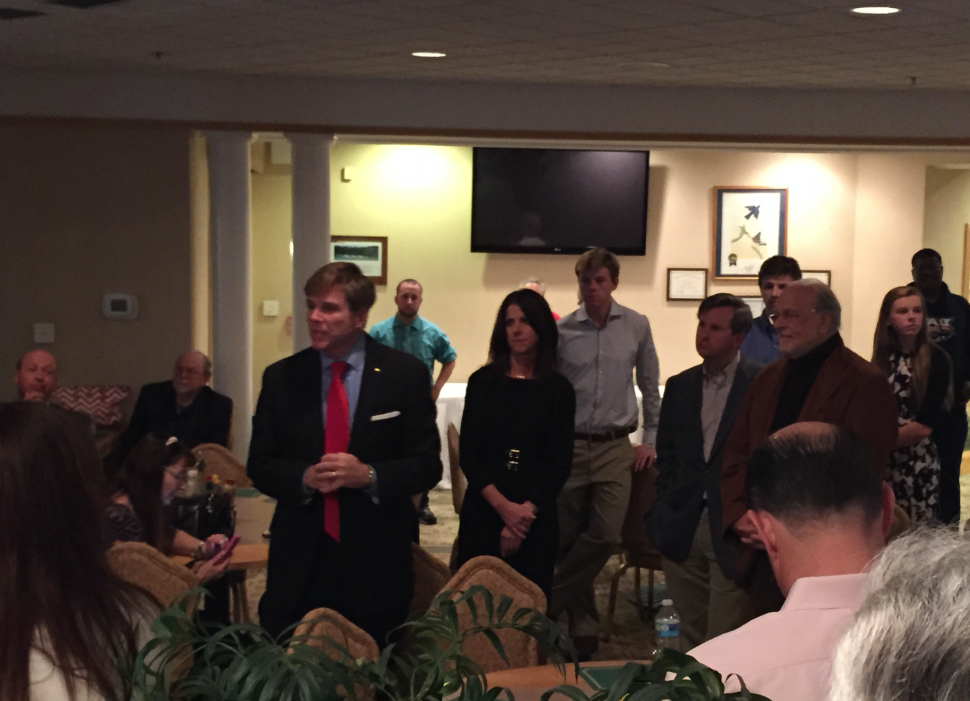