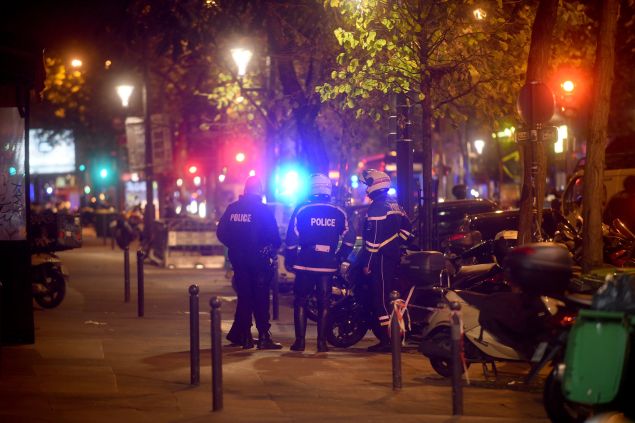 Policemen patrol the streets during gunfire near the Bataclan concert hall on November 13, 2015 in Paris, France. Gunfire and explosions in multiple locations erupted in the French capital with early casualty reports indicating at least 60 dead. (Photo: Antoine Antoniol/Getty Images)

At least 100 people are dead after shootings and bombings in Paris, including near the Stade de France, where the French national soccer team was in the process of beating Germany 2-0. The Germans, it is safe to say, have already been beaten. France’s terrorism problem has not. French President Francois Hollande, who was attending the game, subsequently declared France’s first national state of emergency since 1945.

France has been plagued with terrorists attacks since its war in Algeria in the 1950s, when its army was busy inventing the modern style of counterinsurgency. In the modern age of Islamist terrorism, which gathered steam after the Iranian Revolution and Afghan jihad against the Soviets, France has been a remarkably bold actor in fighting Islamist movements at home and abroad. Mr. Holland has sent troops to Mali to fight al-Qaeda there and is far more hawkish towards the Islamic State than is America’s other auld continental ally, the United Kingdom.

It is a constant struggle. Terrorist attacks against French newspaper Charlie Hebdo in January killed 12 people in its first throes, and 5 more as the gunmen escaped. In terrorism terms, France is almost the anti-America. The United States has been relatively safe from terrorism over the past decade and a half, Fort Hood and the Boston Marathon notwithstanding. But that absence has also lent its debate about security a certain academic quality. Metadata collection versus privacy. The safeguards of FISA courts versus a 0.03 percent warrant rejection rate. Rand Paul versus Rubio, on the need to fight terrorists in the Middle East versus fighting them at home.

We are fortunate that this debate seems academic; it has languished because the costs of a disaster are rarely brought home to us. Why keep paying in rights for something that seems overkill? Seems silly. But not in France.

There will likely be two outcomes from this bombing/hostage situation/barbarism. First, France will undoubtedly react fiercely. Despite the Iraq War-era perception of the French as weak, they will almost certainly redouble their efforts to crush that symbol of international jihadism, the Islamic State. The French have always retained influence in the Levant, where it spent decades as the guarantor of Christian safety. Mr. Hollande will almost certainly throw himself further into the fight, even as Canada, under its new Prime Minister, has withdrawn.

Second—and more significantly—Europe is finally going to have to address the problem of refugees from Syria and elsewhere in the Middle East. German Chancellor Angela Merkel’s cabinet, already upset with her decision to accept nearly a million refugees and migrants to Germany, will likely put its foot down. So will the German people. So will other Europeans. The Hungarians and Poles don’t look so reactionary now. Before any more refugees arrive, the Continent has to answer the basic question of why young Islamic men turn their guns on their countrymen, and leave to join ISIS. The jury is still out, and now they need an answer. We need an answer as well. 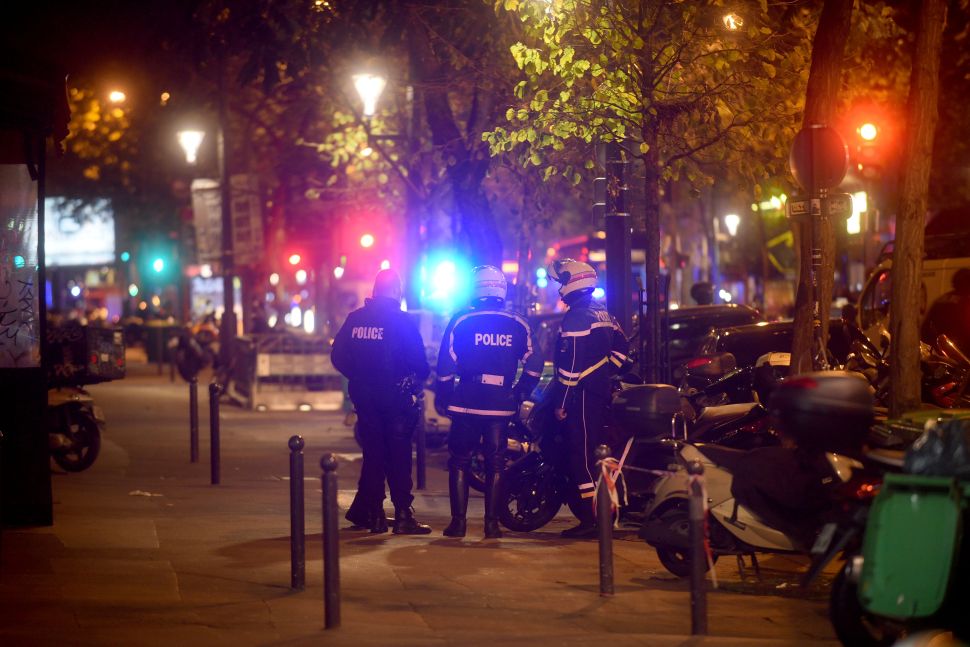