The world’s smallest wireless headphones should’ve been on thousands of heads all over the world by now, but in what’s shaping up to be another Kickstarter gone wrong, they remain non-existent.

We’ve seen this time and time again. A Kickstarter project raises a ton of money, millions in some cases, and then the creators can’t produce the product as promised. So what happens? If we learned anything from our extensive investigation of CST-01, the world’s thinnest watch, backed for $1 million and still non-existent three years later, it’s that backers are out of luck.

Recently, a very similar case has been unfolding on Kickstarter with a project called PUGZ, which raised almost $1.5 million in early October. When PUGZ made its Kickstarter debut, it was not only advertised as the “world’s smallest wireless headphones,” it was also touted that they would charge through your phone. It turns out, the creators can’t come through on that promise.

After sharing a few public updates thanking backers for their support and saying that “everything is going great,” the creators have now published an update breaking the news that they will not be able to provide the phone charging feature for iPhone users.

This update was published privately so that only those who pledged money could view it, but the Observer was able to obtain it from a backer.

Here is a portion of the update, which blames Apple for this mishap (sic):

Hope you are all doing well and once again thanks for your support and collectively taking us this far. It’s now been a couple of weeks since we last had an update for you guys. The reason for that is that we have been waiting for a response from Apple regarding the MFI approval (Editor’s note: MFI stands for “Made for iPhone” and refers to Apple’s licensing program) for the charging on the go solution.

Unfortunately Apple has decided to not give us permission to draw current from Apple devices to charge PUGZ. We are extremely disappointed and surprised at the same time. They just recently launched the Apple Pencil which has the exact same functionality we have requested for, charging on the go.

As there are no technical obstacles it is clear that Apple just don’t want US to do this before they do. Big companies putting a stop to great invention’s in this manner is the main reason we started PUGZ. At this moment our hands are unfortunately tide and we have no more options.

How will this affect you? This will not affect any product functionalities for android users. If you are an iOS user the only affect will be that you will not be able to charge your PUGZ through your iPhone, but you still have all other functionalities as Android users. The only option for the charging cable is micro-USB, which includes a USB converter so you can charge your PUGZ through a laptop or wall outlet.

The update goes on to explain that this setback means they have to redo the hardware design. They will also need to redo their FCC/CE certification, which will cost them more money and take one month minimum. Additionally, because they’re using the same design for both iOS and Android operating systems, this will also affect Android users and cause delivery to be delayed by at least two months, they predict.

In a cheerful tone, the update also points out what the creators believe to be positives that will come out of this setback. They claim this will give them “the opportunity to incorporate some technical updates [they] had planed for a later version into your product.” Although it seems the CST-01 may have been doomed from the start, it became obvious that things were taking a sharp turn for the worst when the creators started tinkering with the design, changing materials, hardware and basic design features. Doing more R&D after you’ve been funded is not only risky, but irresponsible to backers who pledged money for what was presented to them, which they believe already went through development. Without even considering these extra changes, after the now necessary hardware adjustments are made, it’s very possible the headphones may no longer qualify as the world’s smallest. That situation would be a near mirror image of what happened regarding the thinness of the CST-01 watch.

Following this announcement, many of PUGZ’s 10,000 backers are enraged. IPhone users especially are disappointed the creators won’t be able to deliver the main feature of the product and are claiming to have lost trust in the creators. Many are claiming they will no longer back Kickstarter projects after this, and a ton are seeking refunds.

Kickstarter doesn’t offer refunds, and the creators of this project haven’t publicly spoken to these requests. But it’s incredibly unlikely they’d issue any, especially while they’re only a few months in and are still working on the product. For this reason, several backers have taken a more direct route to their cash and have contacted their banks and credit card companies, asking them to refund the charges. One backer claims that Kickstarter froze his account after he went to his credit card company. A portion of his comment on the campaign page reads:

FYI, Kickstarter froze my account as of yesterday because I filed a CC dispute against them. Unbelievable. They are actually asking ME to drop the dispute. They have 45 days to respond to the CC or it’s a permanent chargeback. They should be focusing their time on responding to them, not me at this point. They actually sign it “Kickstarter Integrity”. Oh the irony.

And to make matters worst, after being funded, the PUGZ creators carried their crowdfunding effort over to Indiegogo, where they’re continuing to accept pre-orders despite the major obstacles they’ve run into. They have posted an update regarding their failure to secure MFI authorization on Indiegogo as well, but one would have to go to the updates page to see it. The main campaign page still reads like this product and the charging feature are a sure thing and could easily fool a potential backer who doesn’t dig into the updates and comments.

It’s early in this project and very early into the many problems that seem to lie ahead, and already we have so many questions. Why didn’t the creators get the MFI approval before promising this function to backers and taking nearly $1.5 million from them? Why did the creators assume they could get this approval and why did Apple deny it? Is there any alternative solution? Backers have been looking into the latter themselves, and it’s not looking promising. In fact, a wireless headphone company based in the UK took a look at the project and concluded that what PUGZ promised isn’t actually possible at all.

We have reached out to the creators to find out the answers to these questions and have yet to hear back. 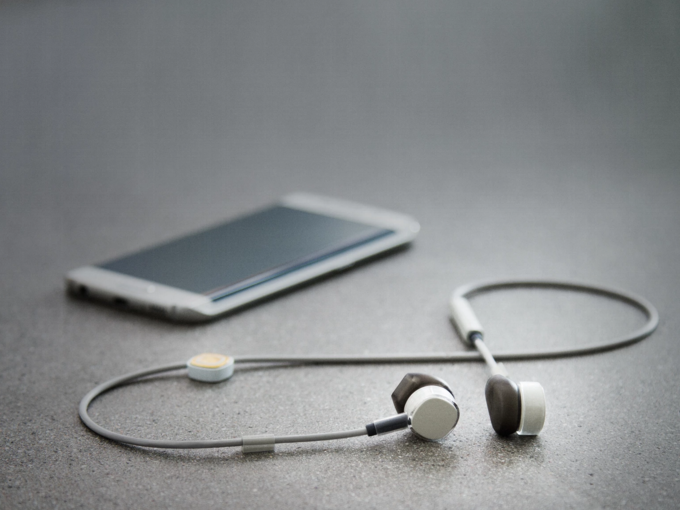