Too little attention has been given, I think, to Gallup’s decision not to do horse-race polling this election.

Granted, the choice was a very practical and self-interested one, given Gallup’s—and other major pollsters’—performance in recent elections. In its final 2012 poll, Gallup had Mitt Romney over Barack Obama by 1 point—a miss of 4.9 percentage points from reality. Whoops.

There are many possible reasons for the preeminent pollster’s fall from the race—for one, the fact that many more of us don’t have landline phones, with names and addresses and other data associated, which pollsters can call to quiz us.

I have a fantasy that the real reason for Gallup’s retreat is Americans are fed up with pollsters and with the horse-race coverage they power and so we’ve ganged up in a grand national conspiracy to game them and make them look like fools. A lot of good that would do anyway. On TV, in newspapers, everywhere, horse-race coverage is still the norm, fed by plenty of other polls.

We, the people, are reduced to the most simplistic expression of political will: numbers or colors and blotches on maps, robbing us of nuance, conversation, and true debate.

My friend Jay Rosen, journalism professor and blogger at New York University, has for one been railing against the horse race for years. He tells me that he sees progress in other areas of political coverage—the generally accepted concession that he said/she said coverage and false balance are unworthy as well as the rise of fact-checking, for example. But horse-race coverage? No progress there.

“In a horse race world, polls are a baseline reality,” Mr. Rosen wrote way back in 2004. “They can tell you who’s ahead but not why. And they are mute on a favorite horse race question: how things are going to ‘play out from here,’ as reporters and pundits say. For that we need savvy analysis, and this especially means the view of insiders, the savviest of all.” And that’s the real point of political coverage: the savvy insider needs evidence that he or she is on the inside and on the know and we’re not. Nya-nya-nya.

There’s much else and worse that results from polling and horse-race coverage: We, the people, are reduced to the most simplistic expression of political will: numbers or colors and blotches on maps, robbing us of nuance, conversation, and true debate.

“Public life started to evaporate with the emergence of the public opinion industry and the apparatus of polling,” wrote the late Columbia journalism professor

James Carey in 1991. “Polling (the word, interestingly enough, derived from the old synonym for voting) was an attempt to simulate public opinion in order to prevent an authentic public opinion from forming.”

If we have a stupid election it’s because we, the people in the position to affect that from media, aren’t making anyone any smarter.

The horse race further encourages the kind of show-biz campaign we have seen this time, primarily on the Republican side. Granted, one force at work there is antigovernmentism: The Tea Party insurgency has won its cause by losing its own election, convincing its disciples that everyone in government — including Republicans themselves — is tainted, trash to be discarded. The other force at work is clearly entertainment: election as reality show; poll numbers as meaningful as Facebook likes and Periscope hearts. Are our votes to be similarly devalued?

Before sitting down to write this, I was watching—not to damn him with faint praise—one of the more intelligent people in cable news, Fareed Zakaria on CNN, as he confessed he was confused about this election and so he said he was bringing in experts to educate him. And what did they do? Prognosticate about who’s ahead and who’s not, with less substance and reasoning than a Vegas bookie predicting an NFL game. I give up.

The real problem with horse-race coverage is what it crowds out: substance, of course. What should election coverage do? It should inform the electorate. How much simpler could the standard be? It should discern and then report on the issues that matter to the public. It should judge the words of the men and women seeking our votes against the obvious standards of truth and sense.

If we have a stupid election it’s because we, the people in the position to affect that from media, aren’t making anyone any smarter. We’re just Abbots and Costellos, asking, “Who’s on first?” 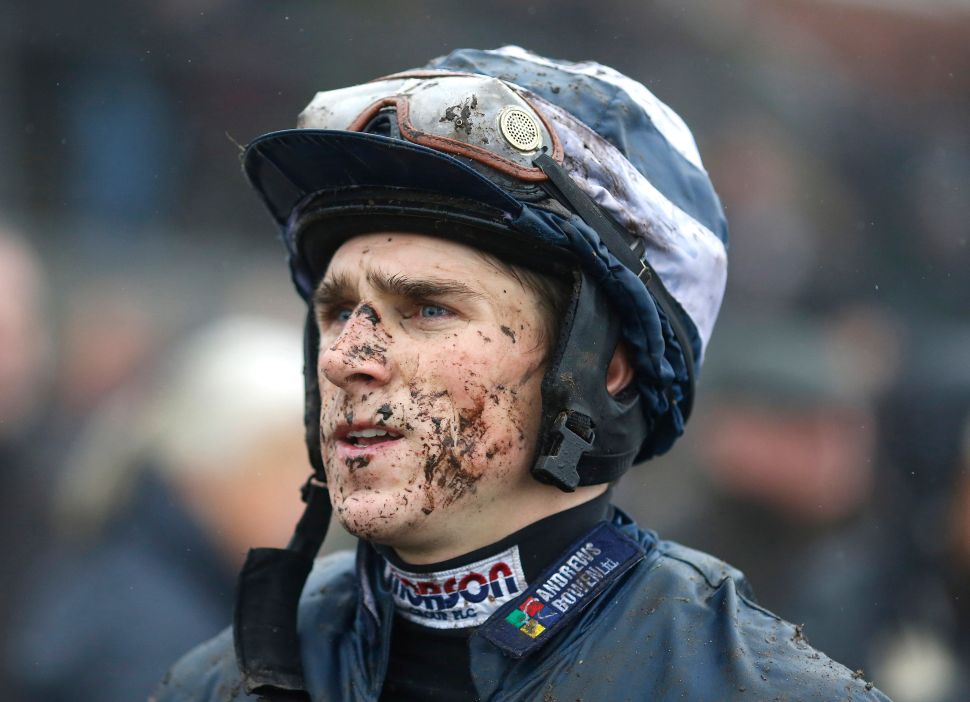