The more newsworthy tidbit confirmed by the poster up there, which ran today on HBO’s multiple social media platforms, is Game of Thrones will officially return for its sixth season in April of next year. But the news the internet at large picked up on is that the poster CONFIRMS JON SNOW IS ALIVE.

Uh, does it? Look at that picture again and tell me it 100 percent shows an alive person. Yes, I know even when he was definitely alive and kicking Jon Snow still had a face permanently stuck on mopey-mode. But would you really call his blood-stained visage on the poster the usual old morose Jon, or just…dead Jon? “But he’s upright!” you might yell, as if at no time in the entire sick, twisted history of Game of Thrones there wasn’t any occasion for a dead body to be propped upright. Maybe, I don’t know, with a wolf head sewn onto it.

Look, I know Jon Snow is probably alive. Actual riots would flood the street if David Benioff and Dan Weiss trimmed the character’s hair a few inches, much less killed him off for good. But I’ve also been pretty steadfast in my belief that the Jon Snow-watch is everything wrong with TV today. Let yourselves be surprised, people! But now HBO is feeding into it, dangling just enough Jon-bait to rile the masses yet again. You know, to get them talking about how the image’s eyes are blacked out, possibly because Jon was resurrected as a wight, and would therefore be sporting icy blue eyes, or maybe he’s come back with the purple eyes of a Targaryen, adding further speculation to the theory that…oh, dammit. I’m part of the problem, aren’t I?

Either way, we have five more months until winter comes. The question is…will it bring any Snow? 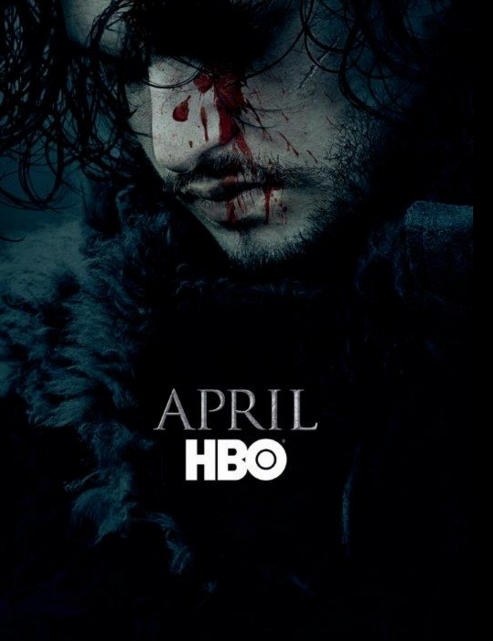