In general, military brass fall into two categories: either tight-lipped automatons who deploy military jargon as a defense or straight shooters who value transparency as vital to our democracy; count Lt. Gen. Robert Caslen, the Superintendent of the United States Military Academy at West Point, as the latter. In a recent phone conversation, Gen. Caslen spoke forthrightly about Iraq, retired officers who shill weaponry and the threats that “keep him up at night.”

Marie-Helen Maras of John Jay College of Criminal Justice recently told the Observer that America’s greatest hidden security risk is “the hacking and disruption of the ever-expanding Internet of Things.” Do you concur? It’s a threat not only to our military networks; it’s also a threat to our national economic systems. All of a sudden, you bust up the networks of our major corporations and you’re going to throw the entire free market into turmoil. And when America loses confidence in the markets, then you really have some challenges. The United States Army recognizes this threat.

You want to know the threat that keeps me up at night? It’s a Chattanooga shooter or a Boston bomber—a lone wolf. If you get a shooter that all of a sudden gets inside our cadet area, that’s a significant threat. So we are working very closely with the United States Army to harden our cadet perimeter.

Before leading West Point, you served in Iraq; describe your toughest day there. I was, [before Iraq] commandant of cadets, so I became very close with a couple of classes that graduated from here and a couple of those classes went to war with me. I had the distinct honor of not only developing these young men and women, but then leading them in combat. When someone whom I became really close with as a cadet was killed, it was an incredibly difficult day.

Do you think about one person? Daniel Hyde. He was from Modesto, Calif. He was one of the senior cadets in charge of the summer training and he ended up being a regimental commander, highly respected, just a great leader. I thought he always had potential, if he stayed in the army, to be chief of staff.

He was in a tough area and I knew that; Samarra is a Sunni city just north of Baghdad and it was ugly. When I had heard that there was an incident, the first thing I think about was, “O.K., I know Dan Hyde is there.” And I heard a lieutenant was injured and I go, “O.K., which lieutenant?”

They told me it was Dan Hyde. I remember I went down to the morgue and said goodbye. When we all went home, we invited all the parents and spouses of the soldiers that we lost to join us for the homecoming. So his mom and dad came and it was good to spend time with them, then I had the honor of speaking to his high school and visiting his grave.

Best day in Iraq? The best day is when you get the word that you’re going to have the honor of leading our sons and daughters.

Are you troubled by state of Iraq? We had seen the return of ISIS, we had seen the foot soldiers coming back across the border from Syria, we saw the government starting to divide itself and become more authoritative, alienating the Sunnis, all of which is currently being reported in the news.

What really bothered me more than anything is that the particularly the provisional leadership out there in Anbar and then in Nineveh was starting to embrace the return of what we used to call the Islamic State of Iraq and now it’s ISIS. They provided them safe haven and we knew that was the rebirth of ISIS.

When you think about that circle. Does it sometime feel as if U.S. soldiers died in vain? We’re not there yet. We’re working this hard. We know it’s going to be a long, tough struggle. I’m in support of what General [Lloyd] Austin [head of United States Central Command] is doing there. I’m in support of what’s going on over there and the work that they’re doing and I have some hope that it’ll end up with the right solution. So we’re not where it’s all been in vain—at this point.

What’s the biggest misconception civilians have about the military? That we’re knuckle-dragging warmongers who want to do nothing but engage in combat. That’s not really the case at all. Many, many great military leaders have said that the last person who wants to go to war is the military.

Should retired generals be allowed to leave the service and then sell arms to the Pentagon? Does that not sow cynicism about military service? I’m not going to do that when I retire. You can take that as a quote. I dealt with a lot of other former senior officers when I was in Iraq who tried to sell me a lot of stuff. I’m not going to peddle. I don’t like being a salesman. I’ll just put it that way.

READ: WHAT NORMAN SCHWARZKOPF TAUGHT ME ABOUT WAR 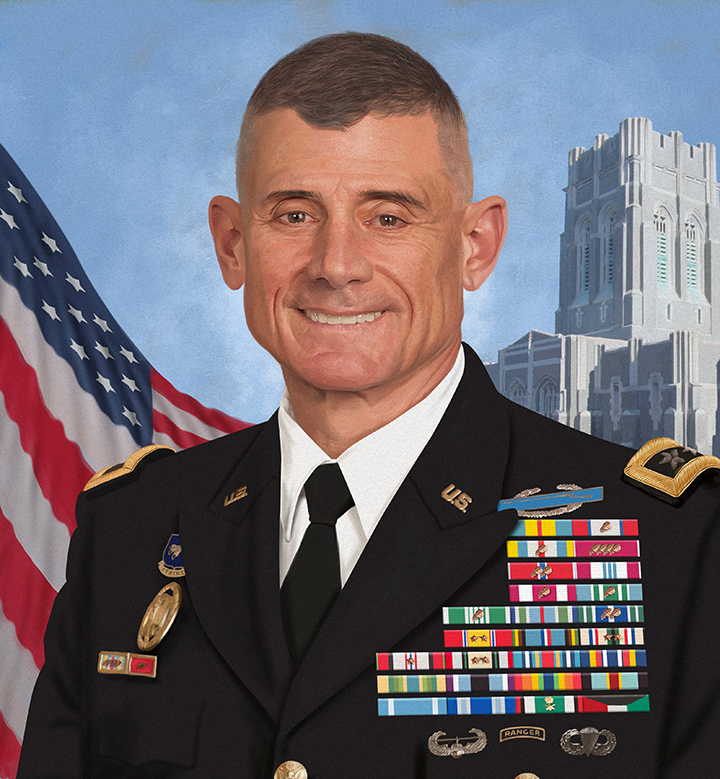